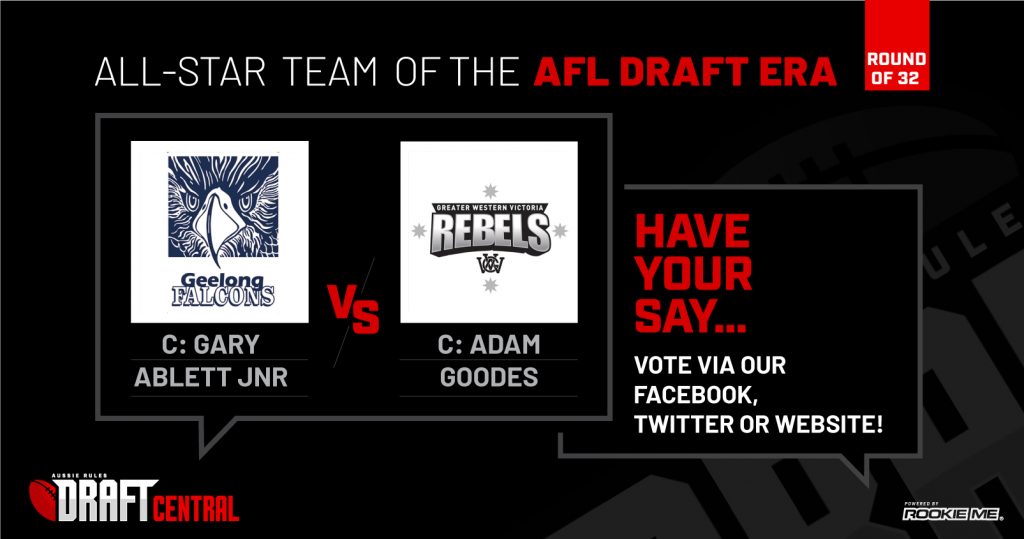 OUR next All-Star Team battle is between two Victorian regions in the Geelong Falcons and Greater Western Victoria (GWV) Rebels – formerly known as North Ballarat. The two captains voted in by the public as the All-Star Players of the AFL Draft era were Gary Ablett Jnr (Geelong) and Adam Goodes (GWV).

These clubs are seeded second (Geelong) and 15th (GWV) respectively, forming another Round of 16 clash in our draw. Geelong was one of two teams to enjoy a bye in the Round of 32. The winner will qualify for the quarter finals, set to face the victor of the Claremont vs. South Fremantle tie.

Both sides are absolutely stacked. There are Brownlow medalists, premiership players, and All Australians scattered across either lineup, which is to be expected come this stage of the tournament. There is some serious depth at play here.

Geelong is particularly adept in each area, boasting a formidable spine and a midfield which has pushed the likes of Ablett, Patrick Dangerfield, and Shaun Higgins out into the forwardline. Not many goals would be conceded against a back six which includes Matthew Scarlett, Nick Maxwell, and Luke Hodge, but plenty of majors are to be scored up the other end via Jonathan Brown and Scott Lucas. Add the class and grunt of Jimmy Bartel, Cameron Ling, and Travis Boak through the middle, and you have one hell of a team.

The Rebels lay claim to an even squad too, with a versatile defensive mix and a two-punch key forward combination of Drew Petrie and Jeremy Cameron. The midfield mix is another highlight, with Matt and Brad Crouch among the engine room alongside Brad Sewell, while the extremely versatile Sydney Swans legend, Goodes skippers the side as its starting ruck.

The one small area of concern for GWV could prove its lack of a true small forward, with Tom McDonald making it three key position forwards in the front six mix, while Shaun Grigg, Liam Picken, and Tim Notting fill out the line as players who arguably all plied their best trade further afield.

It is hard to look past Geelong in any clash, and this one is no different. The Falcons have produced a multitude of AFL stars and have them scattered across each line in this team. They will go deep in this tournament. The Rebels are one of the most prolific regions too, but just boast a touch less depth against the second-seeded side. 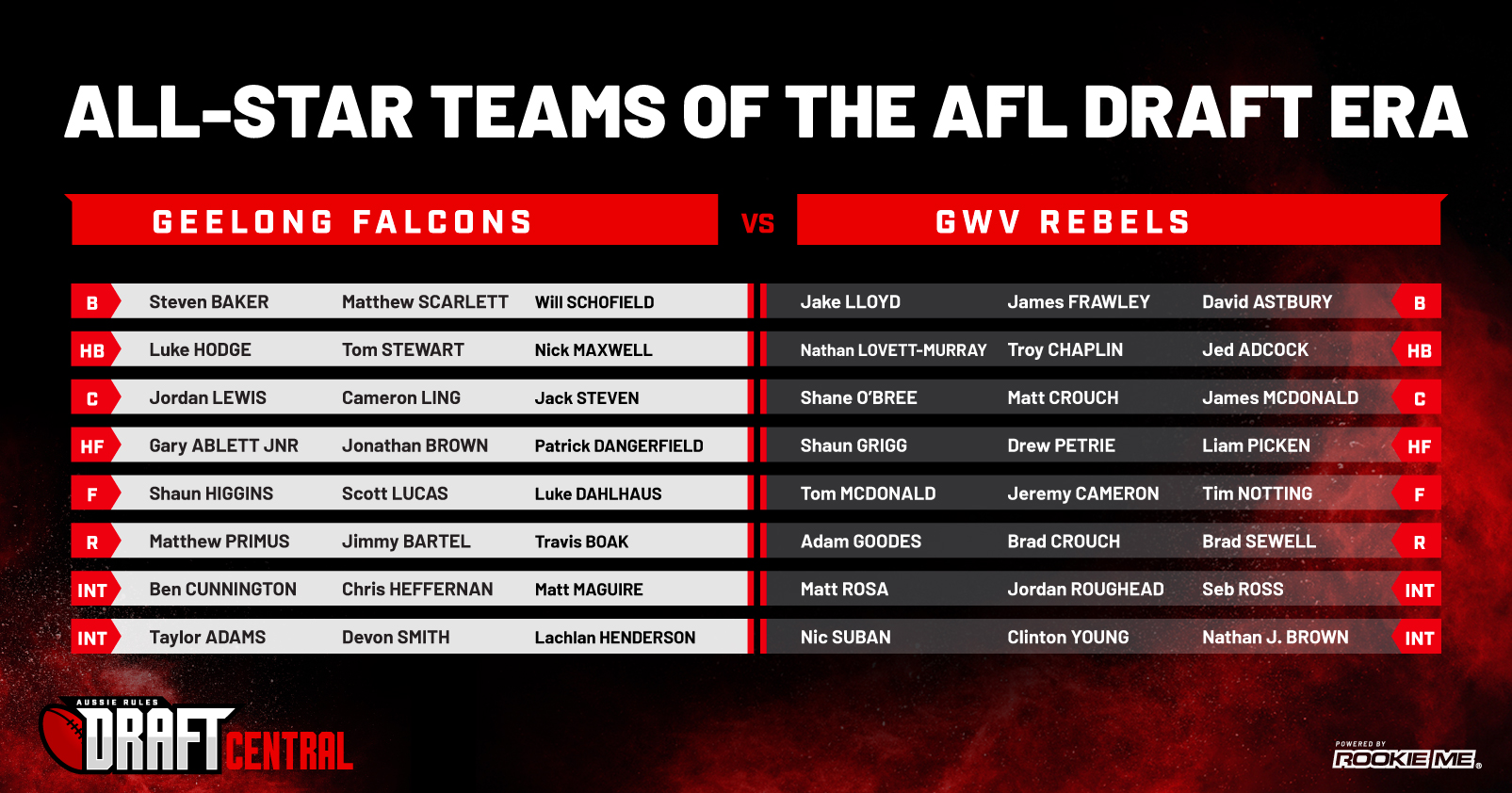