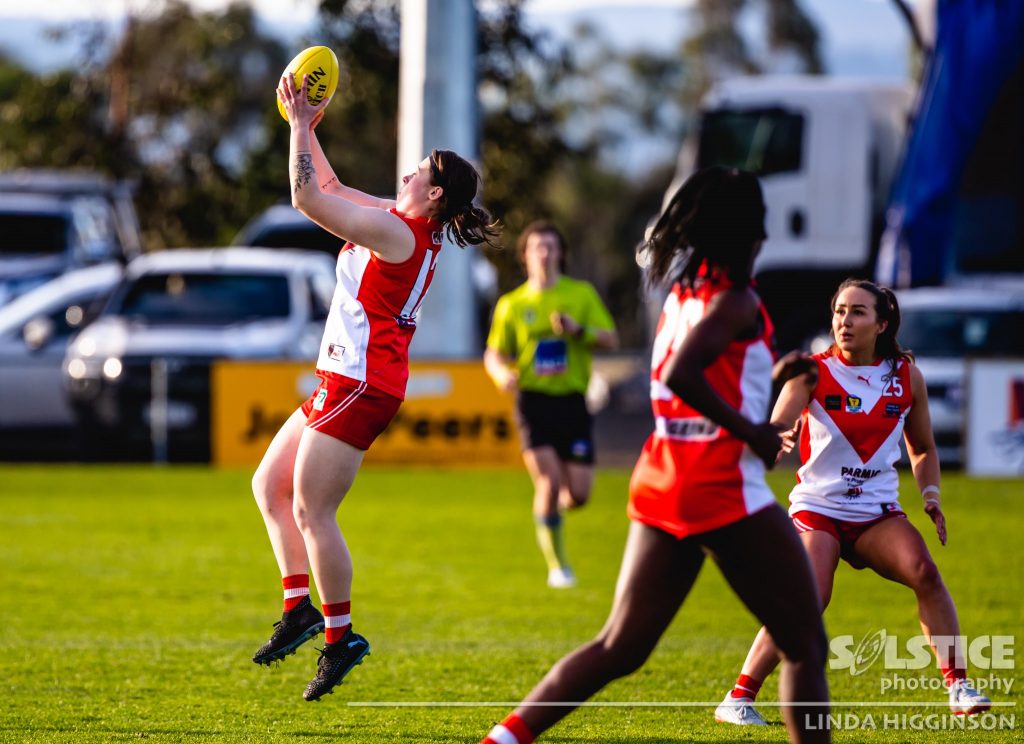 GLENORCHY and Clarence have secured their top three spots in the Tasmanian State League (TSL) Women’s finals series with impressive wins over bottom two sides, Tigers and North Launceston. While the existing 12-point difference was all but certain to be enough, the wins allowed the sides to move 16 points clear, rather than have that cut to just eight. It also allowed both sides to draw level with Launceston on 20 points, and the Roos having a game in hand.

The Magpies continued their great form with a comprehensive 76-point triumph over Tigers at KGV. Glenorchy had an inaccurate start to the game, booting 1.5 in the first term, 3.8 by half-time and 5.13 by the last change. The 43-point margin was not indicative of what the lead could be for the home team, though they had kept the league’s last placed team scoreless in the first three quarters. Keeping up with their recent form though, Tigers booted a goal in the final term to ensure they score, but Glenorchy also found its kicking boots, piling on 6.3 in the final term to run away with an 11.16 (82) to 1.0 (6) victory.

Sarah Skinner proved a match-winner with four goals, as the Magpies had seven other individual goalkickers chipping in. Among those who kicked goals and were also named in the best, were Elise Barwick, Zoie Crawford and Laura Negri. Madison Shaw and Gennaveve Sullivan were the other players named among their side’s best in the win. Elsie Lamb kicked the Tigers’ sole goal in the final term, while Priscilla Odwogo, Olivia McKee and Hailee Baldwin all impressed for the visitors.

Clarence did all of its work in the first half, then held on against a determined North Launceston side to win by 21 points at Richmond Oval. The Roos booted three goals to one in the opening quarter, then repeated the effort in the second term to lead 6.3 to 2.1 at half-time. The 26-point lead was comfortable, but the Bombers would go on to kick the last goal of the game in the third term, and draw within 21 points prior to the game being called off in the quarter due to an injury.

Melanie Wise and Jacinta Limbrick were stars for Clarence, kicking a couple of goals each and named among the best for the Roos, while young guns Netty Garlo and Amy Prokopiec also hit the scoreboard. Katherine Johnson and Brianna Oates were also impressive in the victory. For the Bombers, Zoe Bourne was nominated her side’s best and kicked one of the three goals, while Bonnie Farrell and Emily McKinnell also snagged majors. Carly Farrow and Sophie Townsend also stood tall despite the defeat.