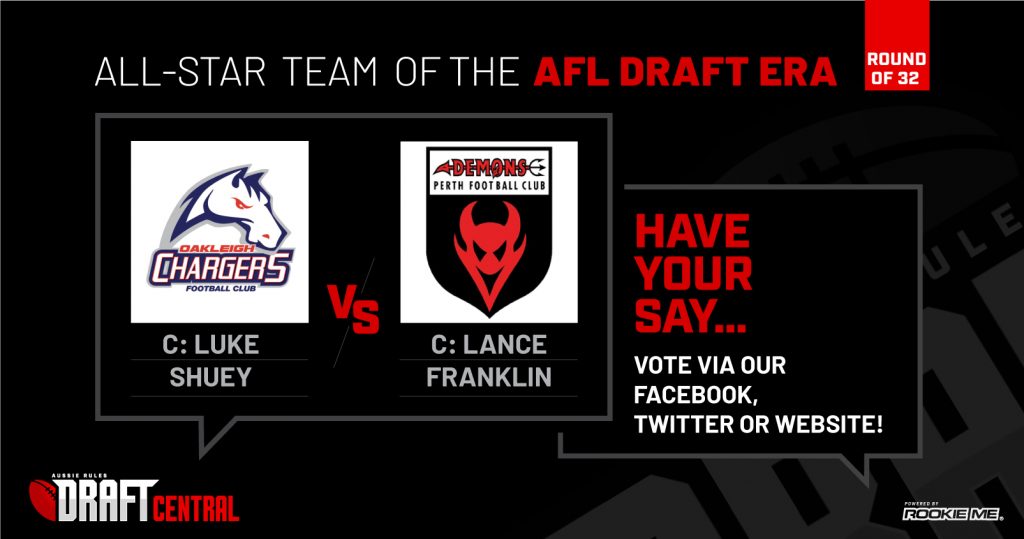 OUR next All-Star Team battle is the final one of the first round, which features a Victorian club and West Australian club in Oakleigh Chargers and Perth Demons. The two captains voted in by the public as the All-Star Players of the AFL Draft era were Luke Shuey (Oakleigh Chargers) and Alex Rance and Lance Franklin (Perth Demons).

Oakleigh Chargers are the 13th seeds in our draw, with Perth Demons not far behind, ranked 20th overall in the mid-table logjam where not much separates the sides.

The Chargers have an elite midfield that bats really deep, from the inside talents of Jack Macrae and Dan Hannebery with Marc Murphy, to the outside run of Shuey and Andrew Gaff. The forward line is damaging with the likes of Robbie Gray, Toby Greene, Jordan De Goey and Jack Billings joining Luke Power. With Darcy Moore as centre half-back and Josh Gibson coming across as the third tall, the defence should have great intercepting ability, whilst Todd Goldstein will control the ruck.

The Demons have a very impressive spin. Led by Franklin at centre half-forward who teams up with Earl Spalding inside 50, and Darren Glass and Michael Johnson down back, the tall stocks are quite good. They have a really hardened midfield with Jaeger O’Meara, Troy Cook and Mark Coughlan running around.

The Chargers lack a little in defence, with Bret Thornton the second best key position player, and the depth for small defenders being a little weaker than other sides. Their forward line is undersized, though still provides X-factor, but would need to use the ball well with a lack of height in there.

The Demons just do not have the same depth as the Chargers and whilst their midfield is very good and they have some unbelievable key position players, the bottom half of their team drops away.

Oakleigh Chargers are predicted to be heavy favourites in this one due to the abundance of recent players. Whilst they might struggle against top ranked sides in defence, their midfield is elite and their forward line damaging, so expect them to advance. 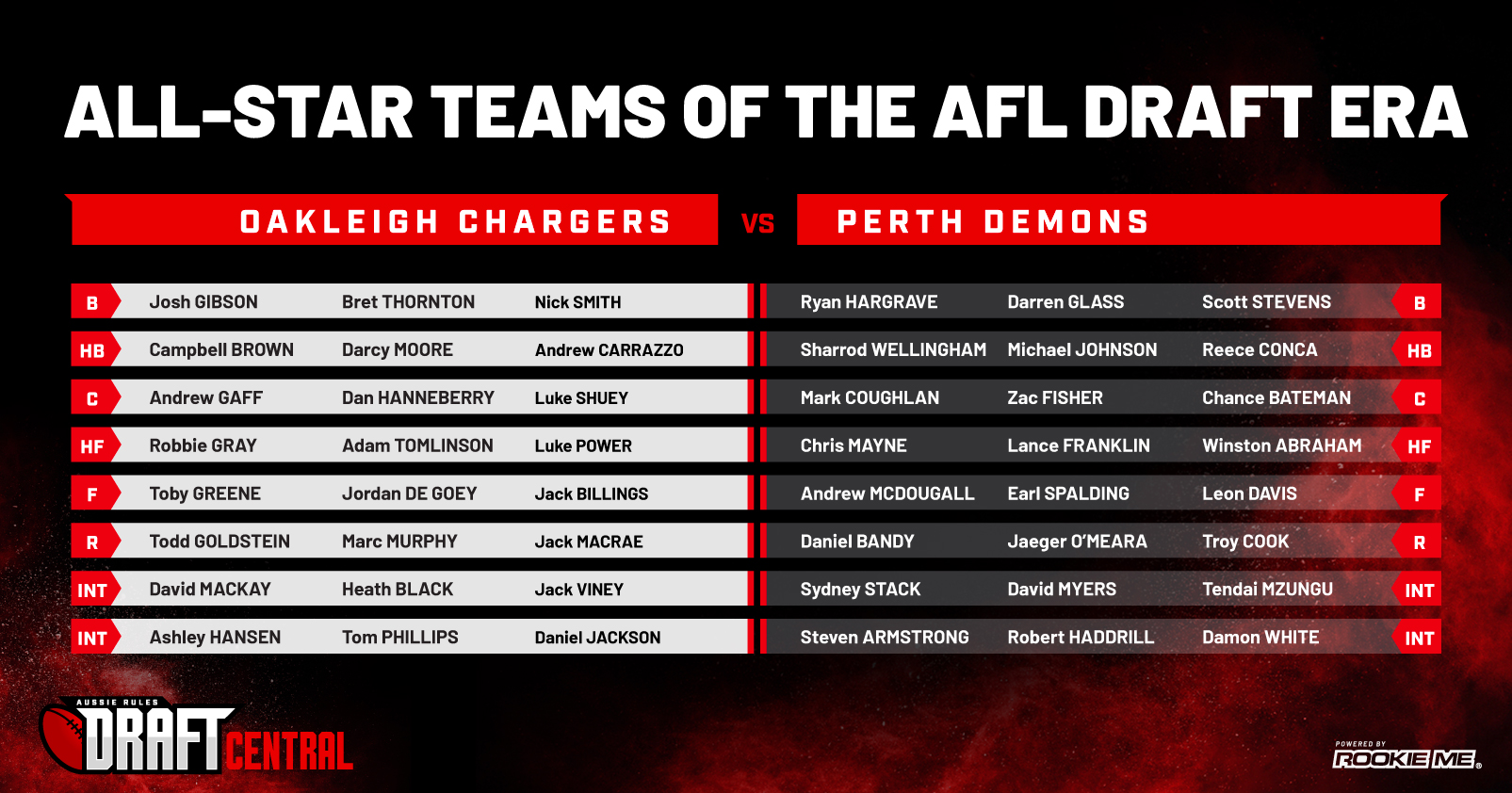