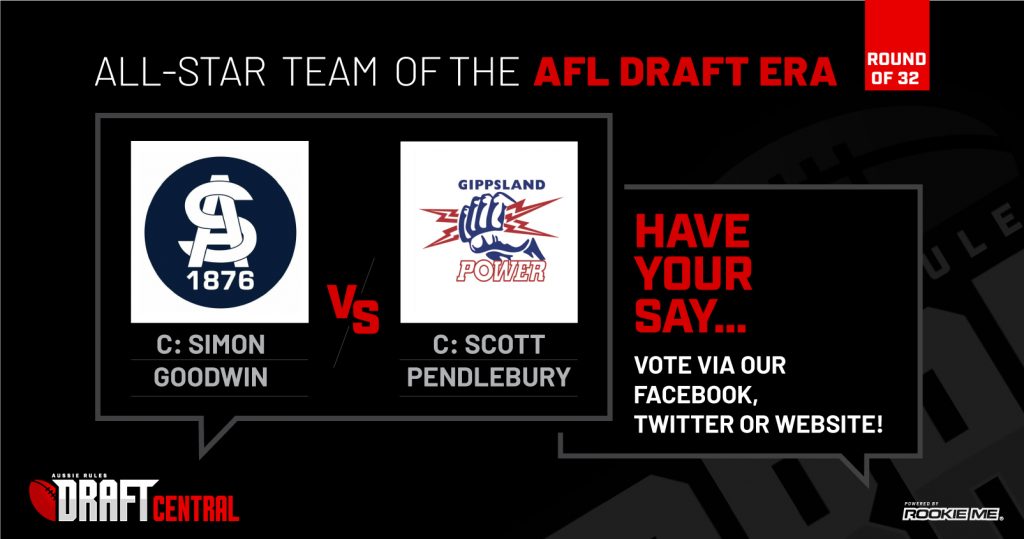 OUR next All-Star Team battle is one between a Victorian region in Gippsland, and a South Australian club in South Adelaide. The two captains voted in by the public as the All-Star Players of the AFL Draft era were Scott Pendlebury (Gippsland Power) and Simon Goodwin (South Adelaide).

These clubs are seeded 14th (Gippsland Power) and 19th (South Adelaide) respectively, forming another Round of 32 clash in our second half of the draw. The winner will qualify for the Round of 16 stage, set to face the victor of our Port Adelaide Magpies vs. Peel Thunder tie.

The midfield is undoubtedly South Adelaide’s strongest line, boasting over 650 games of AFL experience through the centreline and a star quartet at the centre bounces. Captain Goodwin is at the heart of it all, alongside fellow Adelaide Crows champion Mark Bickley, Ryan Griffen, and ruckman Brendon Lade. A couple of small defenders also complement Nigel Smart down back, in Michael Doughty and current Western Bulldogs gun, Caleb Daniel.

Gippsland’s midfield is also quite talent rich, with its skipper in Pendlebury also on-ball, joined by Collingwood premiership teammate Dale Thomas and Essendon captain Dyson Heppell. The star trio even pushed Brendon Goddard out onto the wing, alongside Richmond fan favourite Greg Tivendale. The Power’s proposed forwardline is also handy, laying claim to another current AFL captain in Sam Docherty, who would provide great rebound with the likes of Robert Murphy, Jason Gram, and David Wojcinski.

Mark Stevens is a slightly undersized choice at centre half-forward for the Power, although the height of Leigh Brown and marking power of Tim Membrey should make up for it alongside Jarryd Roughead. The team doesn’t particularly hold any glaring weaknesses otherwise, which is why it’s so solid.

Conversely, South Adelaide’s squad perhaps lacks the bench depth of Gippsland’s. Jason Torney is also undersized at full back, while the forward six lacks a bit despite the presence of Luke Darcy and Alwyn Davey.

For its wealth of pure depth and class across the board, we have Gippsland getting up in this clash. The midfield battle would be interesting, but the Power simply boasts greater firepower up either end of the ground and on the bench. 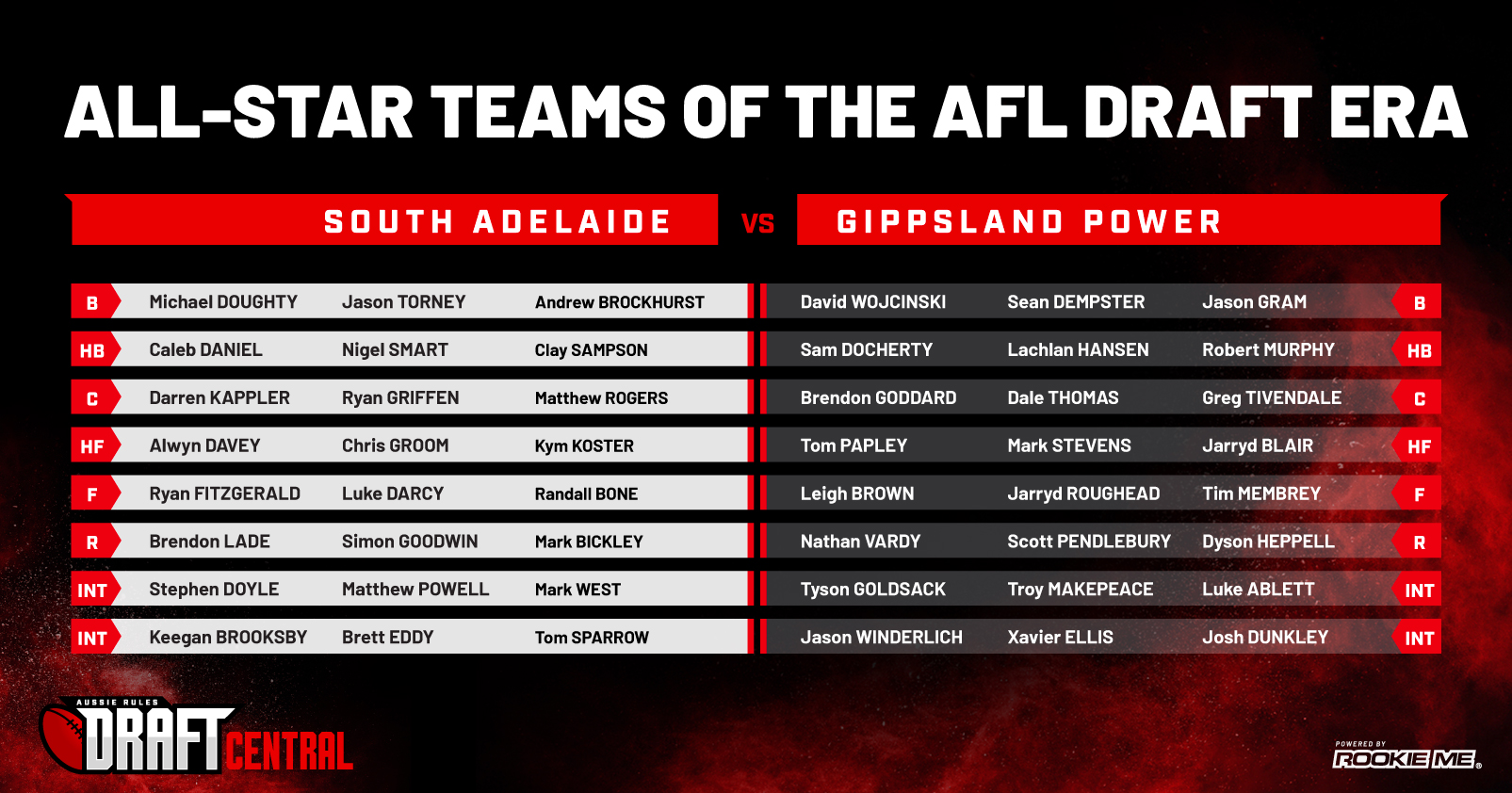 Which All-Star Team are you picking?
Free Quiz Maker