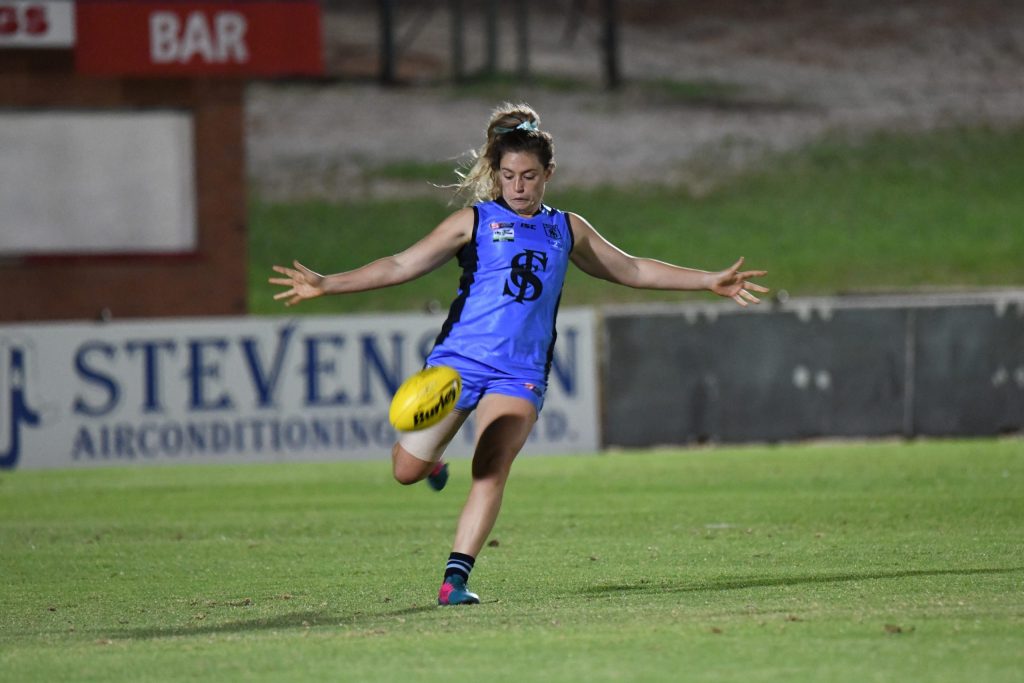 STURT is the next team up in our South Australian National Football League (SANFL) Women’s season review series as we look at the eight sides in reverse ladder order and who their 2020 seasons went down.

Sturt made the decision not to include any AFL Women’s players in the second half of the season, instead focusing on the youth they had. It was a great result for the players going forward, as while they struggled, were able to still draw with Norwood and avoid the bottom two, whilst showing good improvement at times on a week-to-week basis. The Double Blues just struggled to score and that was ultimately the problem in the end, but they performed admirably all season.

A 17-year-old who is experienced at the level over the past three seasons progressing through the South Australian pathway, Ballard is a good ball user who can play multiple roles on the field. She does not win a heap of the ball, but can impact the scoreboard and provide defensive pressure often at half-forward or further up the ground.

A top-age midfielder who has the ability to play as that taller body around the stoppages, Kuiper took a step up in the 2020 season, providing great consistency throughout the year. She loves a tackle and can win her own ball at the coalface, whilst working hard across the ground to win touches in all thirds of the field.

Looked ultra-impressive off half-back early in the year and then was trialled up forward and presented well, Prenzler has the versatility to play in multiple positions. She used the ball well and provided good drive off half-back, also being confident in one-on-one situations.

The top South Australian draft prospect for 2021, Prowse is an incredibly gifted athlete and one who when she can use her natural attributes, dominate around the stoppages. Prowse has a high vertical leap, and quick reactions to apply great second efforts with tackles, or just clear the ball herself from the ruck. Prowse can play forward if required, but was the clear standout player all year for the Double Blues, and is still a year off being drafted.

Unfortunately the co-captain was unavailable due to injury to play the All-Stars match, but she was among those who were initially nominated. At 19-years-old, Rigter led by example and had another terrific season for the Double Blues, often cracking in and winning the ball in contested situations, or playing defensive roles on opposition midfielders.

Aside from the ones making the All-Star game, former AFL Women’s player Georgia Bevan was the clear standout a the co-captain with Rigter. She always put in a four quarter performance and never let the side down with her effort. In defence, Alysha Healy and Jo-Anna Baltais settled the team when opposition sides were pressing, while Elsie Dawes provided the touch of class from half-back to the wing. Georgia Swan was a good target at half-forward, and at 16-years-old, is one who will be a player to watch for years to come.

Sturt might have struggled offensively throughout the season as the league’s lowest scoring side, but they held opposition teams to low scores themselves more often than not in a really strong defensive effort. The youth coming through the Double Blues program is evident to see and decision to play youth at senior level will pay dividends sooner rather than later.