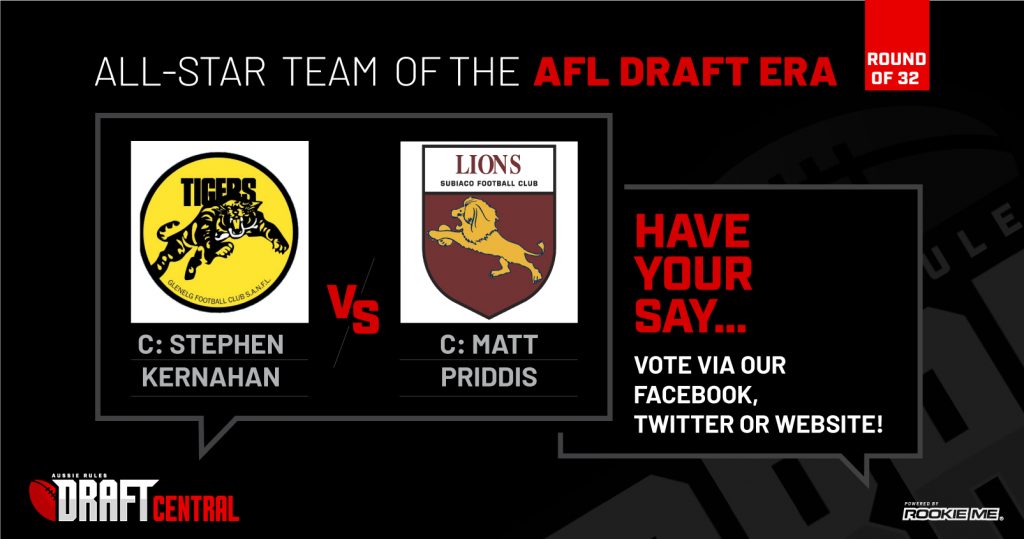 OUR next All-Star Team battle is one between a South Australian club and West Australian club, in Glenelg and Subiaco. The two captains voted in by the public as the All-Star Players of the AFL Draft era were Stephen Kernahan (Glenelg) and Matt Priddis (Subiaco).

These clubs are seeded ninth (Glenelg) and 24th (Subiaco) respectively, and make up the ultimate clash in the second half of our draw. The winner will qualify for the Round of 16 stage, set to face the winner of our East Perth vs. Sandringham Dragons tie.

The spine of Glenelg’s proposed side is as solid as any other region, boasting solidity down back and some serious firepower up forward. Chris McDermott is at the heart of the lineup, forming the crux of a brilliant midfield which runs deep with the likes of current Lions star Lachie Neale on-ball, while Port Adelaide 300-gamer Kane Cornes slots in on a wing, and Brad Ottens takes the ruck duties. There’s plenty of class in defence too, with prodigal South Australian son Bryce Gibbs covering a half-back base alongside fellow Carlton champion Andrew McKay, supported by three-time Geelong premiership player Andrew Mackie in the back pocket.

Subiaco’s most obvious strength lies in its midfield, boasting a trio of premiership Eagles from differing eras in Dean Kemp, Chad Fletcher, and Dom Sheed across the centreline. Throw in Brownlow medalist Matthew Priddis and Tyson Stenglein – two more former West Coast players – and you have a very strong core to the side. The half-back and half-forward lines also stand out, with Drew Banfield and Daniel Rich down back, while Des Headland and Jarrad Schofield line up in attack.

Depth is the only glaring weakness for both sides, though both benches are filled with solid players. Barring the Bays’ key position firepower up forward, their front six does not fill out as strongly as other regions, while Subiaco is arguably a star key position player short up both ends, despite some terrific players taking those spots.

We are backing Glenelg to get up in this one, boasting a midfield which can compete with the strongest line of Subiaco’s side, and a greater weight of depth throughout. 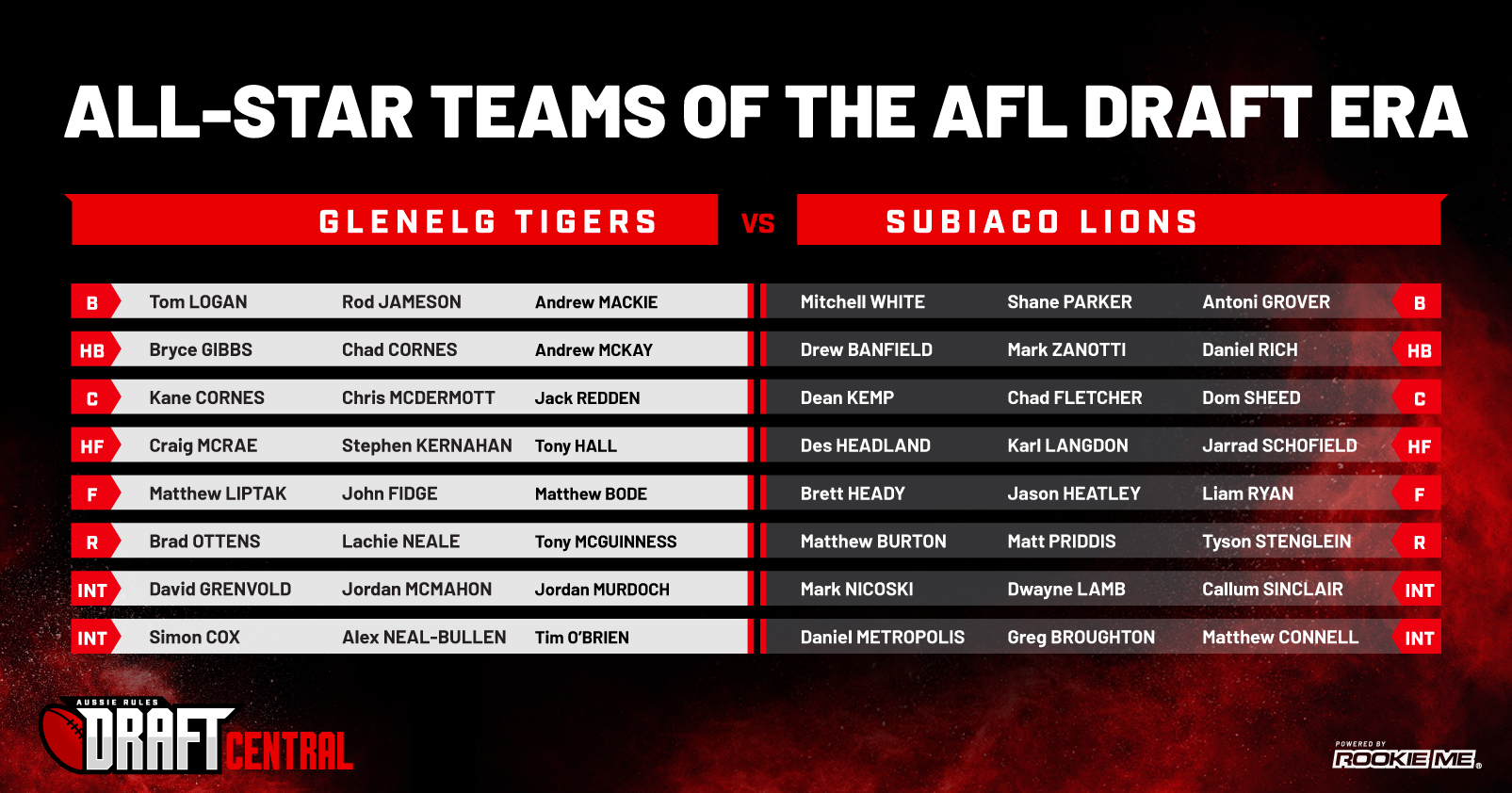 Which All-Star Team would you pick?
Created with Quiz Maker