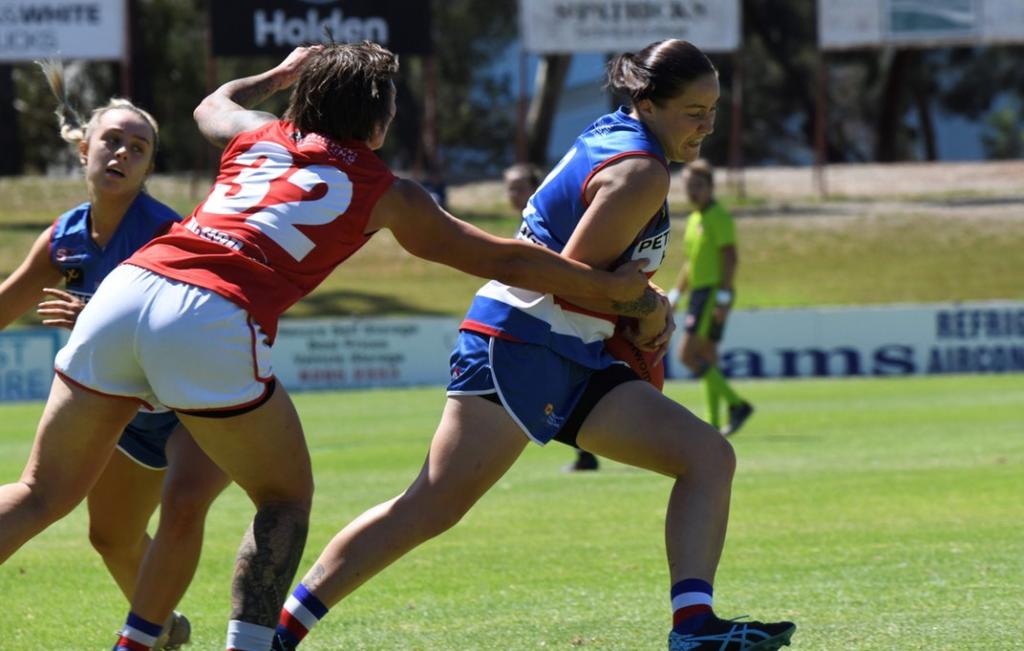 CENTRAL District is the first team up in our South Australian National Football League (SANFL) Women’s season review series as we look at the eight sides in reverse ladder order and who their 2020 seasons went down.

Coming off a seventh placed finish in their inaugural season last year, Central District was predicted to show some great signs of improvement. Whilst ultimately they did finish a spot lower and take out the wooden spoon, it is fair to say their overall season was much improved on 2019. They had the two wins from 10 games, which were a Round 1 win over Norwood and a Round 7 triumph over Woodville-West Torrens Eagles. The Bulldogs had a tough second half of the season fixture, and had they potentially played more of the bottom four sides, they could well have notched up another win or two. All in all, their gameplay – which was often fast and exciting – was superior to other teams, it was just about the execution inside 50. If that area can be ironed out, then watch out in 2021.

A 17-year-old speedy mid-forward who could break the lines and cause all sorts of havoc for the opposition. She showed clean hands at ground level, and coupled with her athleticism, was able to be a crucial link in the chain between midfield and the forward 50. Huynh was also not afraid to lay some big tackles on more experienced opponents.

A versatile player who really settled into defence in the latter half of the season. She was able to improve her one-on-one ability and provide some drive up the defensive end, and showed she has the capability of playing forward, after kicking a goal against Norwood in Round 1. Another 17-year-old prospect who improved well after earning the honour of captaining South Australia at Under 16s level.

Already having been drafted to the Crows and then unfortunately delisted due to the strength there, Rosenzweig is easily a type who can play at the next level. She is strong overhead, has a sixth sense for goals and is rarely beaten in a wrestle. More often than not she is a reliable shot for goal, and led the club’s goalkicking in season 2020.

One of the surprise packets of the competition this year. Expect her to potentially take out the Bulldogs best and fairest after a sensational year on debut. At 28-years-old, Smith was hard at the ball, loved a scrap and never took a backwards step. She was a clearance gem and beat a few experienced AFL Women’s talents at times around the contest.

It is hard to look past the consistency of AFL Women’s ruck/key defender Sarah Allan, and 2019 best and fairest winner, Demi Sonneman. Allan came into the team after the break and was exactly what they needed – a tall marking target with a booming kick – while Sonneman hardly played a bad game. She had the toughest job on the last line of defence, and even if she made mistakes, would back up and go again. Others who stepped in season 2020 included Caitlen Teague, Alicia Butler and Lauren Smith through the midfield, and 16-year-old Lauren Breguet who came into the side in Round 3 and continually improved until the end of the season, which will make her better for 2021.

Central District was one of the more exciting teams to watch, particularly in the second half of the season. Yes, the Bulldogs made mistakes going inside 50 and the counter attack on turnover could often be costly, but the way they tried to move the ball with speed and cause hazardous inside 50 entries worked at times. Even against South Adelaide late in the season, if they had been cleaner and made more of their opportunities, they could have caused a boil-over. All in all, Central should be really excited about the future because their 2020 season was a step up from their 2019 one, regardless of ladder position.