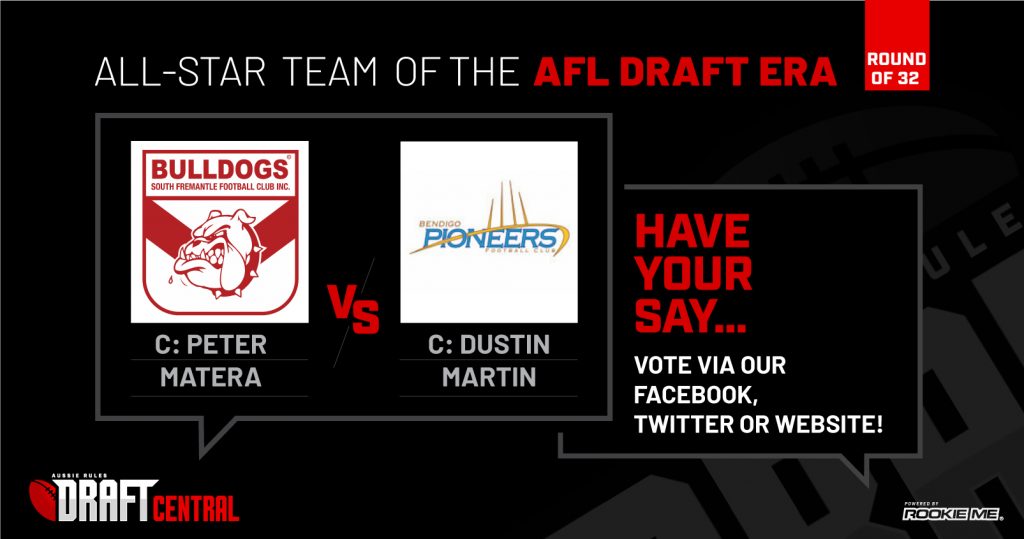 OUR next All-Star Team battle is one between a South Australian club and Victorian region, in South Fremantle and the Bendigo Pioneers. The two captains voted in by the public as the All-Star Players of the AFL Draft era were Peter Matera (South Fremantle) and Dustin Martin (Bendigo Pioneers).

These clubs are seeded 10th (South Fremantle) and 23rd (Bendigo Pioneers) respectively, and makes up the penultimate clash in the second half of our draw. The winner will qualify for the Round of 16 stage.

South Fremantle is a team which is strong across the board, boasting legendary talent on each line and some serious x-factor. With Matera and Nicky Winmar featuring on the outside, with Tim Kelly streaming through the middle and Jeff Farmer up forward, this Bulldogs team would provide plenty of highlights and attacking flair. That’s not to mention the additions of Andrew Krakouer and Ashley Sampi off the bench. The defensive solidity is there too, with West Coast Eagles premiership players Glen Jakovich and John Worsfold teaming up once again, while Darren Gaspar and James Clement feature on the last line. Competitive as you will get.

The Pioneers side is also well equipped up forward in terms on x-factor, with high fliers Chris Tarrant and Andrew Walker joined by Nathan Brown and Jake Stringer. The other obvious area of strength is Bendigo’s midfield, led by Martin and Joel Selwood. The pair are complimented by Scott Selwood at the centre bounces, with the class of Nick Dal Santo and brawn of Michael Braun on the outer. The engine room depth also extends to the interchange bench, where a couple more Selwood’s are named among others.

While both are inevitably relatively strong teams, there are a couple of areas which could do with a boost. South Fremantle’s ruck stocks, or lack thereof sees the recently released Cam McCarthy take up that position, despite playing as an undersized key forward for most of his career. The bench depth also leaves a little to be desired in terms of consistency, though we doubt some of the starting stars would even warrant rotation.

Bendigo’s key position depth is also an area of slight weakness, with terrific talent available in at least one of the two posts up either end. Akin to the Bulldogs, Bendigo’s ruck spot is filled by a key position forward in Nathan Thompson, though the midfielders named would hardly need a dominant ruckman to find their own ball. Some added tall options on the bench would also have been handy.

We are backing South Fremantle to get up in this one, with just a touch more class around the ground despite Bendigo’s midfield prowess. They should be stingy at one end, and free-flowing up the other. 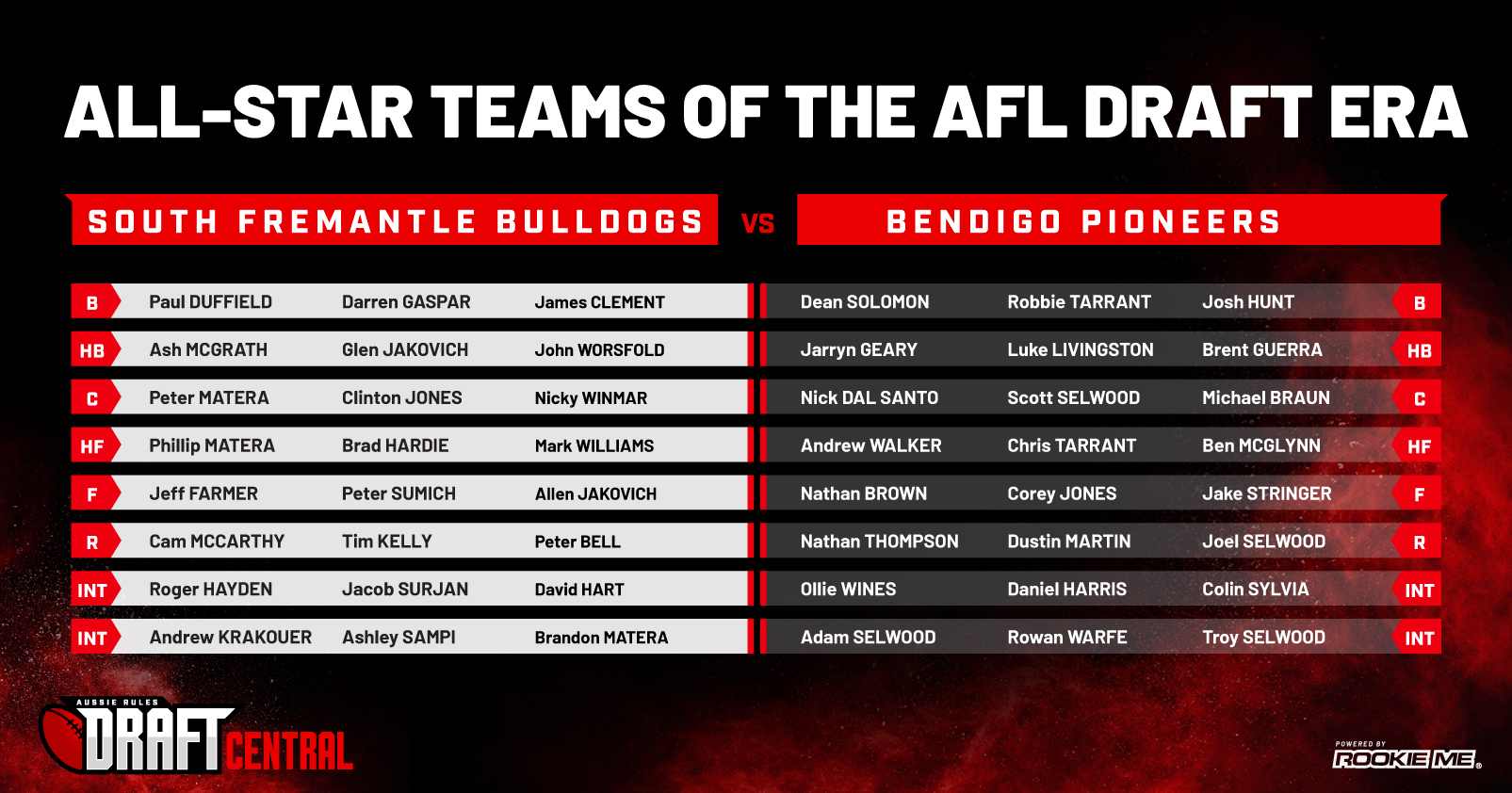 Which All-Star team are you picking?
Created with Quiz Maker