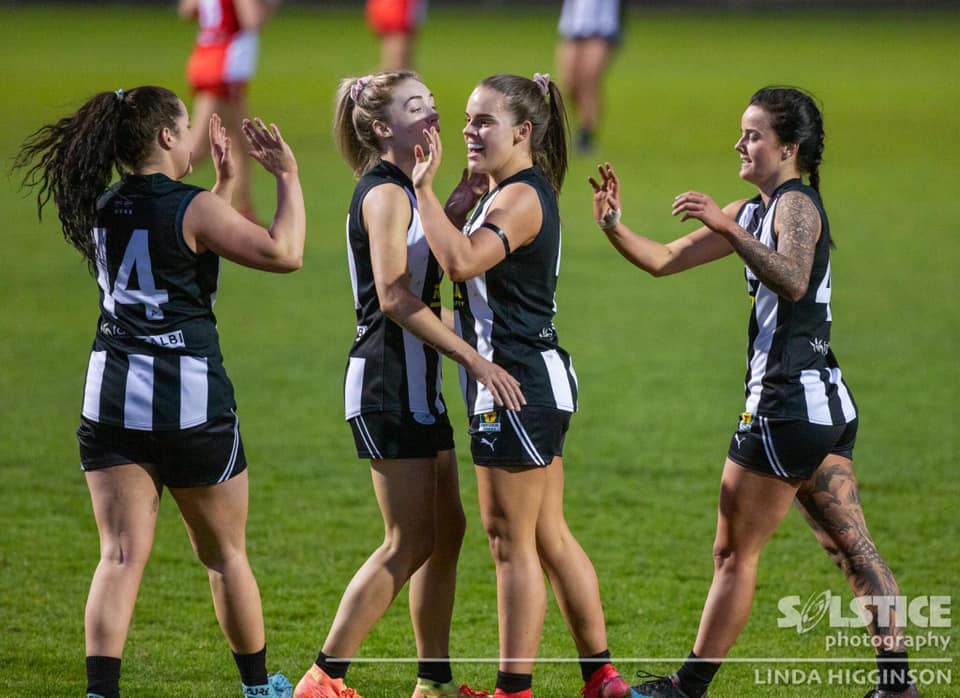 THEY are the only side to have done it in the Tasmanian State League (TSL) Women’s competition. Now, just to show it was not a fluke the first time, Glenorchy has doubled down on its ability to knock off top of the table Launceston with a second victory in the 2020 season. The third placed Magpies came from seven points down at quarter time to post a memorable 10-point win, in what was an arm-wrestle for the most part, finding a formula to knock off the team no other side can.

In the match, Launceston got away to a strong start, booting two goals to one in the opening term to lead by seven points at quarter time. The Magpies then produced one of the quarters of the season, kicking three goals against the Blues – a rarity against the top of the table outfit – to lead by 10 points at the main break. From there, they maintained that lead at the final two breaks as both sides kicked a goal in the third term, and only one behind apiece in the fourth, leading the Magpies to celebrate a 5.2 (32) to 3.4 (22) victory.

Molly Mitchell booted two goals for the Magpies as Zoie Crawford, Sarah Skinner and Elise Barwick all snagged one apiece. For the Blues, Daria Bannister stood tall again with a best-on appearance for the Blues with the two majors, as Meg Sinclair kicked the one goal. Alongside Bannister, Kelsie Hill and Melissa Smith were also strong in the defeat, whilst for the winners, Jemma Webster, Skinner and Holly Ryan were outstanding leading their side to victory.

Football can often be a strange game, and whilst the Magpies have lost twice to second placed Clarence this season, they have defeated the Blues on both encounters and will head into finals full of confidence. This win was vital for the Magpies, who know they have the two remaining games in the last four weeks – two byes in between – and they are against bottom two sides, Tigers and North Launceston which the Magpies would be expected to win well.

Interestingly enough with the fixture, Launceston just have one game in the next month – against Clarence in Round 11 – prior to finals, whilst Glenorchy have the chance to steal top spot with three games – against the other three sides aforementioned in Launceston, Tigers and North Launceston. Even with a loss to Launceston, Clarence could draw level with the Blues, and the percentage is a massive question mark – the Blues are 87 per cent ahead – but two big wins over the bottom two sides would not put Clarence out of contention for top spot.

What makes the Round 8 victory so important for Glenorchy is, if Clarence can overtake Launceston at the top, then the Blues will face the Magpies in the semi-final with some doubt (a 0-2 record in the regular season) while the Roos will have an easier match against North Launceston in the other semi. There is a lot to play out, but the Magpies win was crucial for confidence now locking up a finals spot with no chance of dropping out of the top three.