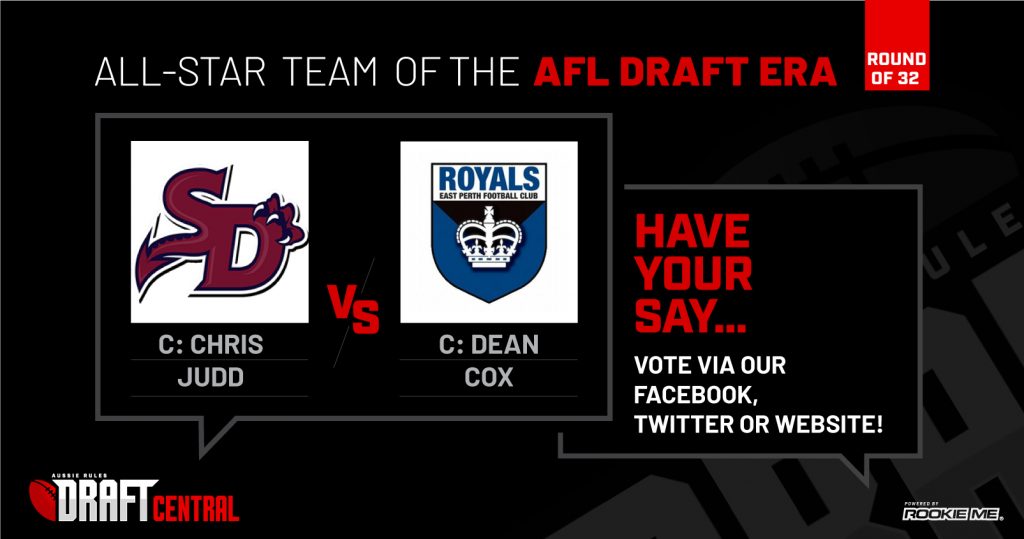 OUR next All-Star Team battle is one between a Victorian club and West Australian club, in Sandringham Dragons and East Perth. The two captains voted in by the public as the All-Star Players of the AFL Draft era were Chris Judd (Sandringham Dragons) and Dean Cox (East Perth).

These clubs are seeded eighth (Sandringham Dragons) and 25th (East Perth) and is the last battle of the first round featuring a side anticipated to make it through to the quarter finals.

Sandringham is another side with talent all across the park, particularly in the midfield area. The onball group of Max Gawn, Judd, Luke Ball and Josh P. Kennedy is as elite as it comes, and that’s before you look to the wings in Jobe Watson and Zac Merrett, and then the depth of Josh Kelly, Tim Taranto and Angus Brayshaw. The half-backs in Brayden Maynard and Andrew McGrath provide great run, while Tom Hawkins is a terrific target to have leading out inside 50. A very hard team to beat in the middle, so will get plenty of scoring opportunities.

East Perth has plenty of height around the ground, with Ross Glendinning and Craig Starcevich no doubt stretching the Sandringham defence. The team is probably too tall for its own good, but has a really strong midfield itself, with Cox one of the few rucks who could beat Gawn if they went head-to-head at their best. Joel Corey and Mitch Duncan are great players through the midfield, while they would work over the Dragons with their height and rucks including Matt Leuenberger and Alex Ischenko.

The Dragons are a little down when it comes to key position defenders, with Ted Richards a great warrior, and Jason Blake a solid best 22 type for more than 200 games, but neither would be declared in the elite category. They have enough talent in the defensive end to ensure the ball gets out of there, but that, along with perhaps another specialist forward would improve the team.

The Royals just do not have the depth, particularly in the mediums and smalls. Outside of their obvious standout players, they lack a little up either end, and the bench drops off. They would stretch the Dragons in the air, but would struggle once the ball hit the deck, particularly in attack.

Sandringham would be tipped to take the match out, just too strong across the park with arguably the best midfield in this series for depth and quality. 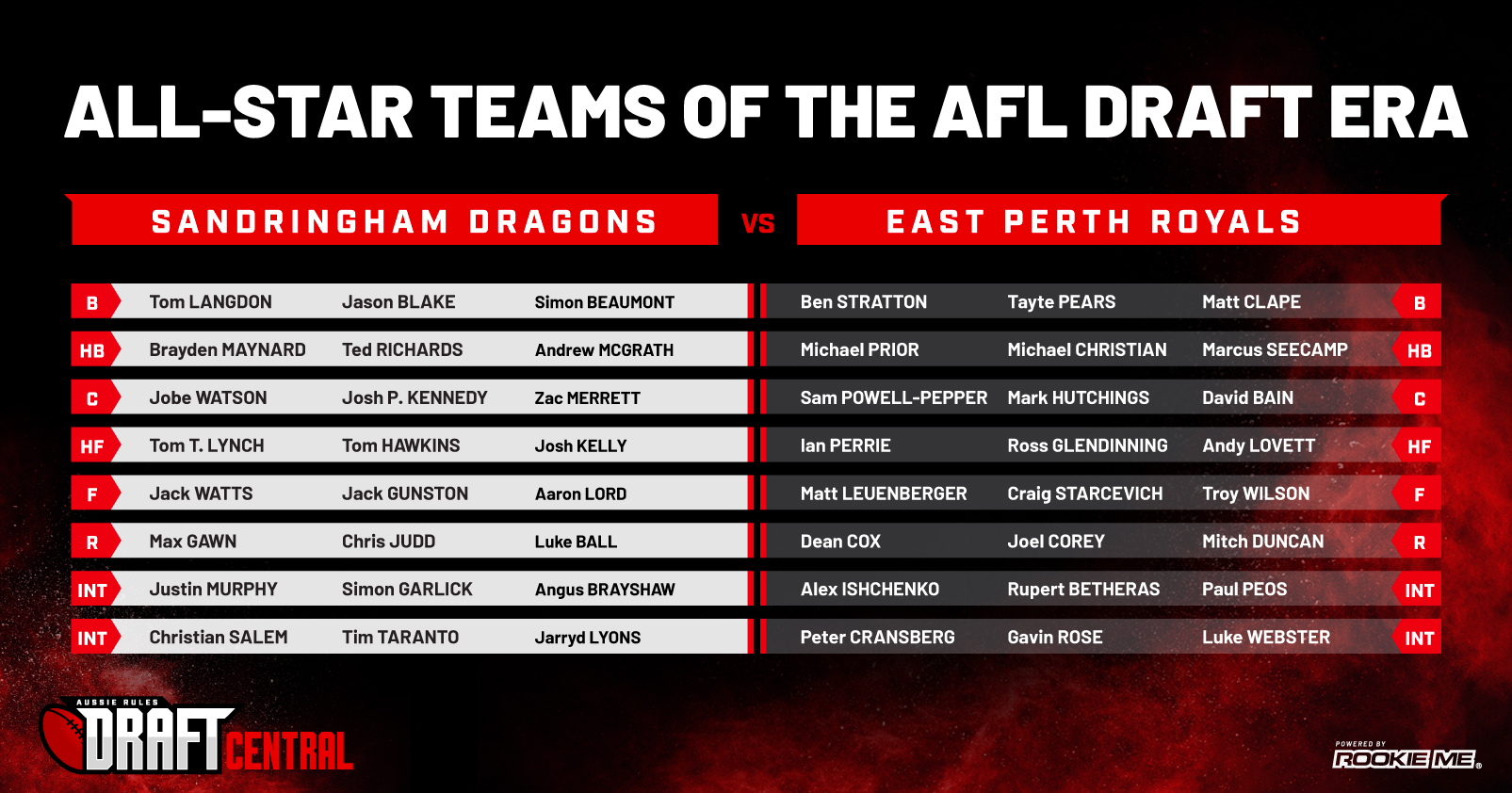 Which All-Star Team are you picking to win?
Created with QuizMaker