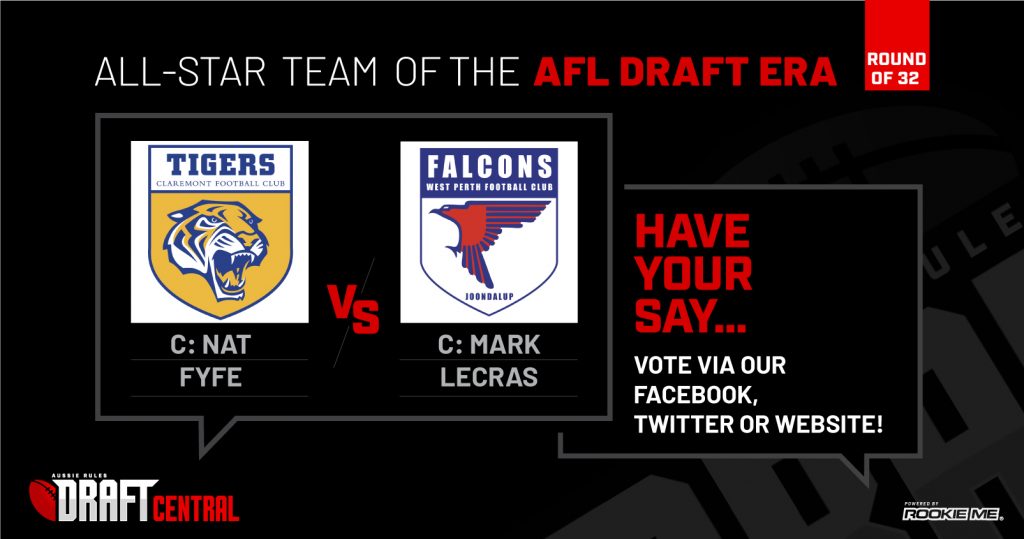 OUR next All-Star Team battle is one between a couple of West Australian clubs, in Claremont and West Perth. The two captains voted in by the public as the All-Star Players of the AFL Draft era were Nat Fyfe (Claremont) and Mark LeCras (West Perth).

In terms of strengths, the Tigers have plenty of talent across all three lines, starting with defence, which features the key position posts of Jeremy McGovern and Ashley McIntosh, as well as Guy McKenna and the run of Heritier Lumumba. Alan Toovey can lockdown on an opposition small, while Eric Mackenzie is a handy third tall. Up forward there are plenty of options with Jesse Hogan and Peter Mann the main targets, while Chris Lewis also features, and then the onball combination of Nat Fyfe and Tom Mitchell roving to Michael Gardiner is superb.

The Falcons have some great speed on the outside with the Hill brothers – Stephen and Brad – as well as some potent forwards with Ronnie Burns and Darren Bewick providing the X-factor, LeCras the goalkicking consistency, and the likes of Quinton Lynch and Jack Darling they key targets. It would make for a fascinating battle to see the front six – not to exclude Justin Longmuir – taking on the back six from the Tigers.

The Tigers might drop off a little once you look at the bench compared to some other sides, which is why they are not inside the top six. Their starting 18 is quality, but compared to the higher ranked teams, they do not quite have the tail-end. It would be enough to get the job done here and likely in the next round however.

For the Falcons, their midfield depth and key position defensive depth is the question mark in particular. The onball combination of Nathan Van Berlo and Blake Acres roving to Mark Seaby is not going to cut it against the trio from teh Tigers, while Kepler Bradley and Michael Pettigrew were solid talls, but need a more elite option like the Tigers have.

The Tigers are the higher ranked team and with the midfield and defence you would expect them to get the job done. They have some talent up forward, and while it is not the best forward line compared to some other sides, they would have enough inside 50s to win here one would think. 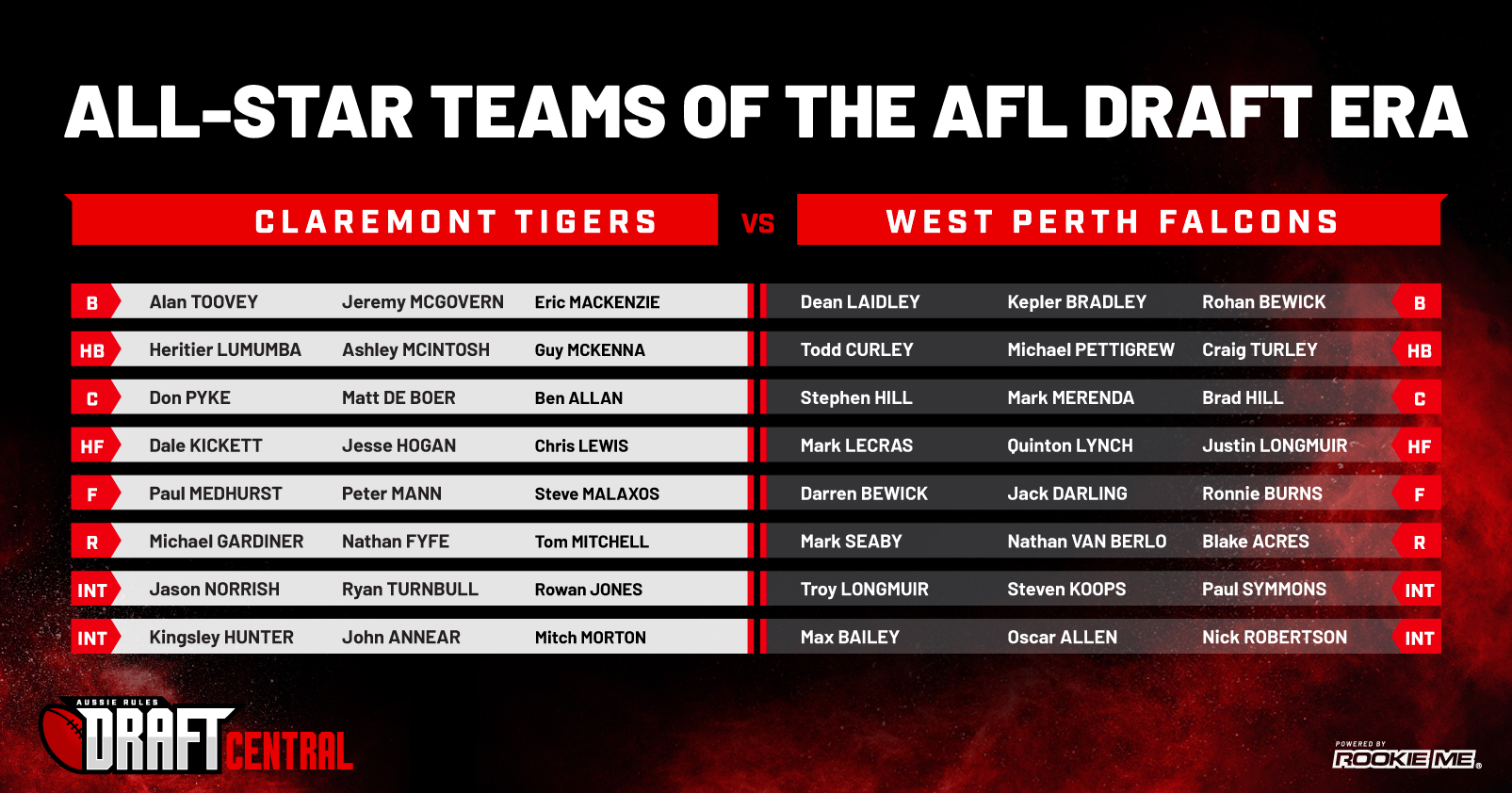