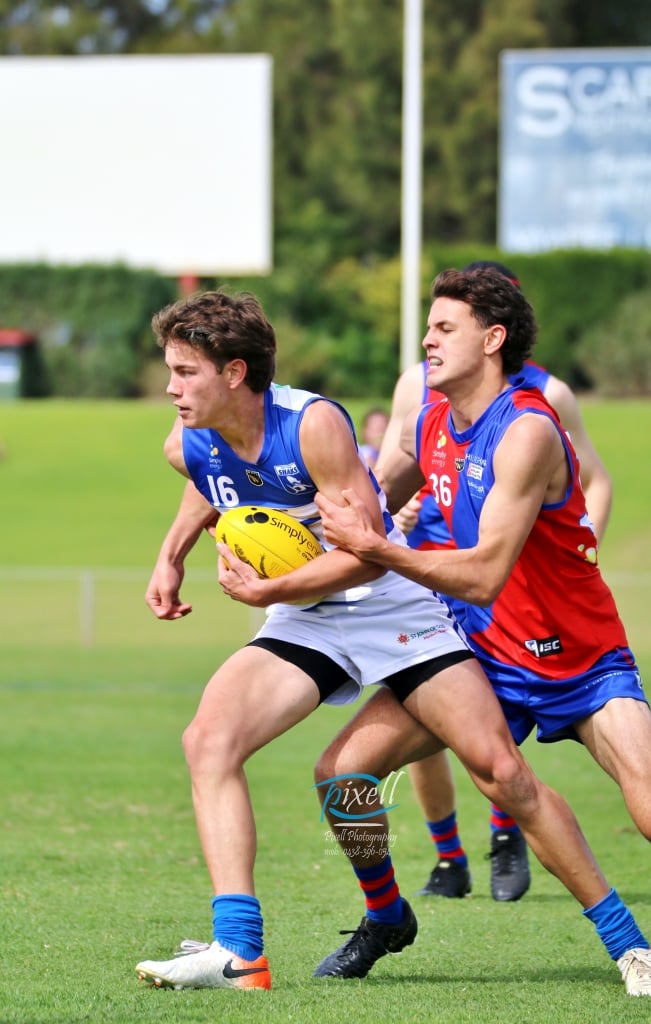 Next under the microscope in our AFL Draft watch is East Fremantle prospect Jack Carroll, a classy midfielder who uses the ball cleanly moving forward. Having cut his teeth across half-back and on the outside, the 17-year-old has also proven his ability to find the ball as a centre bounce feature in 2020. Carroll’s clean hands and agility allow him to weave through traffic and release efficiently via hand or foot, while his potent left side comes to the fore on the outer. With some promising WAFL Colts form this year, the top-ager has risen into first round calculations as he knocks on the door of senior promotion.

Arguably the best player on the ground, the Chapman Valley product finished with 31 possessions, four marks, four inside 50s and two goals in a powerful performance. His ability to get out of congestion and find a teammate in space was a real feature of his game.

The Chapman Valley product was his busy self through midfield for the Sharks. Playing as the ruck-rover, Carroll collected 20 possessions, laid five tackles, took four marks, and recorded four inside 50s in a polished display. His decision-making combined with his beautiful kicking skills make him an attractive midfield prospect.

Made a quiet start but worked into it with a strong mark at half-back late in the second term and opened the game right up. Had a courageous marking attempt to spoil it away in the middle of the ground against Eddie Ford, then played in the forward half of the ground with midfield minutes in the second half. He fired a no-look handball out to space late in the third term for a teammate to run onto at the centre stoppage, then proceeded to find plenty of the ball through the middle. He finished the game with a nice kick off the left on the run for a consolation goal midway through the last quarter.

The 2017 WA U15s State Schoolboys representative continued his fine season for the Sharks with another sensational performance. Against the Swans, Carroll collected 21 possessions, laid four tackles and took two marks to be one of the Sharks’ best midfielders on the day.