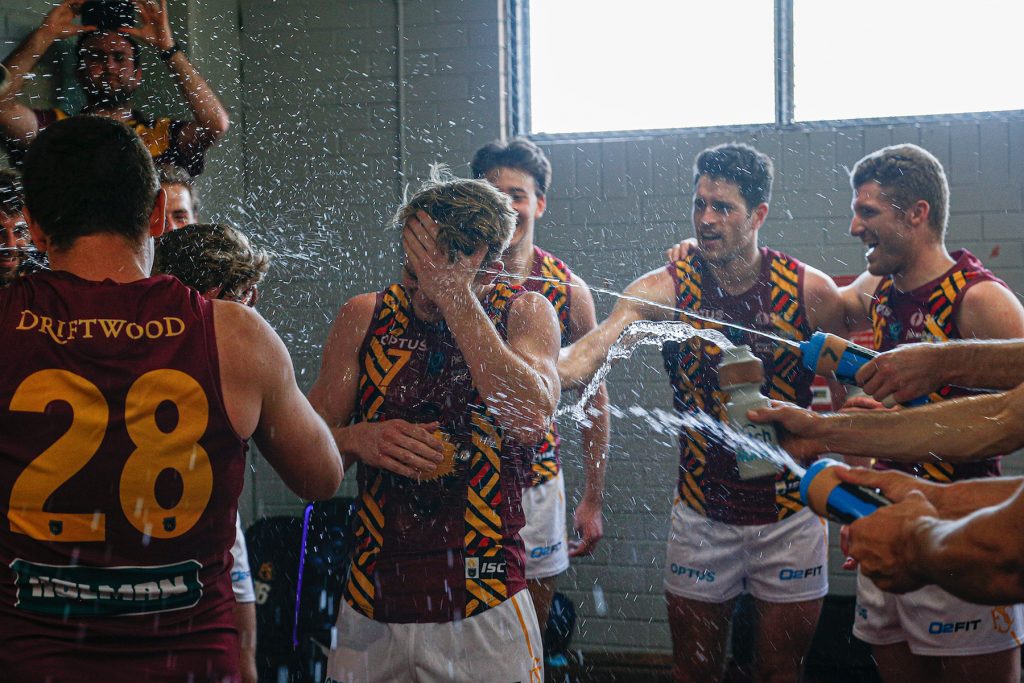 YOUNG talent continues to turn heads at state league level around the nation, and it has been no different across all three WAFL grades upon the competition’s resumption in 2020. As we roll into Round 8, Draft Central continues its new weekly preview format, highlighting some of the best up-and-comers who will be out to impress with each passing game. In our latest edition, Perth is set to blood another Colts standout, while a first round AFL Draft candidate has finally been named in West Perth’s League side.

19-year-old midfielder Conor McPartland is set to become the latest Perth product to earn a League debut, named in the forward pocket among the Demons’ side to face Swan Districts. A prolific ball winner, McPartland required just one Reserves outing to earn a second promotion, having averaged 33 disposals across his five Colts games this year.

He joins fellow Colts talents Nathan O’Driscoll and Logan McDonald in the lineup, as well as Regan Clarke. After a terrific 20-disposal display last time out, O’Driscoll has been pegged for even more midfield minutes, while keen draft watchers will undoubtedly have their eyes peeled for the seemingly inevitable McDonald-versus-Denver Grainger-Barras matchup.

Grainger-Barras lines up for his seventh League appearance in 2020, set to grace the backline alongside Nathan Ireland. A trio of youngsters make up the Swans’ inclusions; as Thomas Edwards readies for his top flight debut, while Lachlan Riley makes his first League outing for the year, and Tarir Bayok reenters the fold. Draft hopefuls Zane Trew and Ty Sears have again been teased with promotion to the Reserves, while bottom-agers Rhett Bazzo and Max Chipper are again absent in the Colts grade.

Leading West Perth draft prospect Heath Chapman is another young gun preparing to make his League debut, after finally earning the call-up ahead of this weekend’s action. The 193cm defender has proven a class above at Colts level, averaging 23 disposals and over seven marks per his six games. Should be he let off the hook as a third tall in defence, expect his intercept marking and exceptional skills by foot to come to the fore.

Tristan Hobley, who made his League debut in Round 7, remains in the Falcons’ side, while Claremont prepares to unearth some fresh faces of its own. 18-year-old Max Spyvee comes in for his maiden top flight berth, while Anthony Davis and Tyron Smallwood make their respective returns for the Tigers. Jack Buller has been named as an emergency after impressing in the Reserves. Speaking of, Tyron Hindmarsh and Callum Johnson are set to remain in said grade alongside Victorian Matty Lloyd, while Kellen Johnson is a possible Colts inclusion pending recovery from his wrist injury.

Another Round 7 first-gamer, Liam Hickmott remains in Subiaco’s side as the Lions do battle with East Fremantle, with brother Wil named as an emergency. 19-year-old forward Nicholas Martin also holds onto his spot despite his first goalless outing for the year. Jai Jackson is another 19-year-old knocking on the League door, while Jacob Miller and Ben Reid find themselves back in the Reserves as Subiaco’s two outs.

Brynn Teakle comes in for his first taste of League footy for 2020 as part of at least one East Fremantle change, with another four players added to the Sharks’ extended bench. The 202cm 20-year-old is set to slot in up forward, while Durak Tucker plies his trade down back once again. AFL Academy guns Jack Carroll, Finn Gorringe, and Brandon Walker all seem close to promotions, while bottom-ager Judd McVee looks like being a key out for the Colts.

Much like the aforementioned Sharks trio, Jack Cooley and Harley Sparks are a couple of East Perth youngsters on the cusp of League berths. They are both poised to continue their push in the Reserves though, as they Royals take on South Fremantle on Saturday. The undefeated, ladder-leading Bulldogs have made four changes, with 22-year-old Jacob Warne making a one-and-done League outing as he comes back out of the side.

Manfred Kelly remains in the Reserves for South while Ira Jetta looks like missing another round of Colts action, much like Kade Dittmar for East Perth.

Teams are locked for Round 8 of the @Optus WAFL ? pic.twitter.com/iGGQzwW40v