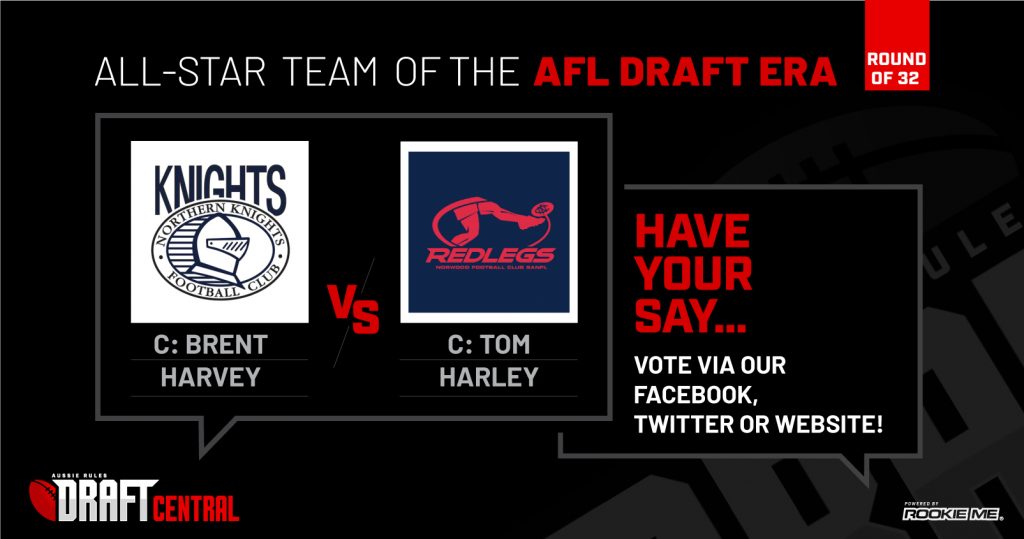 OUR next All-Star Team battle is one between a Victorian club and a South Australian club, in the Northern Knights and Norwood. The two captains voted in by the public as the All-Star Players of the AFL Draft era were Brent Harvey (Northern Knights) and Tom Harley (Norwood).

These two sides have some of the best key defender stocks in the All-Star Team series, with the fifth seed Northern Knights expected to win the vote against the 28th seed Norwood outfit. Though in saying that, there are still some quality players running around for the Redlegs.

Norwood just has a team of really strong players, and they would make it difficult for you to beat them. Most of the full squad will make opposition sides earn every touch, and with Scott Burns, Tony Francis, Roger James, Trent Dumont and Adam Heuskus through the middle. Matthew Primus rucking will be a strength, while the key defensive combo of Tom Harley and Heath Grundy, along with Tom Jonas and Nathan Bassett makes for a really strong back six.

For the Redlegs it is definitely the lack of a quality key forward, with Ryan Schoenmakers and Matthew Robran not the strongest of combinations in this series. The depth trails off a little at the end, but is overall pretty solid, though they might just have a few too may defensively-minded players more so than offensively-minded ones.

It is anticipated that Northern Knights would win the clash given the overall strength of the side, but one can imagine Norwood might make life difficult for them, and make them earn every touch on the field. 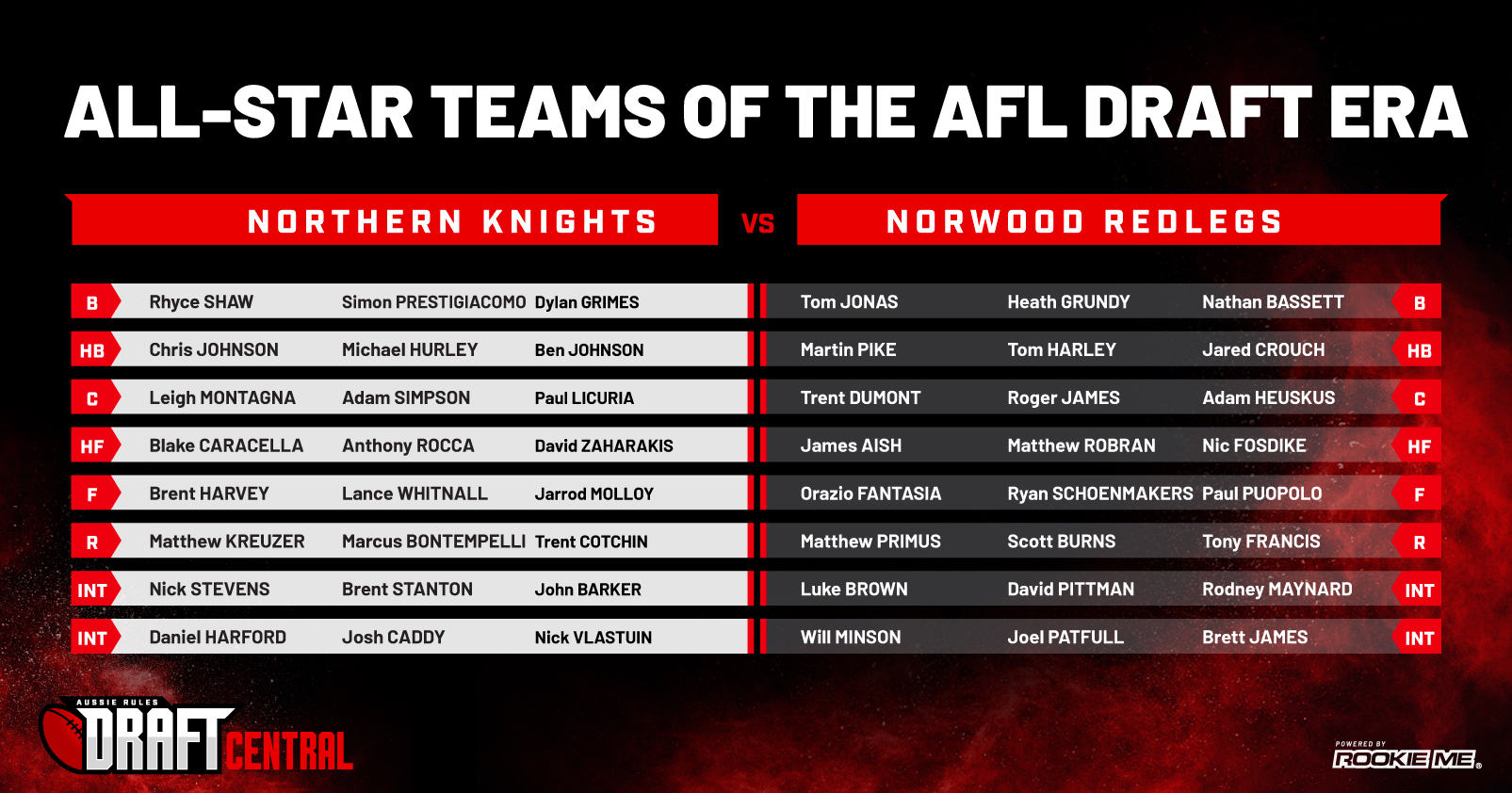