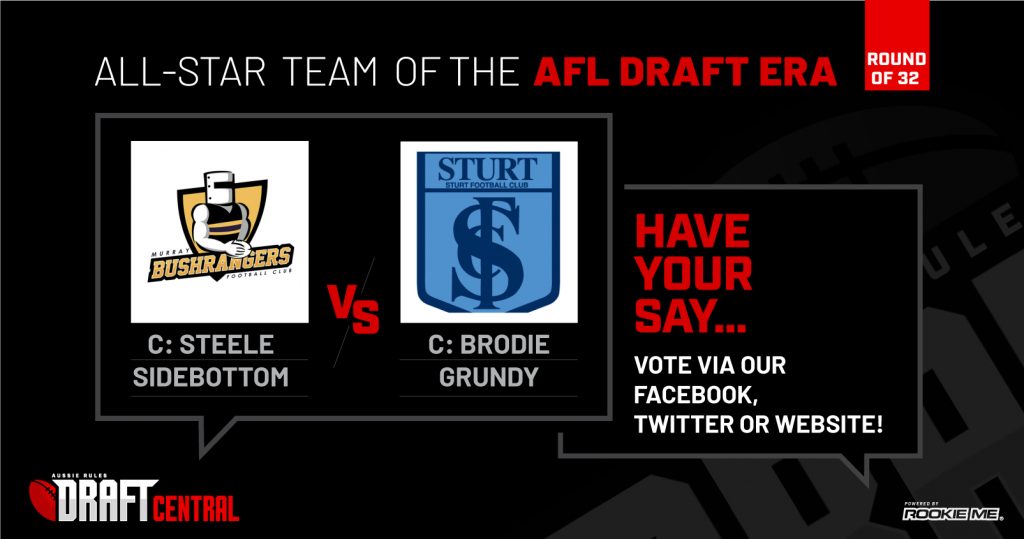 OUR next All-Star Team battle is one between a Victorian club and a South Australian club, in the Murray Bushrangers and Sturt. The two captains voted in by the public as the All-Star Players of the AFL Draft era were Steele Sidebottom (Murray Bushrangers) and Brodie Grundy (Sturt).

Murray Bushrangers enter the All-Star Team of the AFL Draft Era series knockout tournament as fourth seeds and one of the teams to beat. They have a really well-balanced side, and while Sidebottom was voted captain, there are so many options in the side to have earned that nod. For Sturt, the Double Blues have some elite players, but not quite the same depth as the Bushrangers, coming in seeded at 29th.

Much like Port Adelaide Magpies yesterday, where do you start with the Bushrangers? The balance they have across the field is ridiculously good. They have a nice balance of midfielders, plenty of depth at key positions, and a plethora of hard and skilful midfielders. That’s before you get to a forward line containing Fraser Gehrig, Barry Hall and Jarrad Waite who provide a three-prong attack to die for. The midfield of Sidebottom, Clayton Oliver, David Mundy, Tom Rockliff and Brett Deledio is just perfect for matching up on any other midfield.

The Blues have a couple of A-grade quality players led by Grundy who at his best is the top ruckman in the competition. He acts a fourth midfielder, and alongside Todd Viney and Scott Russell, would do well around the stoppages. They have a bit of X-factor in the side with Chad Wingard and Angus Monfries, while Brenton Sanderson and Martin Mattner provide some run off half-back.

There really is not one on paper for the Bushrangers. Genuinely their depth goes beyond the squad of 24, with the initial team featuring Josh Fraser who could also come in and replace one of the rucks going around. The only question mark might be the durability of some players with the Reid brothers – Ben and Sam – as well as Jamie Elliott and Justin Koschitzke all having their injury troubles over the years.

Depth is definitely a concern for Sturt, with the team just lacking the quality around the ground. Many of the players were solid contributors to their respective teams, but in one-on-one matchups with their Bushrangers opponents, there are not too many you would mark down as a win.

Murray Bushrangers would be the dark horse to take out the overall competition, with such a well-balanced team, and it is expected that they move through here. 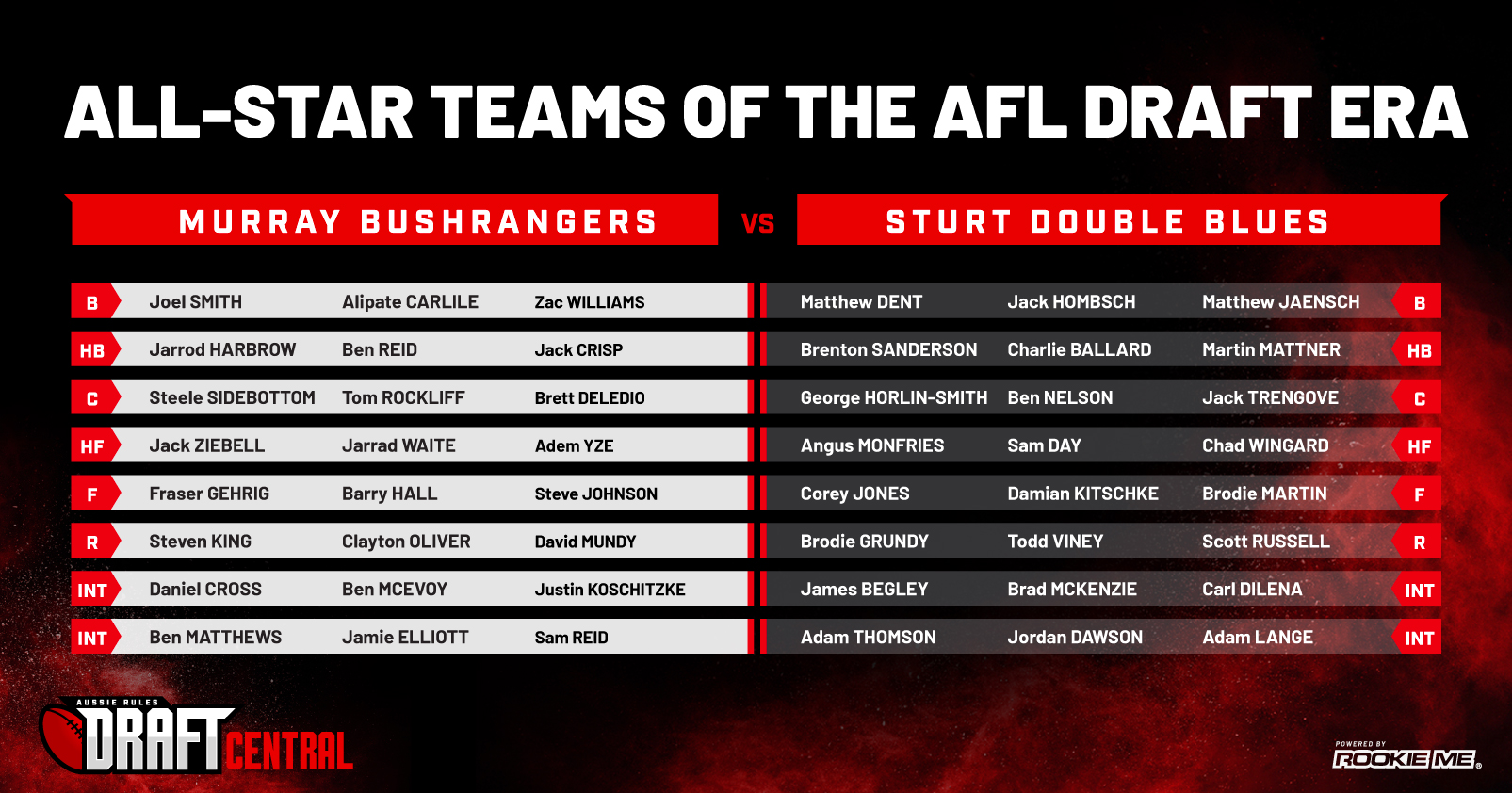 Which All-Star Team would you vote for?
Created with Quiz Maker