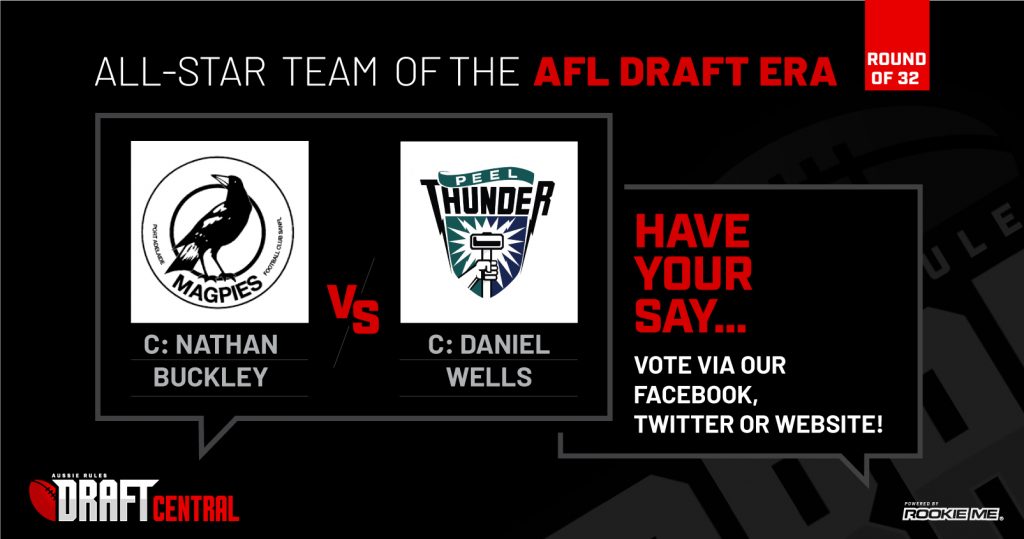 After a couple of evenly matched seeds went head-to-head, like in any knockout draw there are going to be top ranked sides up against lower ranked ones. With the top two clubs having a bye in the Round of 32, this matchup is the third seed up against the 30th seed. Nonetheless, we have included every club from Victoria, South Australia and Western Australia for the vote.

Where do you begin with Port Adelaide? The list is honestly endless from the elite, skillful players to the contested marking talls and all around the ground. If you want to pick a favourite line, then it would have to be the half-back and midfield. Corey Enright, Andrew McLeod and Gavin Wanganeen is absolutely elite, and then throw Nathan Buckley back there and the footskills under pressure would be unbelievable. Warren Tredrea would be licking his lips leading out with those ball users, and that is even before you get to Craig Bradley and Scott Thompson onball, and Byron Pickett and Shaun Burgoyne on the wings.

Peel is seeded 30th for a reason, but you cannot help but feel for the Thunder who had a lot of immensely talented players, who just could not quite overcome persistent injuries. Daniel Wells was a gun, Aaron Naughton could be one of the best key position players in the next decade, and Harley Bennell is starting to get his body right and impress for the Demons. If the likes of Scott Gumbleton and Anthony Morabito had got their bodies right and had better luck, the Thunder side could have been quite formidable.

The Magpies do not have too many, but you might say the bottom-end depth if you had to be picky. The starting 18 is superb, and the bench players certainly have talent and were very easily best 22 players and even best and fairest winners on some occasions. But it might be a touch below some of the other top seeded sides.

If you are talking lack of depth, unfortunately that is Peel’s issue. Having linked with Fremantle over the last decade, there have been less players coming out of the Thunder program as a number of Dockers are already running around for the Thunder. Danny Chartres is the only player in any All-Star Team who failed to play a game at AFL level, with the 23 players making it onto the field for the Thunder.

As unlucky as the Thunder have been given the extensive injuries to what would have been key players, Port Adelaide would be difficult to beat on any given day by most sides. The Magpies would win this and win it easily, but there is a reason they are the third seeds. 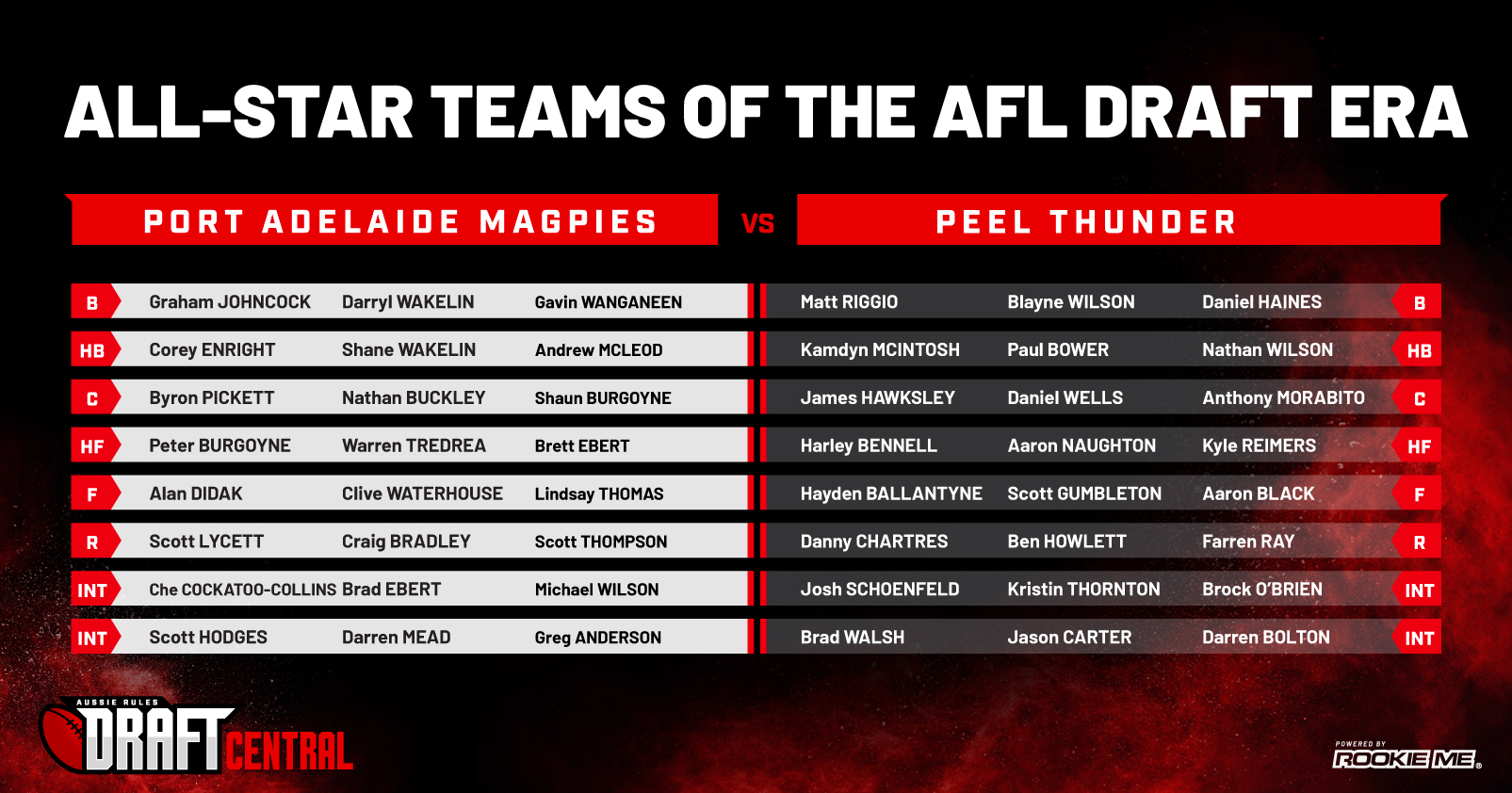 Which All-Star Team do you think would win this clash?
Created with QuizMaker