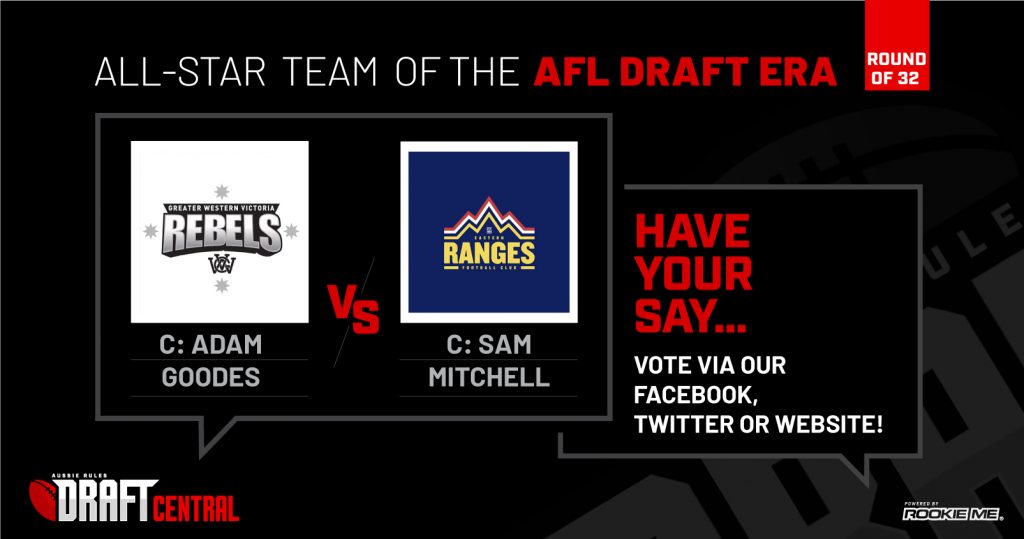 OUR next All-Star Team battle is one between two Victorian clubs, in the Greater Western Victoria (GWV) Rebels and Eastern Ranges. The two captains voted in by the public as the All-Star Players of the AFL Draft era were Adam Goodes (GWV) and Sam Mitchell (Eastern).

These teams are fairly evenly matched with strengths in different areas. GWV Rebels have been seeded marginally higher (15th) compared to the Ranges (18th), but there is not much to split them at this stage.

GWV Rebels have a dominant spine, some what almost too much with quality talls probably missing out on selection due to the strength. But James Frawley, David Astbury and Troy Chaplin in defence, with Drew Petrie, Jeremy Cameron and Tom McDonald up forward, then throw in Jordan Roughead and Nathan J. Brown off the bench, and it is fair to say, the Rebels would not have a problem with height. Outside of height, they also have a tough midfield with Shane O’Bree and Brad Sewell alongside James McDonald and the Crouch brothers, Brad and Matt.

Eastern’s strength is definitely in its contested ball winning ability. An onball combination of Rory Sloane and Sam Mitchell, with Kane Johnson added for good measure and the likes of Christian Petracca and the Scott brothers – Chris and Brad – and the Ranges will be hard to beat around the coal face. They also have some reliable medium defenders back there in Nick Malceski and Lindsay Gilbee to ensure the ball is in safe hands exciting the 50.

The Rebels’ weakness might be its strength as well, with an overabundance of key position players and hardened midfielders. They have speed in the back half with Nathan Lovett-Murray and Jake Lloyd, but if there was a weakness in the side, you would say it might be the speed across the field. Lucky they can put it on heads inside 50 and really stretch the defence.

Eastern Ranges is the opposite to the Rebels in the sense of key defenders. They rely on Mark Bolton and Jason Saddington to hold down the fort, though they have some strong talls up the other end. Expect Dan McStay to play in defence rather than up forward because of this fact, but that is where the improvement could come from, height in defence.

You get the feeling that this match could be dependent on conditions. If the conditions are dry, then expect the Rebels to get up with so many tall targets. If they can hit them lace out or put it in their vicinity, they could kick a big score. If it is a wet day, then expect the battle-hardened and smaller Ranges to come to the fore, with Travis Cloke among one of the best contested marks in history, regardless of conditions. 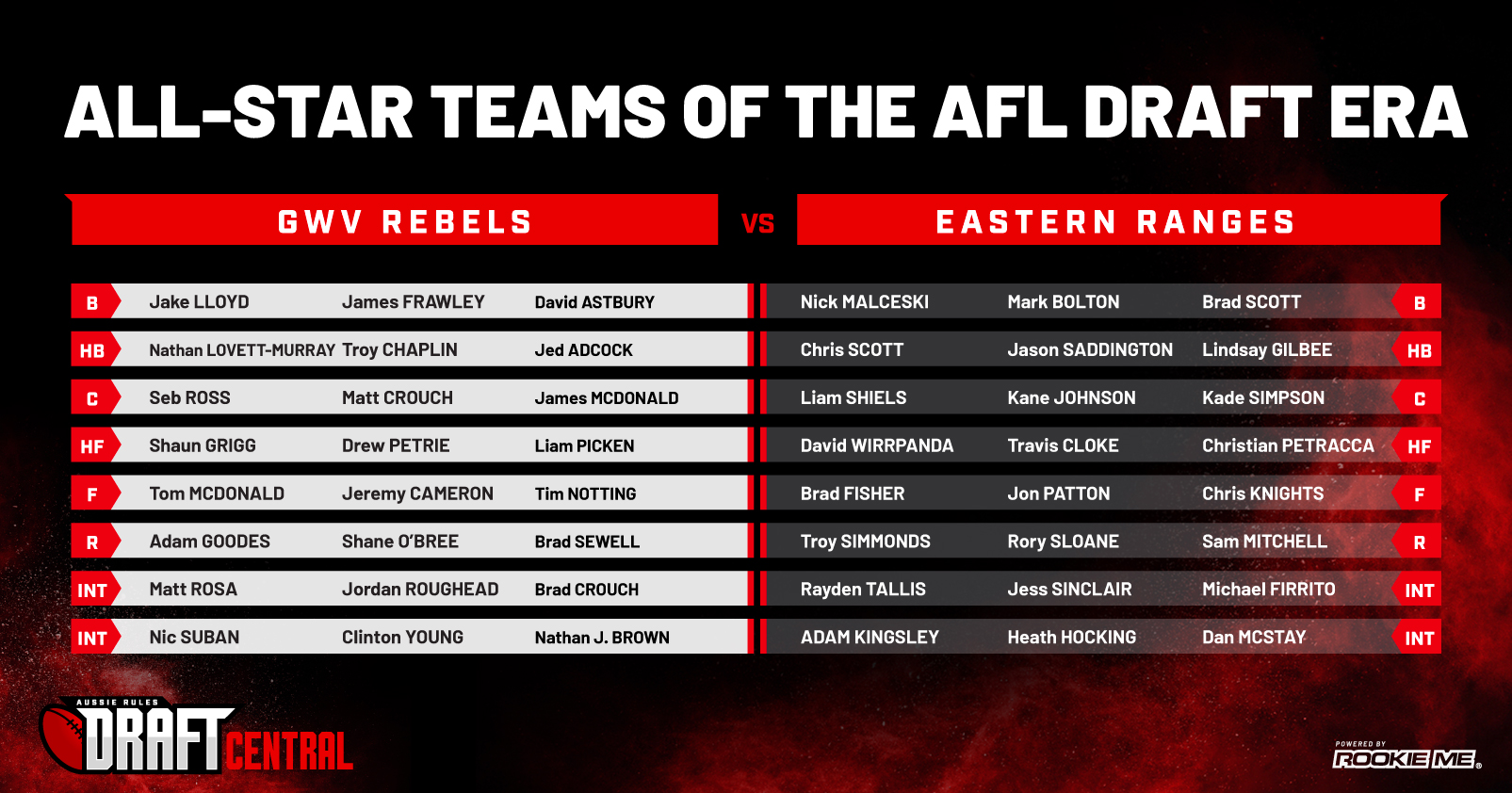