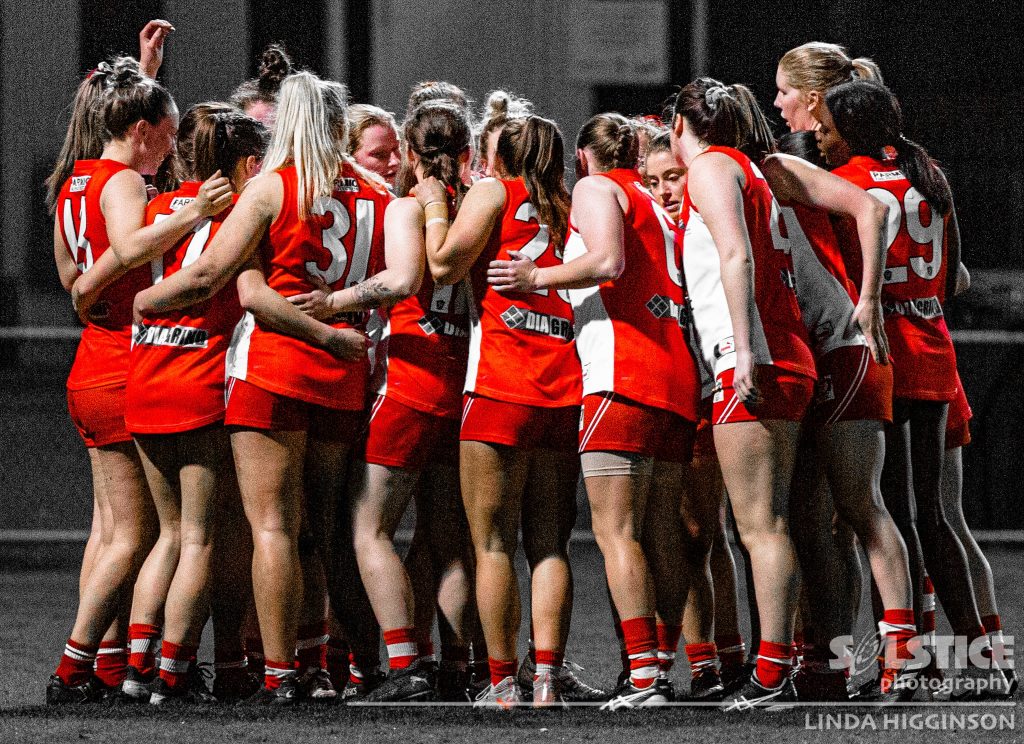 CLARENCE has gained some vital breathing space inside the top two with an important 12-point win over Glenorchy at KGV on the weekend. The Tasmanian State League (TSL) Women’s clash went down to the wire for the most part, but the Roos managed to get the job done and put away the Magpies for the second time this season.

Keeping Glenorchy scoreless in the opening term, Clarence headed into the first break with an eight-point lead. That soon evaporated in the second term as the Magpies booted two goals to one to hit the front by half-time. Clarence dug deep in the premiership quarter, booting three goals to one in what was ultimately the difference between the sides. Both teams kicked a goal in the last stanza, but it would ultimately be the 11-point final break lead – extended to 12 by the last siren – that proved to be enough in Clarence’s 6.4 (40) to 4.4 (28) victory.

Jessie Williams backed up her seven-goal haul earlier in the season with more multiple snags in the win, slotting three and being dangerous up forward. Usually reliable defender, Amy Prokopiec put her best foot forward in her best game this season, slotting two majors and named among the best for the Roos. Hannah Smith, Bronte Scott and Nicole Bresnehan were the others from the visiting side to make a statement on the day.

For Glenorchy, they shared the goals around with four individual goalkickers including regular scoreboard-hitters, Sarah Skinner and Molly Mitchell. Rebecca Clifton and Laura Negri were named the Magpies’ best in the loss, while Gennaveve Sullivan and Libby Haines were also strong.

Meanwhile in the other game, top of the table Launceston had a big win over its northern rivals, knocking off North Launceston by 62 points at Invermay Park. The Blues led in a narrow opening term by seven points, converting the only major of the quarter. They gained some separation after that, booting three goals in each of the final three terms. It helped the Blues lead by 26 and 47 points at the next two breaks, with the Bombers kicking a last quarter consolation goal, but the Blues getting the win 10.10 (70) to 1.2 (8).

Four players booted two majors with Daria Bannister, Molly Clark, Angela Dickson and Brooke Brown all converting a couple of snags. They featured heavily in the bests, with Kelsie Hill (one) and Meg Radford also impressive. For the Bombers, Bonnie Farrell kicked the team’s sole goal, while Kayla Sheehan, Maggie Cuthbertson and Jodie Clifford were all named amongst the losing side’s best.

Next week Launceston takes on Glenorchy as Clarence and North Launceston have byes, along with Tigers having a second consecutive week off.