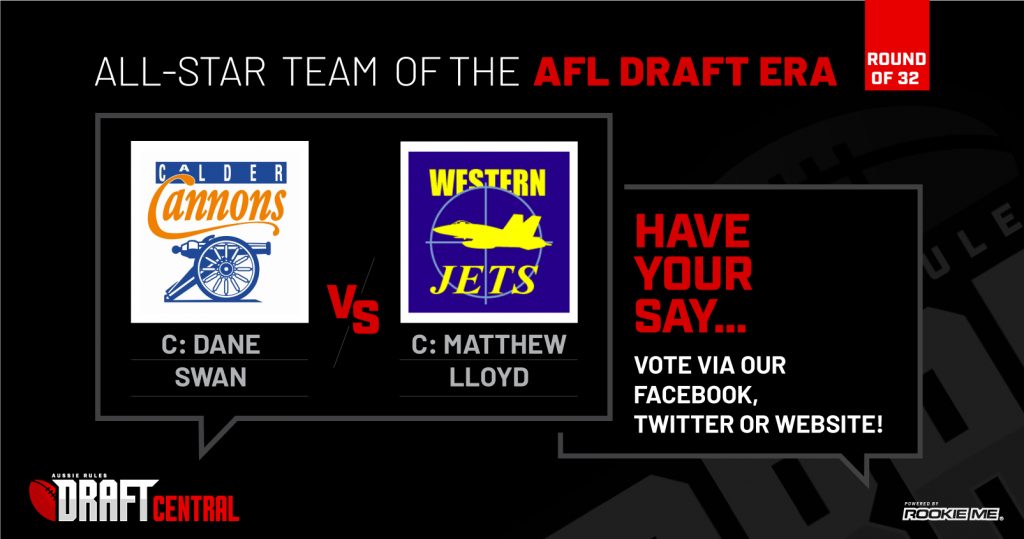 OUR first ever All-Star Team battle is one between two Vic Metro clubs, in the Calder Cannons and Western Jets. The two captains voted in by the public as the All-Star Players of the AFL Draft era were Dane Swan (Calder) and Matthew Lloyd (Western).

>> SCROLL BELOW TO SEE THE TEAMS AND VOTE <<

Both these teams are considered evenly matched, with Western having a couple of genuine all-time legends of the game, while Calder has more depth across the field. These teams are seeded 16th and 17th respectively, but it is about splitting hairs when it comes to quality amongst the 30 sides, with plenty of even teams running around.

Calder’s strength is its depth across the field, led by Swan in the midfield, who along with Jude Bolton and Dion Prestia, would take control in there. Callan Ward is a star, but the Western midfield is a little weaker, though still competitive with Michael Rischitelli and Heath Scotland in there. Their small forwards are as good of a quartet as they come, which would be exciting to watch.

Calder probably lacks a consistent key position forward, with Joe Daniher and Jake Carlisle capable of anything, but not a ‘Lloyd’ like the Jets have. They also have some strong defensively-minded backmen, but not as potent offensively off the defensive line though Brandon Ellis coming off the bench would certainly help with this fact.

Western’s weakness is its defensive depth. Fletcher, Houli and Sicily are quality, while Daniel Ward, Adam Kennedy and Kyle Hartigan would provide the defensive pressure, but are no world beaters in fairness to them.

Both these teams have exciting forward lines that would cause headaches for most opposition sides. Depending on which midfield got on top would really go a long way to winning, with Calder’s depth most likely getting them across the line. 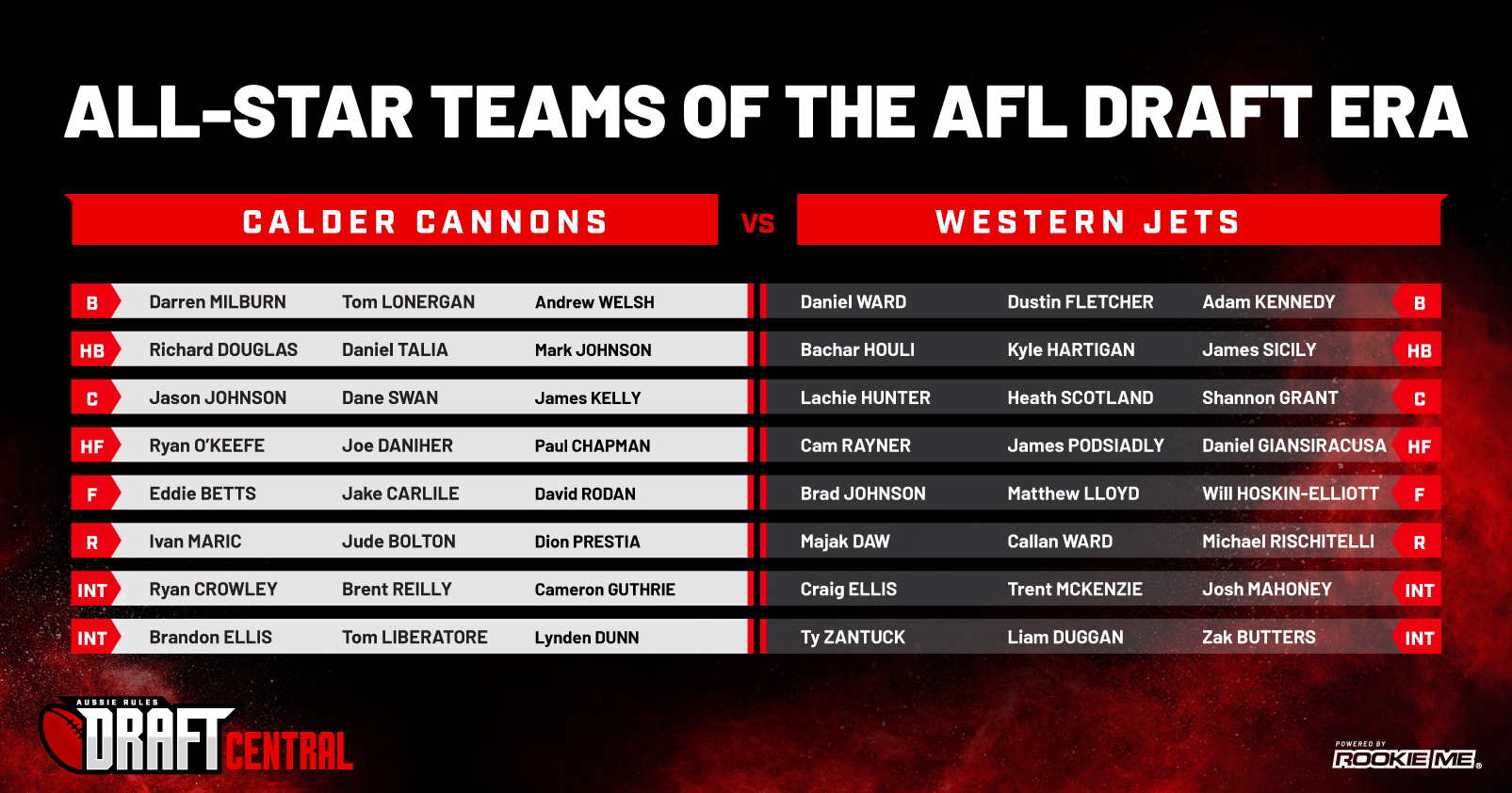 Which All-Star team would win?
Created with Quiz Maker