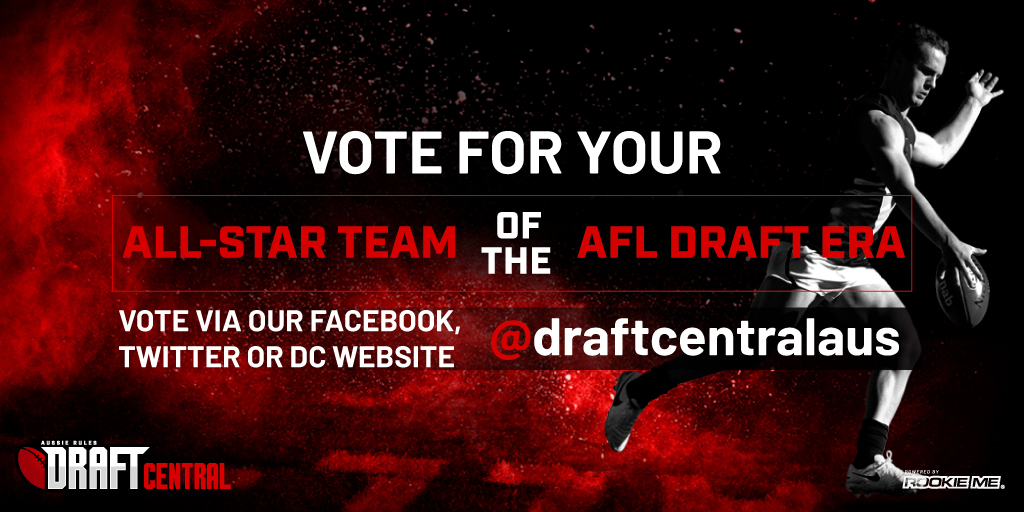 EVERY year, a new crop of AFL Draft talents rise up and make waves at AFL level. Some clubs such as Calder Cannons and Geelong Falcons are referred to as ‘footy factories’. Others are less well known, but nonetheless vital in providing players with their start to the AFL.

Over the past couple of months, Draft Central has gone through all of the NAB League, SANFL and WAFL clubs and tried to determine the best 24-player squad for their respective clubs. The captains and vice-captains were determined by the public through Instagram voting. Now, it is up to the public to decide which All-Star Team is the greatest of the lot. That’s right, the 30 teams from Victoria, Western Australia and South Australia are going head to head in a knockout draw.

Which teams are competing?

How will it work?

Each day at 10am, we will publish the two All-Star Teams of the AFL Draft era, and the public will be able to vote through the article, Facebook and Twitter, with the overall winner moving through to the next round.

Given there are 30 teams, two sides who we have picked out as the top two seeds – East Fremantle and Geelong Falcons – will have the bye in the opening round, with the other 28 teams seeded appropriately similar to the All-Star Player voting (3rd against 28th, 4th against 27th etc.).

Who is up first?

The first All-Star Team battle is between a couple of metropolitan sides who we have seeded 16th and 17th in the draw. They both have some absolute elite stars, but Calder Cannons and Western Jets will begin the voting on Monday. They will be followed by the Greater Western Victoria (GWV) Rebels and Eastern Ranges on Tuesday, before a cross-state clash sees third seed Port Adelaide Magpies tackle Peel Thunder. 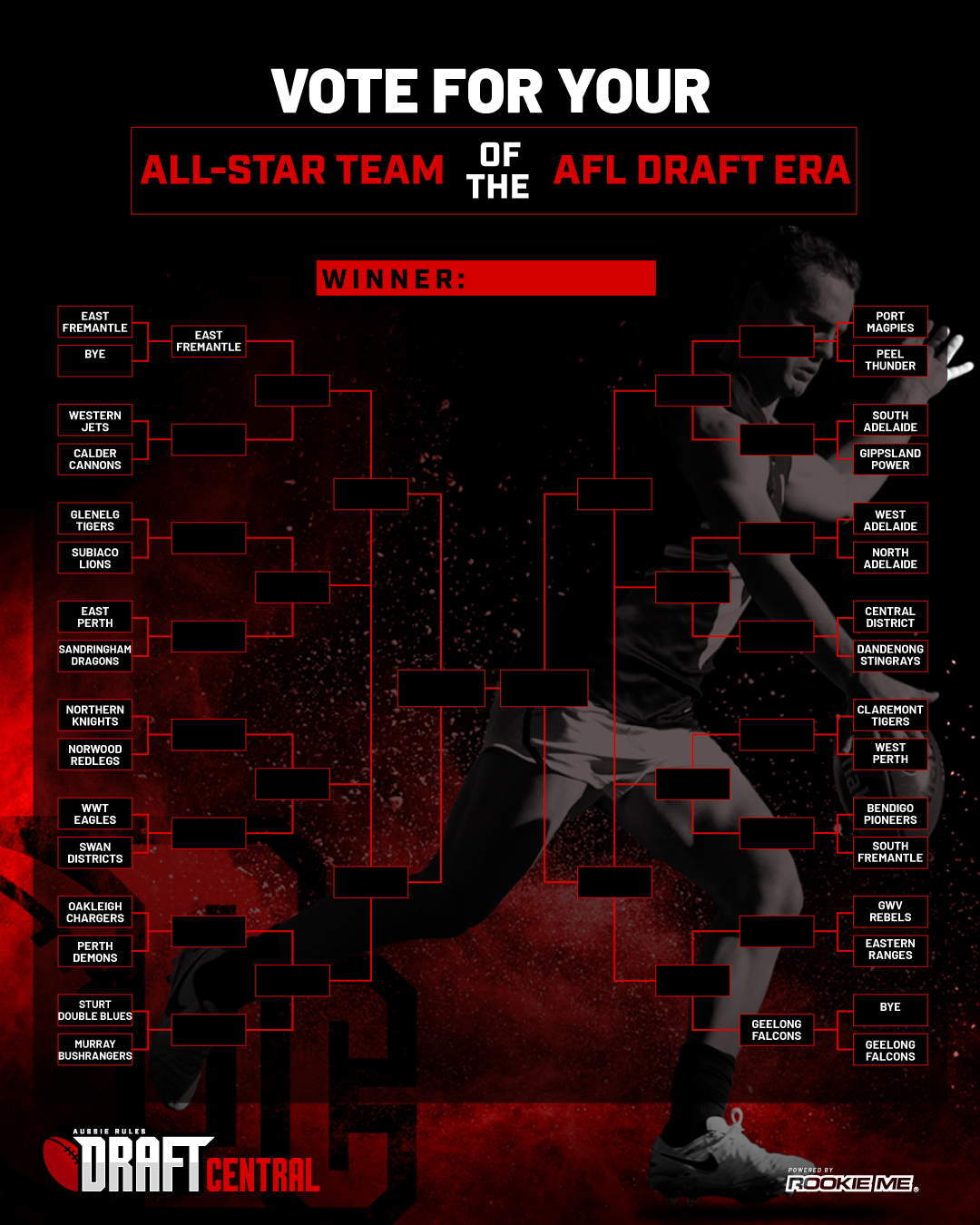