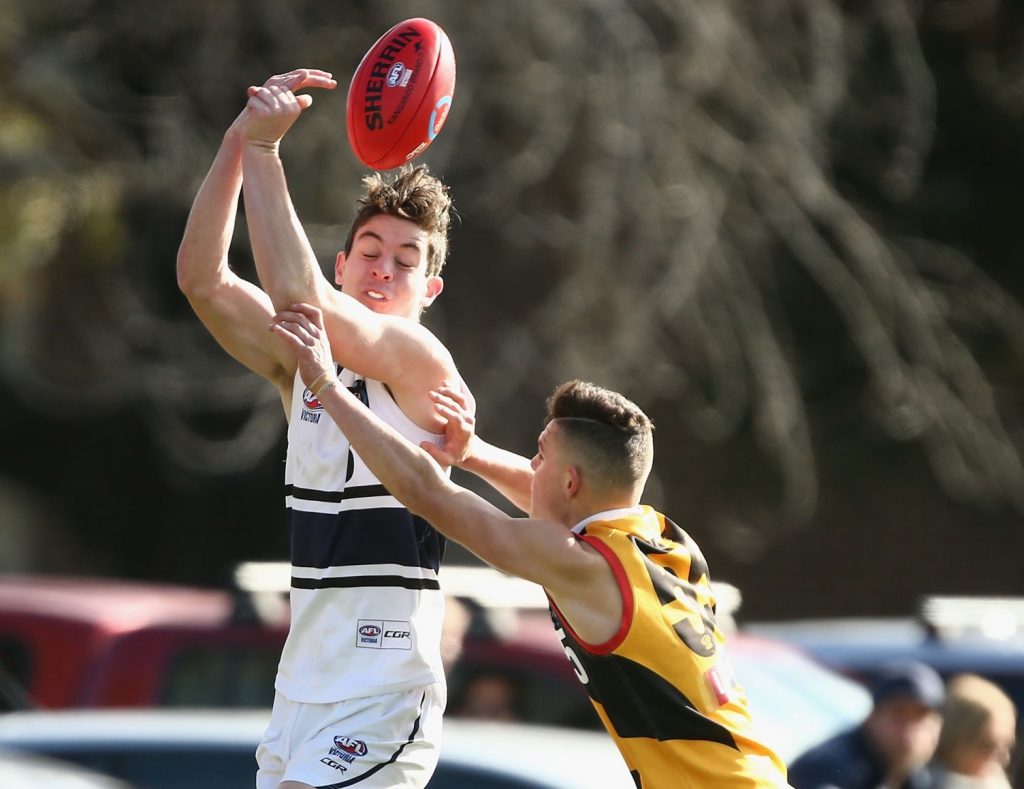 IF you are missing footy like we are, then let us somewhat salvage that with a look back in our series of Classic Contests. In today’s contest we look at another clash between the NAB League rivals to complete our full series, and today’s battle is between the Dandenong Stingrays and Northern Knights. In this edition, we wind back the clock to 2017, when the Knights hosted their county counterparts in an early-season heart-stopper.

There wasn’t much splitting the Northern Knights and Dandenong Stingrays as they readied to face-off in Round 6 of the 2017 TAC Cup season. Both regions sat comfortably in the top eight with 3-2 records, but were searching for their first set of consecutive wins having struggled to string together consistent form to that point. Barring a draw, one of the two sides would do so in this game.

A bunch of top-end junior talent missed out on taking to Preston City Oval for the clash, with Northern going in without Patrick Naish and Tom McKenzie, while the likes of Aiden Bonar, Luke Davies-Uniacke, and Oscar Clavarino were among Dandenong’s glaring top-age absentees. Still, quality remained in the form of Nick Coffield and Jack Petruccelle for the home side, with Hunter Clark and Tom De Koning among the most promising Stingrays to feature in the line-up.

Boasting arguably a greater depth of talent, the Stingrays sought to take toll as they began proceedings kicking towards the slightly advantageous end. Two majors was the best they could manage from eight scoring shots, though keeping Northern goalless helped to build a handy quarter-time buffer. After breaking five goals ahead in the second term, that lead was slashed in the as Northern piled on its first five goals to remain just four points adrift at the main break.

The game began to close up a touch in the third period as Dandenong looked to consolidate. The Stingrays boasted a 15-point lead at the last break, and stretched it to 21 in the final term, but the Knights weren’t done yet. Having only managed six goals across the first three quarters, Northern sunk home four late majors to snatch a memorable home victory, with Coffield swinging forward to claim the winning goal. Pressure machine Ollie Wilson also stamped his impact, with the most important of his 11 tackles coming in the dying stages as his Dandenong opponent ran into an open goal.

Jamison Shea was named best for his four-goal performance in the navy, black, and white. Petruccelle was lively with 20 disposals and a goal, while Coffield finished with two majors from 22 touches, and the likes of Mitch Andrews (32 disposals, 12 marks) and Braedyn Gillard (23 disposals, 10 tackles) also made an impact. Angus Paterson was Dandenong’s best with seven marks down back, followed closely by the likes of Tom Murphy (29 disposals) and De Koning (three goals). Fellow draftees Bailey Williams (19 hitouts) and Will Hamill were also named among the best, while Clark racked up 34 touches and laid seven tackles in the loss.

After finally claiming consecutive wins, the Knights would go on to add just three more for the remainder of the season. They finished eighth at 7-10-1, losing convincingly to Oakleigh in their elimination final dig. Dandenong (12-6) improved to third come the end of the regular season, and while the Stingrays pulled off a terrific finals win over Eastern, they were knocked out by eventual premier, Geelong one game away from the Grand Final.