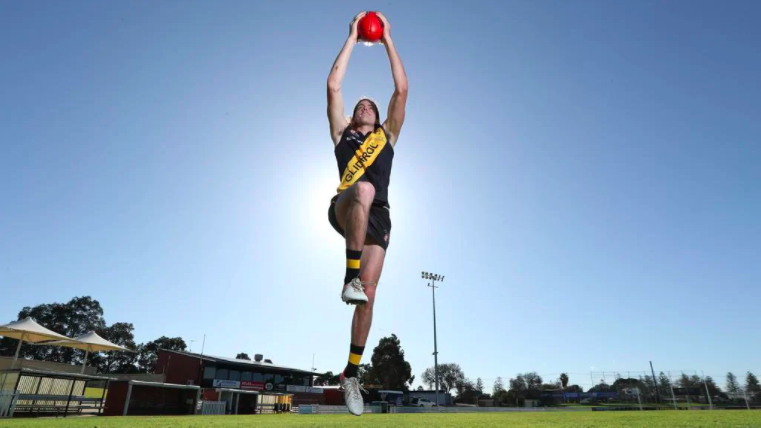 THE TOP junior prospects from South Australia rolled on into Round 9 of the SANFL Under 18s competition, with a number of standouts continuing to emerge. But in this edition of Caught the Eye, we have compiled a list of the best and most promising performers from across all three grades this past weekend, with one representative from all eight SANFL clubs. For extended profiles on each relevant player, click on their names highlighted in red. For our full Round 9 scouting notes, click here.

Our scouts said: “The industrious Nelligan was the most prolific player on the field, seemingly finding the ball at will. His running patterns are excellent and he always puts his head over the ball. Nelligan has also been able to impact the scoreboard since returning to Under 18s level after stints in Norwood’s League and Reserves sides.” – Tom Wyman

Verdict: Nelligan has proven again that he is a class above most at Under 18s level, though his fantastic form through midfield arguably raises more questions than it brings definite conclusions. With such promising athletic attributes and natural smarts, the 170cm prospect seems destined to fulfil more of a small forward roll at senior or AFL level, but has found himself back at the junior grade after League trials in that position. He looks much more comfortable on-ball, though may adapt to fit a mould similar to that of Carlton’s Michael Gibbons.

Our scouts said: “(Coates) started up forward and was eventually shifted into the midfield where he was able to use his bigger frame to advantage, particularly in the third term when the heavens opened up. Also trialled in the ruck on various occasions – a testament to his versatility – Coates worked hard around the ground and always provided an option when up forward. He was also one of North’s most valuable players in the final term when the game was on the line.” – Tom Wyman

Verdict: Coates put in another impressive shift on the weekend, providing a key link for the Roosters into their forward 50 arc. While he plays like a centre half-forward, Coates’ in-between height makes him a mobile outlet who can either compete above or below his size. He looks most impressive while presenting hard on the lead, but also moves relatively well and has shown he is clean enough to also be utilised further up the field. It will be interesting to see which position suits him best in future.

Our scouts said: “(Andrews) spent most of his time on the wing and ran hard both ways throughout the entire game, finding plenty of the footy on the inside and outside. His attack on the ball was fantastic, and he was always willing to take the tackle and dish it out to create space for teammates to work into. At stoppages, he positioned himself well at the back, often receiving a quick handball and then moving the ball forward.” – Tom Cheesman

Verdict: The Western Jets product was, in our eyes one of the more unlucky over-age prospects to be overlooked once again in 2019, but continues to chase his AFL dream with a move to the South Australia. Viewed as a player who was too outside-oriented, Andrews became a more balanced midfielder last year, but reverted back to his role on the wing for his SANFL debut. He again showed good signs in his first dig for South Adelaide, and should remain in the frame given his proven worth as he competes in the back half of the season.

Our scouts said: “It was a tough day to be a Bays defender, but Parks stood up under insurmountable pressure. The former Sydney Swans Academy member worked very hard defensively right from the opening bounce… He showed that he can play on all sizes, often switching to different opponents whenever necessary to stop the Panthers from creating scoring opportunities.” – Tom Cheesman

Verdict: Another who was unlucky to miss out on being drafted last year, Parks is a promising type who made the move to South Australia after being overlooked by the Sydney Swans. His greatest qualities are eye-catching, with intercept marking and reading of the play forming the crux of his defensive game. He is a good size at 189cm and 83kg, able to play both tall and small as a versatile option among the back size. Parks is a readymade prospect and has already more than justified his choice to continue his footballing journey with the Bays.

Our scouts said: “(Spain’s) poise when he had possession, combined with relentless pressure and hustle when he did not, was impressive. He used the ball well when he had space as well as in-close, which seemed to be most of the game as he spent a lot of it in and under the contest. His ground ball gathers at pace were slick in the conditions, and he showed good pace and strength.” – Eli Duxson

Verdict: The absence of Tom Powell left a sizeable void in the Double Blues’ midfield, but Spain was terrific in his endeavour to fill it. He may be small in stature, but the bottom-ager digs in hard and is able to have a real impact at the coalface. Pleasing additions to his game include speed and dare on the outside, as players of Spain’s size are often required to possess some type of line-breaking attributes or points of difference. He is capable of some pretty complete performances going both ways, boding well for his development.

Our scouts said: “(McNeil) spent time on the ball and on the wing and showed a good balance between contested inside work, and slick outside ball use. His work in tight was a thing of marvel as he managed to find teammates with quick hands and was strong enough to be able to run on and impact again. His outside use linked a lot of defence to offence.” – Eli Duxson

Verdict: This one has been a long time coming, with McNeil returning some impressive form throughout the entire SANFL League season to date. Not only has the 19-year-old cemented his place in the ladder-leaders’ best lineup, but he has also had a great impact on most games. McNeil is able to ply his trade both inside and outside, winning the ball at a good rate and with neat balance. He was the Eagles’ leading ball winner on Saturday, and may well be proving some of his doubters wrong after being overlooked last year.

Our scouts said: “It was good to get Sinderberry back and he had a major say in West Adelaide finally getting a win, with his work in defence just outstanding. Sinderberry was an intercept marking machine, always finding himself in the way of Centrals’ forward entires. His ball use coming from defence was also superb, using it ball neatly by hand and foot.” – Ed Pascoe

Verdict: Injured Glenelg forward Kaine Baldwin has been quoted as saying that Sinderberry provided his most difficult opposition to date, so it is terrific that the AFL Academy member has hit some form upon his Under 18s return. While he is a touch under true key position height, Sinderberry’s marking and intercept quality makes him such an asset at centre half-back. He also uses the ball better than most key backs, bringing a good range of assets to the fore. The West Adelaide prospect will hope to put together a consistent back-end of the season.

Our scouts said: “Patrick was a livewire in the forward line, showing plenty of skill and proving very clean in everything he did. His best quarter was in the second where he had some good bits of play with one instance when he gathered cleanly and waxed with Brodie Lake, which I expect to happen more often in the coming weeks. He would go on to kick a nice goal, going for a run and slotting the goal nicely to show his class.” – Ed Pascoe

Verdict: Another Northern Territory recruit, Patrick was already set for a move south having linked up with the Calder Cannons. But with the 2020 NAB League season scrapped, the exciting small finds himself playing alongside fellow Top-End gun, Brodie Lake. Patrick made a promising debut and should only get better in time, while his senior experience with Palmerston in the NTFL bodes well for a smooth transition.