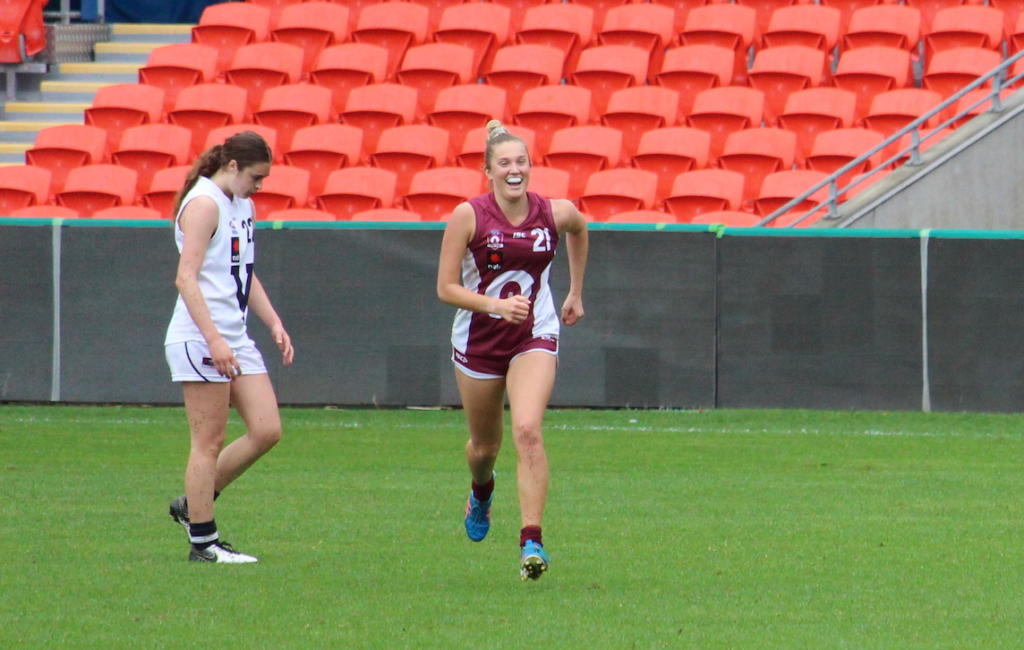 JUST three rounds remain in the competition and seven teams remain in the hunt for six spots. Finals could well be settled though depending on results of the weekend, with sixth placed University of Queensland capable of snatching a finals spot over Wilston Grange if the Red Lionesses can defeat Maroochydore and the Gorillas lose to Coolangatta Tweed. That pair of results would boost University of Queensland eight points clear of Wilston Grange with just two rounds remaining and a percentage difference impossible to make up.

In the other two games there is still plenty on the line as second placed Coorparoo hosts third placed Yeronga South Brisbane, while top of the table Bond University faces last placed Aspley Hornets. As it stands the Sharkettes are the team to beat, sitting four points on top with a massive percentage of 360.2. That is unlikely to change this week as the Sharkettes concede just 14 points a game, while the Hornets average the 10.9 points per game. By comparison, Bond University average 50.4 per match, while the Hornets concede 58.7, showing just how big of an upset this would need to be from the league’s winless team.

There is plenty of interest in the top half of the ladder with second through fourth all on 24 points. The winner of the Kings and Devils game will guarantee themselves second spot, while Coolangatta Tweed can not afford to slip up against Wilston Grange. If the Bluebirds go down and Maroochydore can get up over University of Queensland, then the Roos’ higher percentage will see Maroochydore rise to fourth, and also result in both the Red Lionesses and Gorillas sitting on 14 points apiece with two rounds remaining in the season.

Much like the ladder, the QAFL Women’s leading goalkicker race is hotly contested with 10 players scoring between eight and 11 goals this season. Bond University teenager Taylor Smith is the leader with 11 goals from eight games, one ahead of Coorparoo duo, Emma McKenzie and Jamie Stanton, and University of Queensland’s Dakota Davidson. Another couple of Kings sit on nine goals with Chelsea Chesterfield and Jess Wuetschner, while Kelsey Crosbie remains on eight, and Greta Bodey (University of Queensland) and Lucy Bellinger (Yeronga South Brisbane) have also slotted eight majors for the season.

In terms of outstanding performers in the season, Aspley Hornets’ Courtney Daniec stands above all others in a trying year, named in the best in every single match of the Hornets season. Kaitlyn Day has a near perfect record for the Gorillas, with eight bests from nine games. A couple more Hornets are on six bests appearances in youngsters, Isabella Kotatis and Lucy Pengelly, as well as Maroochydore’s Maggie Harmer and Coorparoo’s Jade Ellenger.

With just three rounds remaining, all the sides are jostling for the best possible finals position as the top two get a week off, and third and fourth take on sixth and fifth respectively in elimination finals that are just three weeks away.