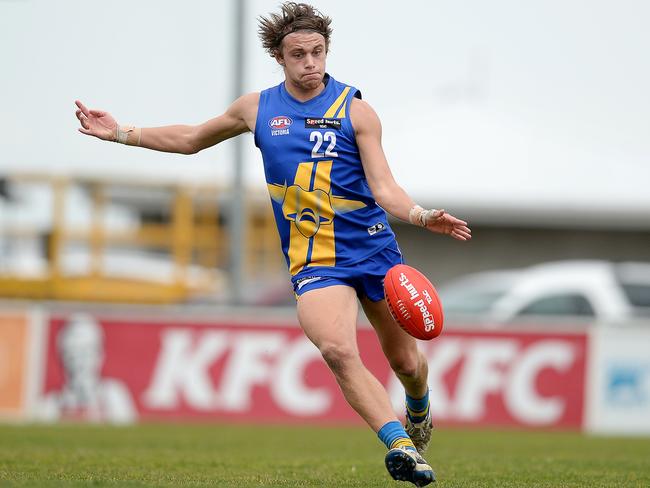 IF you are missing footy like we are, then let us somewhat salvage that with a look back in our series of Classic Contests. In today’s contest we look at another clash between the NAB League rivals to complete our full series, and today’s battle is between the Murray Bushrangers and Western Jets. In this edition, we wind back the clock to 2013, when the two sides threw down in an epic elimination final.

The first week of NAB League (formerly TAC Cup) finals always delivers on upsets and high drama, with most sides near full strength and firing on all cylinders in hopes of impressing on the eve of draft time. Murray was the side hoping to throw a spanner in the works as it met Western for an elimination final clash in 2013, set to face one of the stronger Jets squads of the last decade – a team which beat them by 63 points in Round 8.

Streaks of form were noticeable in the recent form lines of either team, with Murray (8th, 9-8) having just snapped a three-game losing run to bring some slight winning form into finals, while Western (5th, 9-7-1) had its streak of three-consecutive victories cut at the worst possible time. But among a top eight where third was separated to eighth by just four points, anything was possible in the post-season.

The Bushrangers proved just that with a sizzling seven-goal opening term, and while they opened up a handy 17-point buffer, the Jets weren’t too far behind having managed four majors of their own. After such a frantic start, the scoring came to a grinding halt in the second and third periods, with either side managing just two goals each over the 50-minute period.

Western had cut the quarter-time gap by just two points in that time, but were soon about to flick the switch and boost past a fast-starting Bushrangers outfit. Four unanswered goals saw the Jets enact an even 24-point turnaround in the final term, seeing them get over the line by nine points. They managed six goals to Murray’s two after quarter time after promising a shootout, controlling the game well and opening it back up on their terms to advance to the semi finals.

While Murray’s season was brought to an end there and then, Western lasted only one more week as Calder bundled it out of the premiership race in the semi finals.