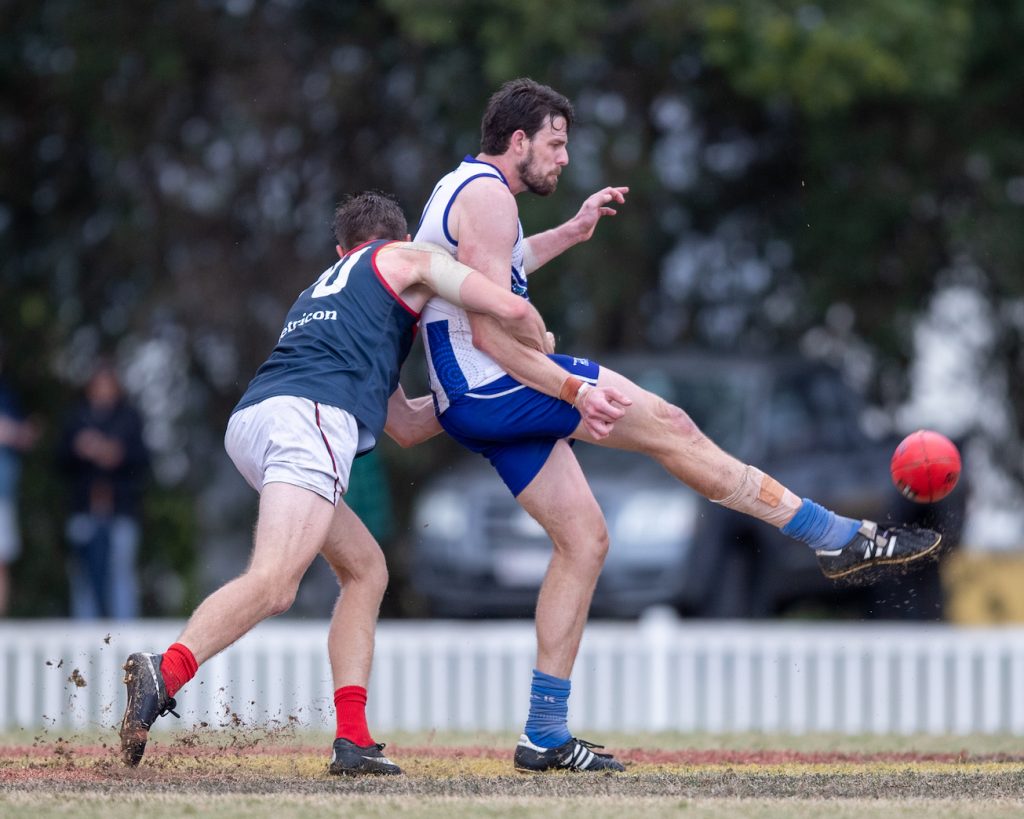 RED hot Mt Gravatt is making its way up the Queensland Australian Football League (QAFL) ladder after three wins in four games to go outright fourth on the table. The Vultures side looked down and out in the opening couple of rounds, but has steadily built together a winning streak to be back at a level 3-3 from six games. Now they take on an undefeated Morningside outfit in the Vultures biggest challenge to-date, and as one of the sides yet to have a bye, a win is crucial for the fourth placed team.

The key to victory for the Vultures will be to restrict in-form goalkicker Matt Hammelmann who has slotted 20 goals in five games to be one of the clear dominant goalkickers in the competition. If the defence can restrict his influence on the game, and not allow too many of the smaller damaging forwards such as Blake Coleman to have an impact, that will be crucial. Coleman has proven to be silky in any condition, and he will be looking to return from the Northern Academy Series first two rounds and put in a big performance for the Panthers.

An upset win for the Vultures gives them breathing space inside the top four, while a loss could see them slip back to fifth if Maroochydore can upset Broadbeach. In that match, Broadbeach are the premiership favourites and will be hard to stop, seeing off every challenge thus far, including a one-point victory over Palm Beach Currumbin last week. Maroochydore had a vital win in Round 6 and were able to get four points clear of the bottom three, but cannot rest on their laurels if they are to be a serious threat in the competition, and continue to rise up the ladder.

Carter Michael has impressed at the Northern Academy Series where he will return to the green and gold and provide some good dare and athleticism down the ground. He can play off half-back or running along a wing, and he can really break the game open with his kicking. Fast entry inside 50 and unpredictability is the key for Maroochydore as the team shared around the goals a little more last week. Though Mitchell Scholard is still the man to target with 20 goals in five games at four a match.

Broadbeach forward Josh Gore could cross paths with Michael as he did at times in the Academy series, with the over-age forward booting eight goals in four games so far. Jordan Moncrieff is the competition’s leading goalkicker though with a mammoth 24 goals in five games at almost five per match. Aidan Fyfe and Bailey Reeves are both coming off strong performances for the Suns Academy and will be ones to watch for the Cats.

In a more predictable result, a vengeful Palm Beach Currumbin will be ready to take out the frustrations of a one-point loss in Round 6 on Labrador in Round 7. The Tigers won their first game last week against Wilston Grange, but had struggled to that point. They will need to take it up another level again to match it with the Lions who still remain one of the teams to beat.

Ex-AFL talents in Bryce Retzlaff and Jono Beech remain dangers in the forward half, while another ex-AFL player to watch is Fraser Thurlow who would likely be leading Labrador’s best and fairest. The Lions do not have a dominant goalkicker, and instead share the load around with Mitchell Johnson (11 goals) and Jarryd Douglas (10) in double figures. Ethan Hunt showed some promising signs in the Northern Academy Series, while Suns captain Jack Johnston will return to his defensive post for last year’s runners-up.

In a must-win clash for both sides, Wilston Grange will travel to Surfers Paradise in a battle of the bottom two teams. It has not been a memorable start to the season for the reigning premiers, as the Demons find themselves on the bottom of the QAFL ladder after six rounds. The good news is, they are still only four points away from the finals positions, and a late season surge could see them sneak in. It goes without saying Surfers Paradise must win this game against the Gorillas if they are to be a legitimate chance in season 2020.

Losing their past three games, the Demons welcome back talented young top-age forward Max Pescud from the Northern Academy Series who had booted six goals in three games for the Demons. He was named in the best for both Suns’ Academy games and could be the key to victory here, while Myles Jewell has shown good form up the other end. For the Gorillas, Tahj Abberley is a prospect who can break a game open with his run and carry, while Shatna Cashen-Harris had some highlight-reel moments in the Academy Series as well. Both Lions Academy prospects will look to have an impact her, as will Kuot Thok.