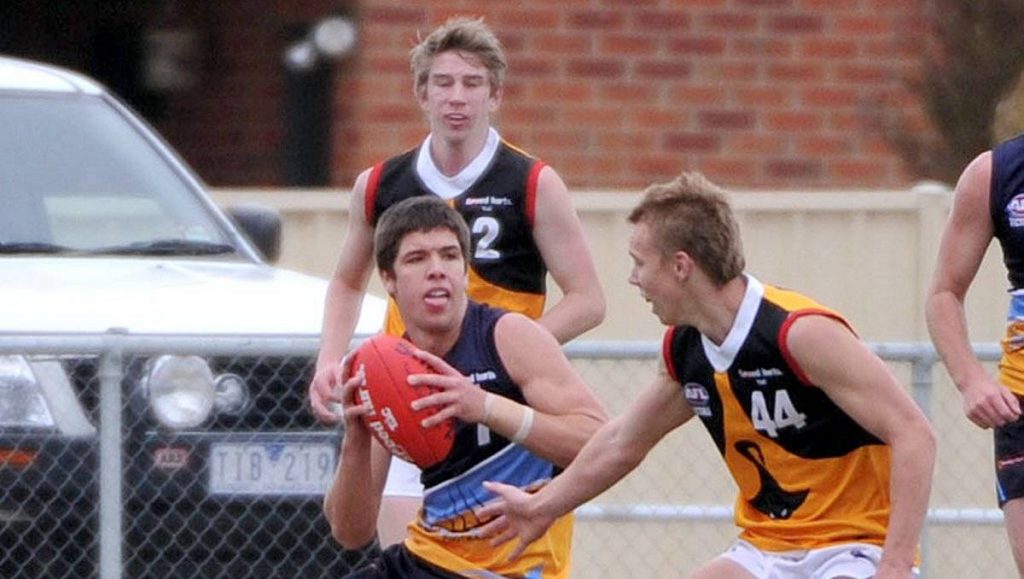 IF you are missing footy like we are, then let us somewhat salvage that with a look back in our series of Classic Contests. In today’s contest we look at another clash between the NAB League rivals to complete our full series, and today’s battle is between the Bendigo Pioneers and Dandenong Stingrays. In this edition, we wind back the clock to 2013, when the sides met in Round 7 of the formerly named TAC Cup competition.

There haven’t been many close games between the Bendigo Pioneers and Dandenong Stingrays over the last decade, with the closest battle decided by a margin of 17 points in 2013. As has often been the case, Dandenong got up on that day, led by a trio of top-aged future AFL draftees, who helped fend off a late surge from the Pioneers.

The two regions came into their Round 7 TAC Cup clash with opposite records; as the Pioneers had just snapped a three-game losing streak to sit 11th at 2-4, while the Stingrays were riding a four-game unbeaten run having started the season at 0-2. Their now 4-2 record had them poised nicely in fourth.

Somewhat true to form, it was the Stingrays who shot out to an early lead, notching 10 scoring shots in the opening term to soar 21 points ahead. That margin was extended to a formidable 45 points in the following period as they managed to keep the Pioneers goalless across 25 minutes, but that’s where the buck stopped.

While the deficit was ultimately unassailable, Bendigo outscored its opponent in the final two terms to greatly reduce the final margin, booting three majors in each period and keeping Dandenong goalless in the last. The Pioneers’ accuracy (9.5) was still not enough to combat Dandenong’s weight of scoring chances (10.16), as they suffered a fifth loss for the season.

For Bendigo, Joel Helman‘s three goals saw him recognised as the best in a losing effort, while Fergus Payne (14 disposals, one goal) and Isaiah Miller (30 disposals, one goal) were others in the top six to have hit the scoreboard. Jacob Chisari (29 disposals, 10 tackles) was also lively around the ball, as future draftees Jaden McGrath and Billy Evans were kept to 18 touches between them.

Dandenong would go on to have a strong season, qualifying for the grand final after finishing the regular season in third at 10-7. While they went down in the decider, the Stingrays managed to knock off Bendigo once again during the home-and-away allotment, by a much more comfortable 70 points at home in Round 13. That was one of 14 losses for the Pioneers in 2013, as they finished 11th having gone down in their last eight outings.