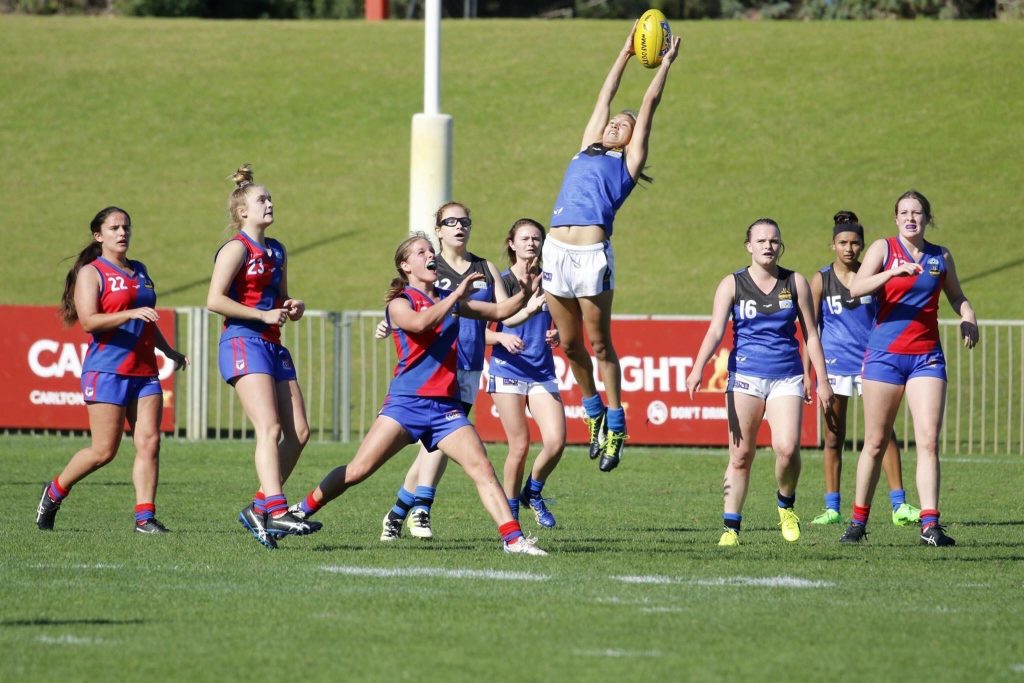 IN a new series focusing on the up and coming AFL Women’s Draft hopefuls, we take a look at some names who would be among their respective states’ top draft prospects for the 2020 AFL Women’s Draft. Next under the microscope is Swan Districts’ midfielder/forward Mikayla Morrison who is one of the more complete players in the West Australian draft pool credit to her athleticism, footy smarts and X-factor.

The West Australian pool of eligible draftees has a number of talented prospects who West Coast and Fremantle would be looking at in the upcoming AFL Women’s Draft, and clever midfielder-forward Mikayla Morrison is firmly in that group. In terms of her ability, she has a well-rounded game with few flaws when it comes to offensive ability and nature. Her defensive pressure is just as good, providing that forward tackling pressure that coaches love, and she can kick goals from multiple sources, on the run or set shot.

Playing predominantly as a forward for the Swans as well as for the West Australian state side at the AFL Women’s Under-18 Championships last year, the top-age talent has aspirations to be more of a permanent midfielder in time. She has the pure acceleration and on-ground pace that makes her hard to stop, with a unique ability to hit targets in difficult spots. Possessing an elite right foot, Morrison is certainly right up there with anyone in terms of class and overall talent, as she showed last year at the championships by booting three goals – one per game – including one from a huge mark at Metricon Stadium.

Morrison’s clean hands both in the air and at ground level make her look sublime in either dry or wet weather conditions, as shown by her matchplay this season for Swan Districts. What often lacks in a forward with her offensive ability is defensive accountability, but this is not the case with Morrison. In fact, her hunger to win the ball is terrific and she is not afraid to run down opponents and lock the ball inside 50 to create goalscoring opportunities for either herself or her teammates. When goalside and in space, very few could catch her and she has a neat sidestep that can trick opponents into overcommitting. With a keen goal sense and consistency in hitting the scoreboard, Morrison is a player that cannot be left alone.

Watch our for Morrison in the upcoming AFL Women’s Draft with the West Coast fan no doubt keenly watched by both the state’s newest club as well as last season’s minor premiers, Fremantle. One thing is for sure, Morrison already has an impressive highlight reel.