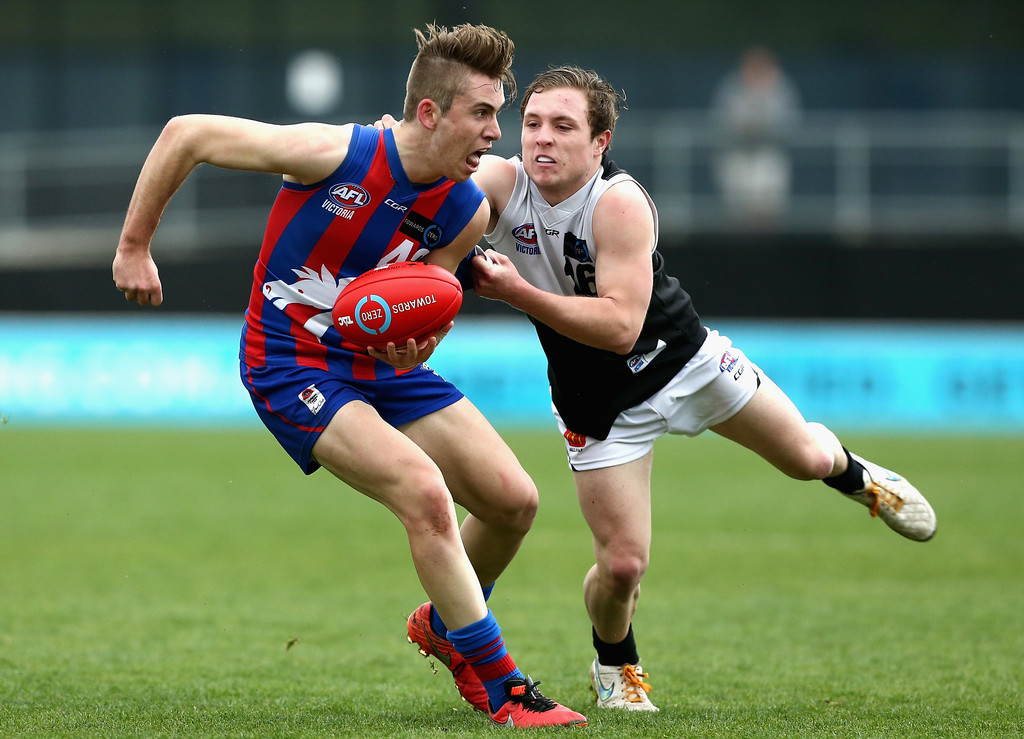 IF you are missing footy like we are, then let us somewhat salvage that with a look back in our series of Classic Contests. In today’s contest we look at another clash between the NAB League rivals to complete our full series, and today’s battle is between the Greater Western Victoria (GWV) Rebels and Oakleigh Chargers. In this edition, we wind back the clock to 2016, when the sides threw down in a tense semi final.

A lot has changed since 2016; the North Ballarat Rebels are now known as the Greater Western Victoria Rebels, and the premier Victorian Under 18s competition has been rebranded to the NAB League. But one thing that has barely changed of late, particularly for the Oakleigh Chargers, is their ability to produce AFL-worthy prospects, of which were on show during a tight TAC Cup semi final showdown.

16 players who took to Princes Park as the Rebels and Chargers went to battle would eventually land on AFL lists, split 10-6 in favour of Oakleigh. It could have been more too, with both sides missing a key top-age gun each. The Rebels went in without Jarrod Berry, who was arguably built for finals football, while Oakleigh was missing bigman Sam McLarty. But with a heap of quality remaining and both sides near full-strength, a spectacle was still there to be had.

The Rebels were clearly the superior side throughout the regular season, having earned a second finals chance by finishing third at 12-5. They had beaten Oakleigh by 39 points in Round 6, and boasted a six-game winning streak in the lead-up to finals. That second chance would come into play after a loss to Geelong in the qualifying finals, on the same weekend that Oakleigh won its elimination dig over Calder by 106 points. It meant the Chargers had won four on the trot after finishing sixth (8-9), and would look to bundle the Rebels out in straight sets.

An early break went the way of the underdogs too, despite two Shannon Beks goals for North Ballarat in the first 10 minutes. The Chargers held a one-point lead at the main break, with no side able to string together a streak of over two goals to that point. While Aiden Domic put the Rebels ahead with an early third term major, Oakleigh soared back in front with four unanswered goals of their own – only halted by Jake McQueen‘s late steadier.

With everything to play for in the final period, Tom Williamson got North Ballarat off to the perfect start with a goal in the second minute, and after a 15-minute stalemate, Jarrod Korewha brought the margin back to a single kick. Oakleigh looked to have done enough with two quick replies but the Rebels were not done yet, and bridged the gap once more. A handy Ed Phillips point with a minute on the clock would make it tough for North Ballarat at seven points down, proving as much as they went down by six points.

Two players who were unlucky to miss out on being drafted that year, Cal Wellings and Campbell Lane were named best afield for their respective sides, and ended up as teammates in Collingwood’s VFL squad. It was no surprise to see the likes of Hugh McCluggage and Willem Drew amongst the action for North Ballarat, while Phillips and a bottom-aged Toby Wooller were influential for Oakleigh. Eventual draftees Dion Johnstone (three goals), Patrick Kerr (two), Josh Daicos (two), Jack Higgins (one), and Nick Larkey (one) all hit the scoreboard for the victors.

Oakleigh’s finals charge would grind to a halt at the very next stage, going down to Murray by 44 points.