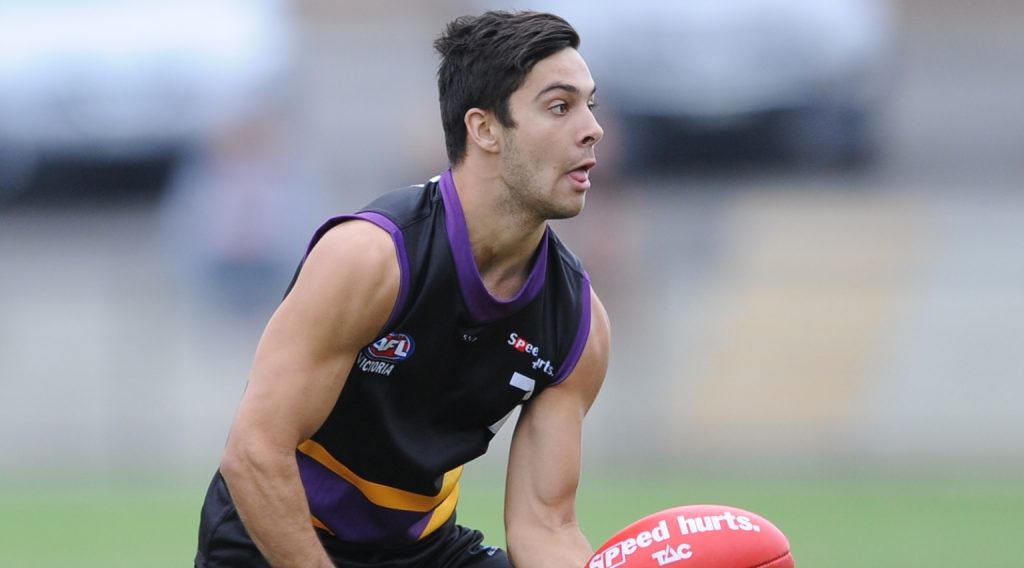 IF you are missing footy like we are, then let us somewhat salvage that with a look back in our series of Classic Contests. In today’s contest we look at another clash between the NAB League rivals to complete our full series, and today’s battle is between the Murray Bushrangers and Northern Knights. In this edition, we wind back the clock to 2013, when the sides locked horns in the final round of the home-and-away season.

The scenario was simple for Murray heading into the final TAC Cup round in 2013; beat the fifth-placed Northern Knights, and you make finals. Sandringham was lurking just two points adrift, and would have the chance to capitalise on any slip-up from the Bushrangers in the weekend’s final fixture. With the fate of their season in their hands, the country region delivered at the death.

Looking at the form guide, one could hardly be blamed for counting Murray out, as it would have to halt a three-game losing skid against a higher-ranked opponent just to guarantee a post-season spot. Northern had produced the goods towards the back-end of the season too, coming in with wins in six of its last seven outings. Both teams were at relative full-strength, with a total of 12 future AFL draftees taking the field – split seven to five in Murray’s favour.

Out to prove their credentials, the Bushrangers slammed home five-straight goals in the opening term to signal their intentions. Northern remained in the hunt, but could only manage 2.5 from its superior weight of scoring shots. That factor would take toll in the second period, as the Knights booted three unanswered majors to take a three-point advantage into the main break.

The less-than one goal swing was reclaimed by Murray heading into the final turn, leaving everything to play for across the remaining 25 minutes. Knowing full well of the finals ramifications, Northern made it tough for the hosts and even outscored them, but was unable to get back on top as Murray held on to win by three points. Both sides booted two goals each in the final term, making for a grandstand finish.

An incredible four goals from 16-year-old talent Josh Schache proved massive for Murray in the steady-scoring affair, but it was Kayne Turner who was adjudged the victors’ most valuable player. All six of the Bushies’ best players went on to make the AFL grade, as Daniel Howe, Michael Gibbons, Nick Holman, and Jarman Impey joined the aforementioned pair. Top-age gun Ben Lennon was recognised as Northern’s best player, with Jayden Short and Marcus Bontempelli also among the action.

Despite the result, Northern would go on to have the better post-season run of the two sides; beating Gippsland in a week one elimination final, but going down to eventual premier, Eastern in the semis. Murray would immediately bow out of finals despite boasting a stacked squad, losing to Western by nine points in their knockout dig.