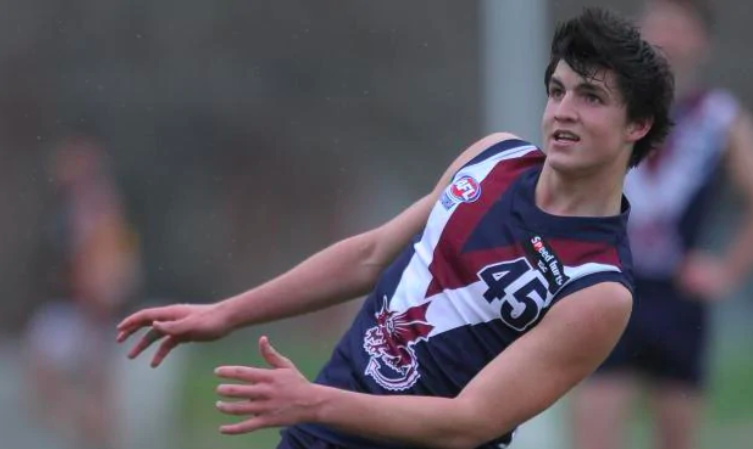 IF you are missing footy like we are, then let us somewhat salvage that with a look back in our series of Classic Contests. In today’s contest we look at another clash between the NAB League rivals to complete our full series, and today’s battle is between the Murray Bushrangers and Sandringham Dragons. In this edition, we wind back the clock to 2014, when the two sides met in an elimination final showdown.

Sandringham and Murray have played out some memorable battles over the years, including in 2014 when the two sides met at the elimination final stage. With both their seasons on the line, and plenty of talent at the ready in the form of 14 AFL draftees, it was no wonder the two regions were so evenly matched.

While Sandringham had the ascendancy in terms of ladder position (fifth, 10-7) compared to Murray (eighth, 9-8), only one win separated their respective records. Both sides came in off runs of two-consecutive wins, but had tasted defeat in the month leading into finals. One of the key factors separating the regions was Murray’s two-point win over the Dragons in Round 8, though the lineups had undergone some significant changes since then.

The Dragons would go in missing a couple of key top-agers too, with Ed Langdon and Ed Vickers-Willis absent, but somewhat evened out by Murray’s loss of Caleb Marchbank and Kayne Turner. While Sandringham’s top-age cohort was a feature of its squad, Murray boasted a promising under-age core which would go on to make a splash over the next couple of seasons with this kind of experience in the bank.

The strength and experience of Sandringham’s core group seemed to put them in good stead too, as they snuck ahead early and held their lead across every break. The Dragons won all of the first three terms, with four goals to two in the third giving them a handy 19-point buffer. It proved more than enough to see them through by nine points, despite the Bushrangers’ greater weight of scoring shots in the final quarter.

Angus Brayshaw was, unsurprisingly best afield for the victors having booted two goals from his 19 disposals, while fellow draftees Michael Manteit (26 disposals), Will Fordham (26 disposals), and a bottom-aged Harley Balic (21 disposals, one goal) were also named among the best. Tyler Roos, the son of Paul also found plenty of the ball alongside Amazing Race teammate Tom Wilkinson, while Brayden Maynard was dependable as ever. After a win against North Ballarat the following week, Sandringham’s finals run ended at the hands of eventual premier, Oakleigh.