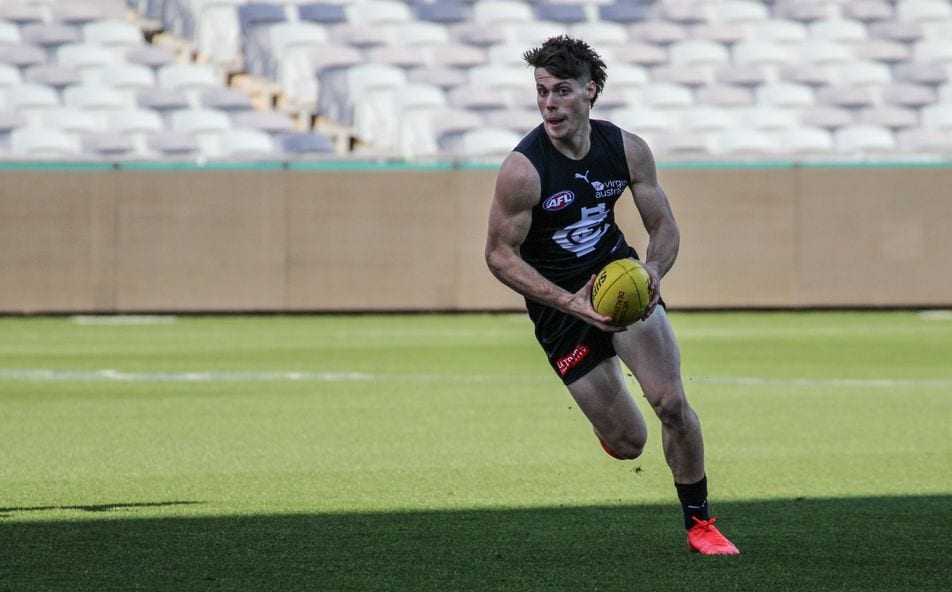 ROUND 12 of the AFL Premiership Season got underway on Thursday night, with Sydney and GWS fielding a debutant each as the Swans ran out 41-point winners. Neither Geelong or Port Adelaide blooded fresh talent on Friday night, but a sweet debut story is set to unfold amid Saturday’s set of fixtures. While teams for the Sunday and Monday games are yet to be announced, there is sure to be a number of newcomers itching to get onto the park. We give you a little reminder of what each player may bring to the table.

Two debuts headlined the ins for this week’s Battle of the Bridge, with both sides fielding fresh faces. Sydney debutant Zac Foot got his maiden AFL outing off to a good start, assisting Jordan Dawson‘s first goal in the opening term as the Swans began to take hold. His intelligent and hard forward running helped him get free inside 50 to mark uncontested, before handing off to his sharpshooting teammate. The Dandenong Stingrays graduate finished with 10 disposals at 80 per cent efficiency, five marks, two goal assists, and a major of his own in a promising performance.

Tom Hutchesson earned his late call-up as former GWS captain Phil Davis came out of the side, completing a his remarkable journey to the top level. The 25-year-old mature-age recruit was selected with pick 65 in last year’s National Draft, out of Adelaide’s SANFL outfit. He had previously been plying his trade as a carpenter, and for Millicent Football Club in country South Australia, making his rise to the top a steep one. Hutchesson had his night ended a touch early as he iced a hamstring in the final term, having collected seven disposals and two marks.

Carlton rookie Josh Honey is the only confirmed debutant for Saturday’s set of fixtures, set to inject some speed and x-factor to the Blues’ side. It is the second time in as many rounds that Carlton has opted to field an unused player, after Matthew Cottrell made his debut in last week’s loss to West Coast. Honey boasts an incredible sporting bloodline, with his father and uncle both Commonwealth Games medalists in pole vault and long jump respectively, while his mother played netball for Australia, and his older sister currently represents the Melbourne Vixens.

The Western Jets graduate is a terrific athlete in his own right, able to break the lines with explosive speed and apply smothering defensive pressure. He is also terrific in the air for his size (184cm) and loves to take the game on. Honey is most likely to either feature off half-forward or on the outside of midfield this weekend, and promises to pop up in exciting spurts. He has impressed Carlton staff and fans alike with some of his exploits in this year’s Reserves scratch matches, so many will be keen to see what he can do on the big stage.