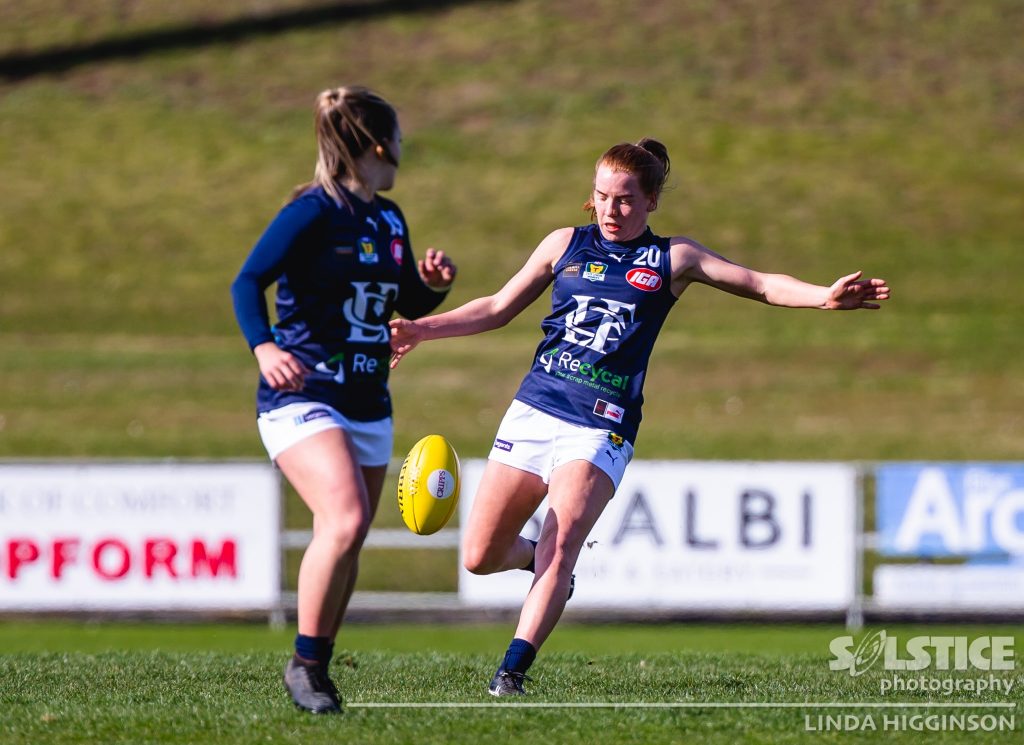 Last placed Glenorchy takes on a determined North Hobart side that has been gallant this season, pushing the top two teams in both its games. The Magpies finally got a win on the board in its last outing prior to its Round 5 bye, but it was far from convincing, coming away with a one-point triumph over Tigers. They had previously been belted by Clarence the week before after a competitive effort against Lauderdale in Round 2. The Demons have never been out of a match yet, winning two of their four games, and could have got the chocolates in the other two.

From an AFL Draft perspective, the Demons have a host of young talents including AFL Academy members, Patrick Walker and Sam Collins, while Jye Menzie is a clever forward who has drawn interest. With some teenage talls in Jacob Steele and Hamish Allan also coming through the Devils’ program North Hobart has plenty of up and coming talent on display. The Magpies do not necessarily have the same high amount of Devils’ players, but they have some elite talents in former Hawk, Zac Webster and the ever dangerous Jaye Bowden, one of the league’s best players of the past decade. They will need big games from them and across the board if they are to cause an upset over the young Demons.

Tigers will be hoping to cause the upset of the season when they take on North Launceston on Saturday. The Kingborough-based side has begun to turn its season around, and realistically has only been blown out of the water once (an 82-point shellacking to Launceston), with 10 and one-point losses either side of that. The yellow and blacks cracked through for a win last round, defeating Clarence thanks to an impressive opening three quarters.

The experience of ex-AFL talent Kieran Lovell showed in the midfield, while Luke Graham and Tyler Carter both slotted three majors each, and Lachlan Gadomski remains a rock in defence. North Launceston are chugging along nicely to slide into second spot now, and top-age AFL Draft prospect Jackson Callow leads all-comers from his side in front of the big sticks, slotting seven majors this season. Youngster, Baynen Lowe made his debut last round and will be one to track this season as well, while Ollie Sanders and Sherrin Egger are others who create excitement for the Bombers.

The Launceston machine rolled on another week, extending its unbeaten streak to five, but not without a challenge from the plucky Demons. The Blues experience won out in the end to get up by three points, but it was their tightest victory of the season. The Blues are stacked with experience, led by ex-Hawk and playing coach, Mitch Thorp, while Dylan Riley and Jake Hinds have combined for 24 goals this season. Jared Dakin is the draft prospect to watch after some impressive performances this season.

Now it is up to Clarence to not only try and turn around its past fortnight, but bounce back and take down the league’s top side this season. The Roos just conceded too many inside 50 entries last week as the Tigers snatched their first win, pushing the Roos out to a 1-3 record, albeit with a better percentage than the Tigers or Magpies. Oliver Preshaw and Josh Green were damaging inside 50, while Oliver Davis has been sensational this year for the red and whites. Along with bottom-age talents Sam Banks and Noah Holmes, the Roos have a number of players to keep an eye on in season 2020. Although Davis and Holmes will miss not take part in this match.

Nothing is better than a top of the table clash and grand final rematch all in one, but that is what confronts fans who attend the Clarence and Launceston battle in the TSL Women’s competition. The top of the table Roos have not missed a beat this season, winning all three matches, while the Blues slipped up for only the second time in 18 months, losing to Glenorchy to just sit four points and considerable percentage off top spot. Given the hurt from losing the grand final to the Roos last year, expect the Blues to have pencilled this one in the diary as a must-win.

Clarence has a couple of dominant goalkickers in Jessie Williams (eight goals), Amy Edmand (seven) and Jacinta Limbrick (five), while the young prospects to watch include 2021 AFLW Draft prospect, Amy Prokopiec and speedster Netty Garlo who have both impressed this season. The Blues are stacked with AFL Women’s talent led by Daria Bannister and Mia King who are always amongst Launceston’s best, as forward/ruck Camilla Taylor is an over-ager talent to watch.

The other game in the round is at the opposite end of the ladder when Tigers travel to North Launceston to take on the Bombers. North Launceston has a game in hand, and could well avoid the wooden spoon with a win in this clash, as the teams have scored a combined 16 points this season in five games, but will eye this one off as a game they both believe they can win.

Lily Ellis and Brooke Phillips are the Tigers goalkickers, while youngsters in Priscilla Odwogo and Hailee Baldwin have impressed at times this season. For the Bombers, they are yet to kick a goal in the opening two games, but have had some solid contributions from players such as Zoe Bourne, Ella Maurer and Kayla Sheehan this season.