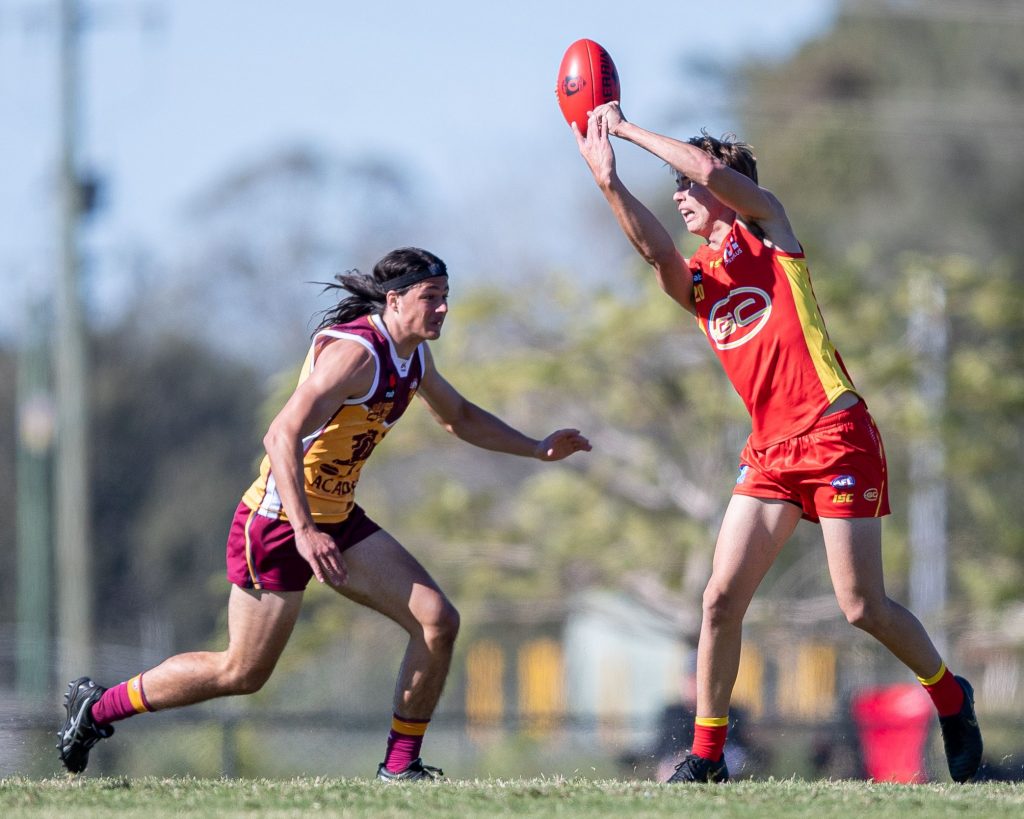 GOLD Coast Suns and Sydney Swans Academies will be keen to double-up with victories over their respective cross-state rivals, Brisbane Lions and GWS GIANTS Academies when the Northern Academy series continues this weekend. Originally scheduled to face off against Academies from opposing states, the border restrictions between Queensland and New South Wales have made life difficult, but luckily for the two state’s most talented AFL Draft hopefuls, they will still get to run around.

In a similar structure to last week, the NSW teams will do battle on Saturday at North Dalton Park, Wollongong in conditions that will hopefully be better than the slog fest that greeted the players last week. On Sunday, the Queensland sides will battle it out at Labrador in a change of venue from the first round, which the Lions will be hoping can change their fortunes in the Round 2 clash. All of the teams will have players to watch when talking about both the 2020 and 2021 AFL Drafts, which makes it entertaining viewing.

For Sydney, Braeden Campbell and Errol Gulden are the players that Swans fans know plenty about given their role with the Allies last season. The pair use the ball well and can be damaging in the forward half of the ground, with Campbell touted as a top 10 pick and Gulden as a highly rated prospect. But outside the duo, the Swans have a number of others to watch that make them quite a damaging unit, with Marco Rossman up forward likely to build on a quieter first-up appearance, while over-agers Jackson Barling and Sam Thorne are consistent performers for the red and white. Sam Gaden was hitting his straps at the Under 18 Championships last year before injury cut his short, and is worth a look when it comes to key position talents.

Their opponents the GIANTS might not have the standout prospect they had last year in Tom Green, but they do have a number of talents that will excite GIANTS fans, as shown by their capability to push the Swans in the wet last weekend. Josh Green – Tom’s brother – is one of their top talents, with the taller more key position option a player that could follow his brother into the elite program. One of the more unlucky players not to end up on a list is over-ager Liam Delahunty who has plenty of tricks playing as that third-tall utility who can play just about anywhere on the ground. He is one who would love to stake his case, and while he was set to represent Northern Knights in NAB League, the Academy prospect will be thrilled he has a second chance at playing here. Bottom-age talent Kai Watts, and top-age inclusion for Round 2, Charlie Byrne are others to watch, with the latter having some incredible skill coming off half-back that he showed for the Murray Bushrangers last year.

Turning the attention to the Q-Clash, and the Lions will be keen to turnaround their fortunes after a slow start saw them 37 points down before they put a score on the board. The Suns jumped them and utilised the breeze well, but it is easy to see why Lions fans are excited about this year’s crop of Academy talents. Carter Michael and Tahj Abberley are two players who have speed and skill to use coming off half-back, not afraid to take the game on or provide a contest in the air or at ground level. Along with fellow AFL Academy members Saxon Crozier – who often plays off a wing – and Blake Coleman – who worries opposition defenders every time he is in the vicinity of the goals – the Lions have a number of players who really stand out. Shatna Cashen-Harris and Kuot Thok both showed glimpses in the Round 1 loss, while Daniel Lanthois was strong in midfield. Jack Briskey is a key defender who has shown promising signs for Brisbane as well.

The Suns will look to have a similar first quarter start when they take on the Lions at Labrador after their Round 1 blitz basically ended the game in an impressive opening stanza. Bottom-ager Josh Fahey was the top player on the ground in the win while Max Pescud and Josh Gore showed plenty of signs in the forward half of the ground, causing issues for opponents in the air or at ground level. Aiden Fyfe impressed off a wing, while captain Jack Johnston was a rock in defence as he showed last season. The Suns have plenty to like about their side, because the Academy is quite even, shown by the inclusion of over-age forward, Nathan Colenso who kicked a couple of goals. Most of the players have run around in the Queensland Australian Football League (QAFL) this season, with a number of them – such as Colenso and Coleman – transforming from teammates to opponents, or in the case of Michael and Abberley for example – opponents to teammates.