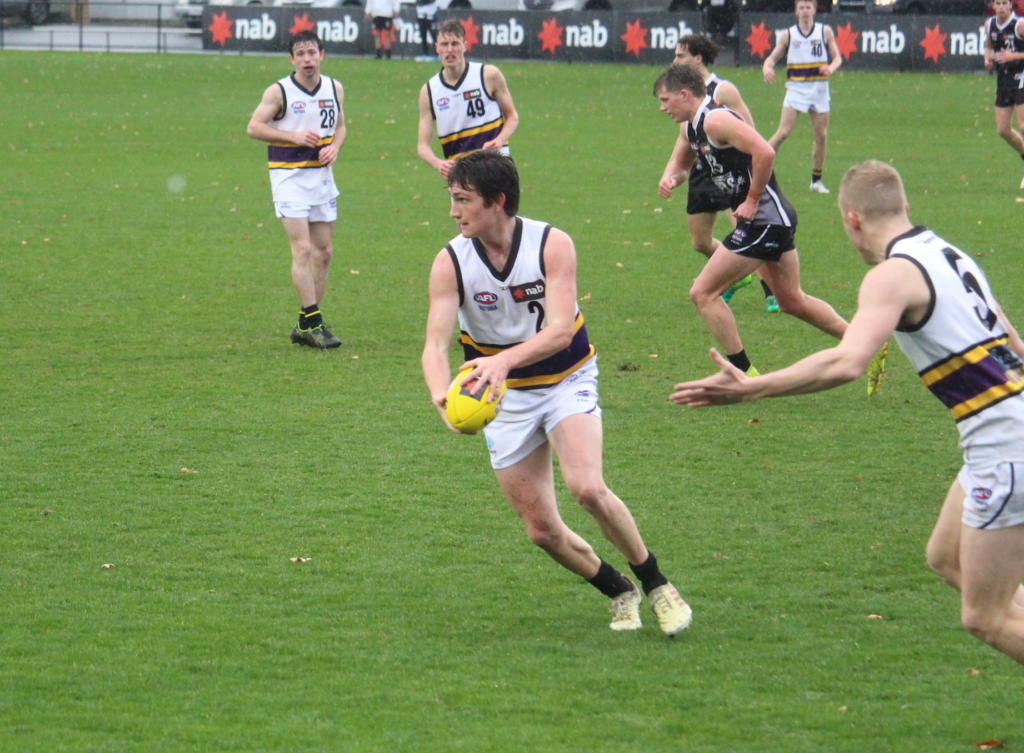 Next under the microscope in our AFL Draft watch is Murray Bushrangers prospect Charlie Byrne, a classy half-back or outside midfielder who is looking to follow in the footsteps of GWS draftee, Lachie Ash. Byrne was part of the Giants’ Academy before his transition to the Bushrangers program, but is set to run out for GWS as part of this year’s Academy Series.

In 2019, Byrne impressed throughout his 16 NAB League outings as an efficient forward runner from defence, who could also push up onto a wing or into the forwardline. His form was good enough to warrant a spot in the Allies squad, despite not cracking through for a berth in the Under 18 championships. As somewhat of a leader in his top-age campaign, Byrne had his sights set on making half-back his own at all levels, while also striving to shift into midfield.

NAB League Round 15 vs. Western

Liked the look of the bottom-ager off half-back, playing the Lachie Ash role to allow Ash to play midfield and forward. He is so clean with his ball use, and positions himself well behind the play. He took a number of great intercept marks, and his left foot was a treat to watch. Whilst he did spend the majority of his time in defence, Byrne kicked a nice goal on the run in the opening term.

NAB League Round 12 vs. Bendigo

The bottom-ager’s cool finishing in front of goal proved a game-winner as he calmly slotted two crucial majors. Both came on the back of his work rate from the wing – running well both ways to find the ball in either half of the ground. Byrne’s first goal was also his side’s opener, converting calmly on the wrong side for a left-footer to get the Bushies going in the third. His second came in the final quarter, slotting well on the run as he streamed into 50. That forward drive is what proved most damaging as Byrne worked best in space, receiving on the outside and putting the ball into good areas.