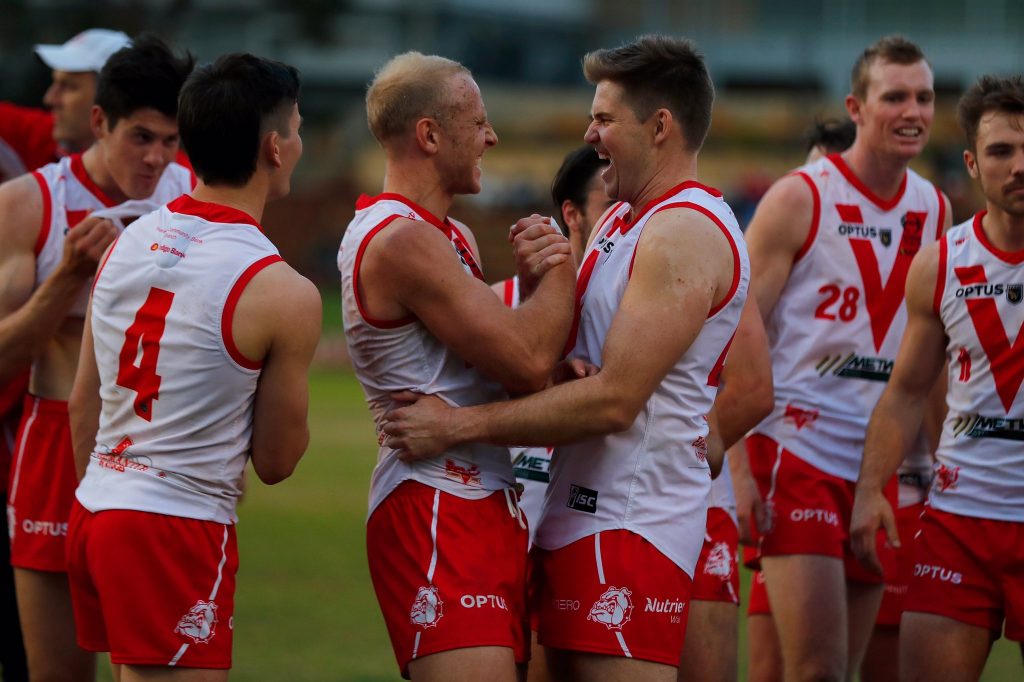 IN Round 4 of the Optus WAFL League competition, there was a host of great individual and team performances alike.

Read below for all the Round 4 results and to see who were the best players.

Keegan Knott (two goals), Mitchell Peirce (two), Tyson Moulton (one), Conal Lynch (one), Tyler Keitel (one), and Luke Meadows (one) were the goalkickers for West Perth.

The Perth Demons remain undefeated in 2020, after overcoming East Fremantle by six points in a thrilling contest at New Choice Homes Park.

Former Adelaide and Fremantle player Jonathon Griffin led the charge for the Sharks with 12 possessions, 25 hit-outs, three marks and a goal.

Claremont returned to the winners’ list after beating Peel Thunder by 23 points at Revo Fitness Stadium.

Former Hawthorn player Jared Hardisty was exceptional for the Tigers with 26 possessions, six tackles, six inside 50s and a goal.

The South Fremantle Bulldogs are still unbeaten in 2020, after they exacted revenge on Subiaco in the Grand Final rematch at Leederville Oval.

After trailing at half-time, the Bulldogs kicked 12 goals to Subiaco’s three in the second half to run out 50-point victors.