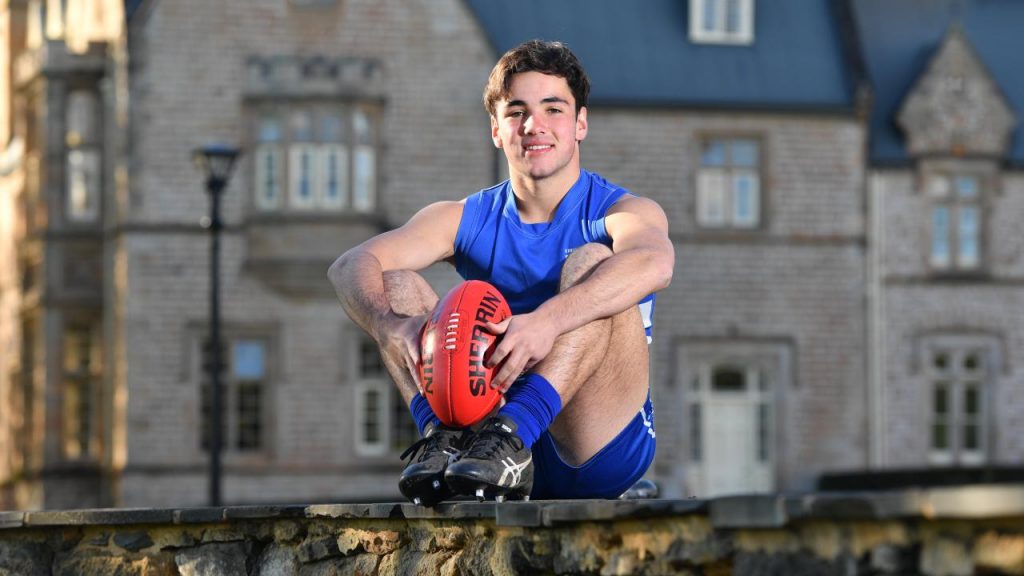 THE TOP junior prospects from South Australia rolled on into Round 7 of the SANFL Under 18s competition, with a number of standouts continuing to emerge. In this edition of Caught the Eye, we have again compiled a list of the best and most promising performers from across the weekend, with one representative from all eight SANFL clubs. For extended profiles on each AFL Academy member listed, click on their names highlighted in red. For our full weekend scouting notes, click here.

Our scouts said:“The West Adelaide defence was under siege after quarter time, and Venning was part of the commendable resistance. He took on some of the kick-in duties and was quite sound in his disposal by foot, while also chiming in with some much-needed intercept possessions both in the air and at ground level.” – Michael Alvaro

Verdict: It has been a tough, winless start to the year for West Adelaide, but the silver lining has been the emergence of some promising talent. A number of players have had to stand up with their numbers repeatedly called, particularly in defence, and Venning has been the latest to do so after a solid fortnight. The top-ager showed he was able to compete in a variety of ways, and played a tough role well. It should give him the confidence boost needed to play out a more consistent second half of the season.

Our scouts said: “Litster was a key cog in the Eagles’ midfield throughout the game… He dug in hard to win a bunch of ball at the centre bounces early on, which seemed to inject him with a deal of confidence as he continued to pop up with eye-catching efforts.” – Michael Alvaro

Verdict: You would not blame Litster for not being able to properly prove his worth with the likes of Caleb Poulter and Jase Burgoyne also running through the centre bounces, but he managed to hold his own. There’s a good number of solid contributors in the Eagles squad capable of rotating into the midfield, and Litster belongs on that list. He seems to have a good mix of power and agility at the contest, both of which are handy tools for stoppage extraction.

Our scouts said: “(Freer) formed a terrific combination with Matthew Borg at the stoppages, often receiving the first handball out of traffic and bursting forward with speed and strength. That was before he went on to win a mountain of his own ball, providing great drive and accumulating well around the ground.” – Michael Alvaro

Verdict: The top-age midfielder was one of a few Roosters to return to the lineup after a couple of weeks away, and he slotted seamlessly back into the SANFL Under 18s groove. Freer showed a good balance of traits through midfield, able to use his speed and nous to receive on the outside of stoppages, while also leaning on his power to break free of would-be tacklers. It is always tough for sub-180cm midfielders to make a mark at the next level, so finding those points of difference is important.

Our scouts said: “While his touches may not always be as noticeable as those of his midfield peers, Spain is such an important part of the Double Blues’ midfield setup… the diminutive ball winner was able to dig in and get first hands on the pill in heavy congestion. His feeding handballs made it easier for others to pump the ball forward, and helped set the tone for Sturt’s midfield edge.” – Michael Alvaro

Verdict: Another small midfielder who can hold his own amid a mix of highly-touted prospects is Spain, who enjoyed some primary ball winning responsibility on the weekend. He is quite light-on but seems to stand up well in the contested side of the game, and he combined well with Mani Liddy to set the tone for Sturt. As a bottom-ager, he still has time to grow and fill out, and should thrive if the likes of Tom Powell spend more minutes outside of the centre bounces going forward.

Our scouts said: “Tall forward McInnes had a day he will never forget. He produced a brilliant first half, kicking three goals and impacting the contest whenever the ball went forward, whether it be through score involvements or forward pressure. He always led well at the ball carrier and showed great agility for his size when the ball hit the deck.” – Tom Cheesman

Verdict: Glenelg have a few likely types of a similar mould to McInnes; forwards who are just below the traditional key position height, but can compete as focal points in attack. At 187cm, the bottom-ager proved just that and used his 82kg frame to advantage in a game-saving display. His after-the-siren behind secured a draw for Glenelg, while his nine scoring shots told the story of his impact on the contest. If he finish even a little more consistently, McInnes could kick many more bags of goals in future.

Our scouts said: “Evans was one of Central’s standout performers in this outing… He played in front at most forward 50 contests which allowed him to use his size and mark quick entries out of the middle. Evans also has a nice set shot for goal, highlighted when he slotted a difficult kick from the 50-metre arc on a tight angle in the first term.” – Tom Cheesman

Verdict: Another big man to use his size well up forward, Evans was involved in each role he played. While it is a touch easier for players of a 196cm/94kg stature to dominate at Under 18s level, you still have to go out and collect those 18 disposals, take seven marks, win 32 hitouts, and boot four goals. The Centrals bottom-ager is clearly capable of playing to his strengths, but still has plenty of room to improve.

Our scouts said: “Cook has shown some glimpses of his talent already this season, but his four goal effort against the Redlegs will have really turned some heads… Cook’s cleanness by foot, aerial prowess, and speed at ground level were exciting to watch.” – Tom Wyman

Verdict: Cook thrust his name into the draft bolter hat after another impactful performance for Souths, as he continues to catch the eye at Under 18s level. As our scouts entailed this week, the top-ager has a bunch of desirable traits; able to compete both overhead and at ground level, break forward with speed, and punish the opposition with sharp use by foot. His damage is doubled by scoreboard impact, and Cook is a good height at 188cm. He could well continue on a wing while rotating forward, but seems to also have the traits to slot into the midfield mix with his x-factor.

Our scouts said: “(Nelligan) was typically industrial around the ball. He spent time up forward but was most effective as an inside midfielder. Regularly the last player to stand up after a contest, Nelligan won plenty of contested ball and was the leading clearance player on the ground with eight. He tackled strongly and with intensity and booted two goals from set-shots inside 50.” – Tom Wyman

Verdict: After a couple of League outings and plenty of time in the Reserves, Nelligan returned to his age group and showcased just why he had earned a senior berth. While he has no trouble finding the ball through midfield at Under 18s level, it is clear to see why the 170cm prospect has been pitched as a small forward, with his tackling pressure and smarts around goal very evident. He should regain a good bout of confidence after this performance, with more senior opportunities sure to come down the line.