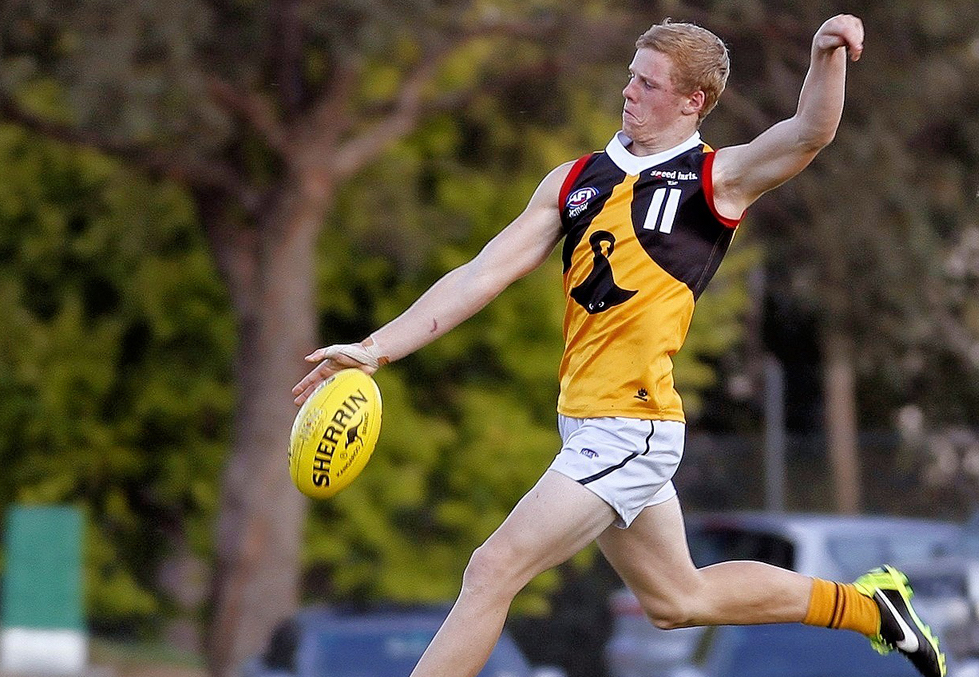 IF you are missing footy like we are, then let us somewhat salvage that with a look back in our series of Classic Contests. In today’s contest we look at another clash between the NAB League rivals to complete our full series, and today’s battle is between the Calder Cannons and Dandenong Stingrays. In this edition, we wind back the clock to 2013, when Dandenong mounted a late fightback to secure victory in a dramatic TAC Cup preliminary final.

NAB League (formerly TAC Cup) finals have seldom failed to deliver on drama over the years, and that is exactly what Dandenong and Calder produced as they squared off for a spot in the 2013 decider. While both sides seemed to be a rung off the top two contenders during the season, at least one of them would earn the opportunity to play off for the flag.

In a neat quirk, the form of either region was identical. Both sides came in off a run of six wins in their last seven outings; with Dandenong moving straight through to the prelims via a qualifying final win over Eastern, while Calder took the scenic route after losing to Geelong, but beating Western in the second chance saloon. Dandenong finished the regular season in third at 10-7, only percentage clear of Calder in fourth. The only thing separating these combatants was Calder’s 42-point Round 8 win over the Stingrays at home.

With everything to play for, fans were treated to a shootout which was kickstarted by an eight-goal opening term. Despite the free flow of scoring, a deadlock remained at the first break as both sides managed 4.7 (27) apiece. The scoring slowed a touch as all initial nervous energy was expended, and it was the Cannons who edged ahead by 11 points at the main break.

That buffer was extended ever so slightly to 15 points at three quarter time, and Calder looked like cruising home to a solid victory. But that was where the Stingrays’ fresh legs from a week off kicked in, as they piled on six unanswered goals to completely shift the tide and most importantly, hit the front. Calder mounted a late fightback of its own to draw back within a goal, but Dandenong held firm to book its spot in the Grand Final.

It was no surprise, especially in hindsight to see Zak Jones (28 disposals, 10 tackles), Jack Lonie (22 disposals, three goals), and Billy Hartung (26 disposals, eight marks) named as the best three Stingrays afield, as their run and toughness through midfield allowed their side to open the game up late on. James Harmes was also amongst it with 30 disposals for the winners.

Calder had a quartet of ball winners find plenty of the ball too, led by Matthew Merlo and Jedd Clothier (both 30 disposals), and followed by Jake Owen (23) and Victor Carboni. Paul Ahern joined the aforementioned players among the Cannons’ best, after booting a goal from his 18 disposals.

While Calder’s finals run ended there and then, Dandenong went on to feature in its fifth TAC Cup Grand Final. Unfortunately, the Stingrays met a rampant Eastern Ranges once again on that day, and continued their premiership curse in a 112-point loss.