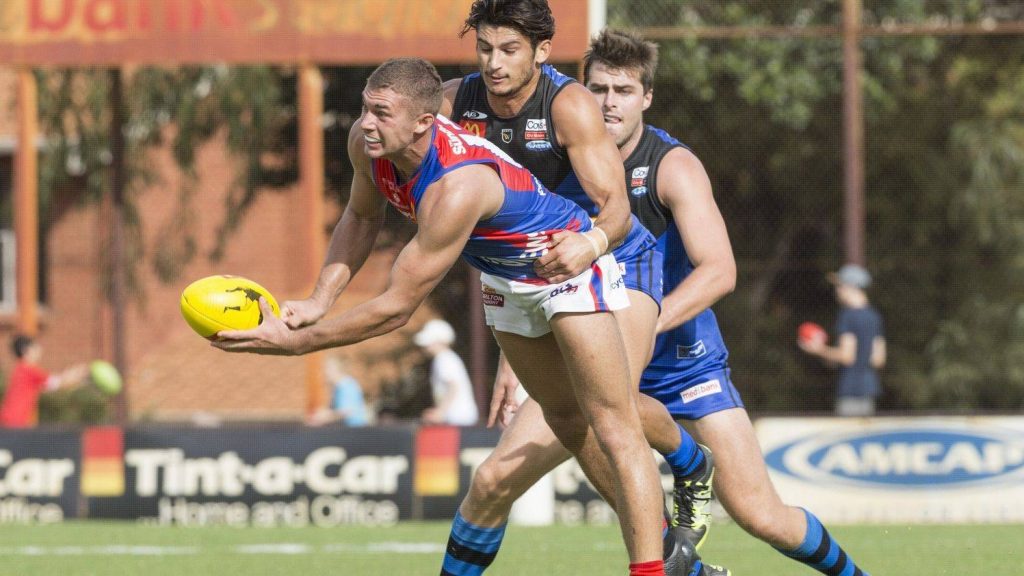 ROUND 4 of the West Australian Football League (WAFL) is set to bounce down on Saturday, promising to deliver another high-level weekend of action.

Another instalment of the Perth Derby headlines what looks like being a super Saturday of football, with South Fremantle out to maintain its perfect start to the season against reigning premier, Subiaco, while Swan Districts has the bye.

Four seperate venues will again be utilised, with the Reserves and Colts kicking off all bar one of the triple-headed contests. We break down each matchup across the three grades.

A trio of Perth Derbies are set to kick off Round 4 across the WAFL grades, and there should be plenty of feeling among them with points at a premium amid the shortened season. At League level, the Falcons have only dropped points to table topper, South Fremantle and sit pretty in second spot, while the Royals are fifth at 1-1. Both sides have made two changes each to their Round 3 lineups.

Both Reserves sides boast two wins apiece, and West Perth will hope to hit the ground running again after enjoying the bye last weekend. The clash looms as a top-of-the-table fixture, with the possibility that the winner will come out of the round as the lone remaining undefeated side. At Colts level, the Falcons will hope to maintain another perfect (3-0) start, while East Perth has the chance to jump to a positive record having suffered defeat last time out.

All eyes will be on Cody Leggett as he prepares to take on former side, Perth for the first time since his drawn-out transfer over the off-season. His new team, East Fremantle currently sits seventh at 1-2 after a loss in Round 3, while Perth is coming off the bye and looking to stay undefeated as it pushes for a rare finals berth. There will be no changes to the Demons’ side, but Durak Tucker is one of two ins for the Sharks. Young key forward Logan McDonald will again be sure to garner plenty of attention for Perth.

A bottom two clash looms in the Reserves grade, with both teams coming in still looking for maiden wins. East Fremantle will be particularly desperate for the points, with a potential 0-3 start to the season putting them well behind the eight-ball in a tight race for finals. The Sharks’ Colts enjoyed their first win for 2020 last week, and will hope to build on it against the 1-1 Perth unit. There will be plenty of high-end draft talent running around, with a bunch of AFL Academy members set to take the field in this game.

Two sides with very different goals are set to meet at Revo Fitness Stadium, where Claremont plays host to Peel Thunder. The Tigers will be out to redeem their opening loss for the year, while Peel will simply be looking for its first win. The Thunders’ depth has been tested greatly, and they will again make three changes with Isiah Winder among those to exit the League fray. Brayden Lawler is set to make his 100th WAFL appearance, and Claremont will go in unchanged.

With Peel not laying claim to a Reserves side, the Tigers’ two’s can benefit from a bye round. On the Colts scene, Claremont will hope Joel Western is in the frame for a return soon after missing last week through injury, though an unblemished 3-0 start to the season will do them a world of confidence. Redemption will be on the mind of Peel’s youngsters, who can get one back on the Tigers after going down to them in last year’s Grand Final. They come into the clash at 1-2 having only lost to Claremont’s fellow frontrunners, West Perth.

Another Grand Final rematch sees out the round of action, as Subiaco takes on the undefeated South Fremantle at Leederville Oval. Last year’s League premier, Subiaco suffered a shock loss in Round 1, but looks to be steering back on track. A meeting with the surging Bulldogs looms as a tough test though, with East Fremantle looking like the team most likely to push the Lions off their pedestal. 12 players who didn’t feature in last year’s premiership side have been named in Subiaco’s squad, while debutant Kye Barker is among three inclusions for the Bulldogs from their Round 3 team.

The Lions’ Reserves are undefeated, but have still dropped points and sit just behind the Bulldogs in fourth place. Both teams will hope to push for finals and keep competition for senior spots strong. Either side has also tasted defeat at Colts level, but Subiaco comes in off a big win against Swan Districts.

Teams have landed for Round 4 of the @Optus WAFL ? pic.twitter.com/uEPMRHHP1f