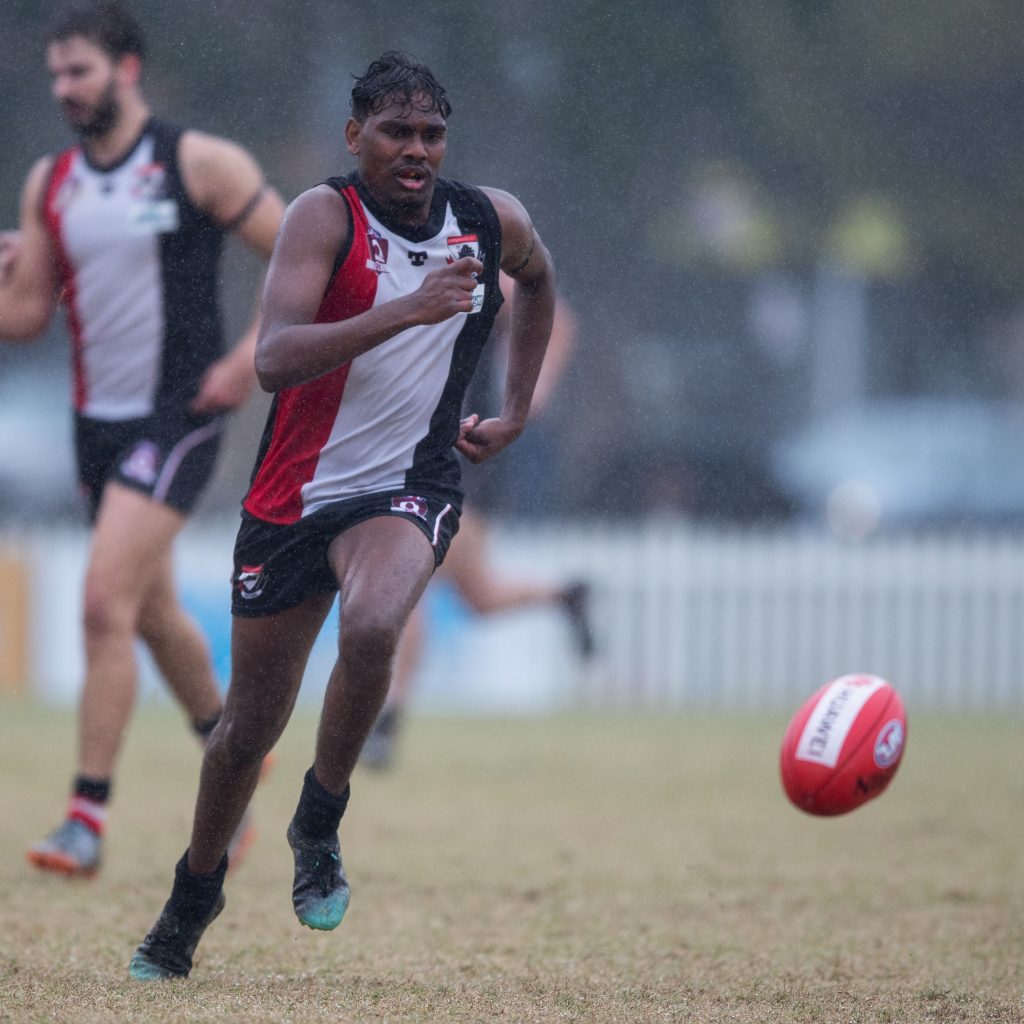 ALL Queensland Australian Football League (AFL) games return to the traditional 2pm on a Saturday timeslot, with the eight teams preparing for some huge contests over the weekend. Round 5 marks the midway point of the nine-round season, with top of the table Palm Beach Currumbin having a bye this weekend.

One of the games of the round, the third placed Broadbeach Cats take on reigning premiers, Surfers Paradise Demons. Whilst the Demons are fifth with just one win from three games, their losses came against top two sides, Palm Beach Currumbin and Morningside – the latter just last week and losing in the last minute. They will need to quell a red-hot Broadbeach outfit that has a whopping 209.86 per cent, with the top three teams eight points clear of the rest of the competition. If the Cats, Tigers and Panthers all win this weekend, that gap will extend to 12 to all bar one team with just four rounds remaining.

So far Bailey Reeves is the sole Cat to have been named in the best in every game, though Jordan Moncrieff is the danger man, slamming home a massive 17 goals in three matches to be the competition’s leading goalkicker. Over-ager Josh Gore is not too far behind on eight majors, whilst the likes of Blake Erickson, Jed Turner, Kai Sheers and Bradley Lowe have been amongst Broadbeach’s best this season. For the Demons, Max Pescud had his best game of the season with three majors last week and would be competing well in the best and fairest, as only Kain Ford has been named in the best more times (three). Defender Myles Jewell, and Matthew Green have also stood out, while Tyson Brazel has six majors to his name, the same as Pescud.

Broadbeach has been the more consistent team this season so should win in a thriller.

Down the other end of the ladder, both Labrador and Mt Gravatt have benefited from such an even competition outside the top three. The Vultures have the one win – by a point – while the Tigers are yet to taste victory, which means if the home team gets up, there will likely be a remarkable five teams on one win at the end of Round 5, If the Vultures get up, then their finals plans could be right on track after a disappointing first couple of rounds, potentially leaping up to fourth with a victory.

In an even spread of goalkickers, Daine Macdonald leads the way for the Vultures on five, with Harry Milford (four), Jonah Licht and Luke O’Sullivan (both three). O’Sullivan has been superb this season, whilst Todd Carbone is another who has really stood out, as the likes of Ethan Kerr and Thomas Matthews are young talents to watch. The Tigers have had a rough draw this season, but would eye this game as a genuine chance to taste victory. Ex-AFL talents, Bryce Retzlaff (six goals) and Jono Beech (five), and young talent Blair Rubock (three) are the sole multiple goalkickers. Fraser Thurlow and Matthew Lee have had terrific starts to the season despite the Tigers slow start.

Likely to be a close game, but Mt Gravatt should be confident in their chances here after a narrow loss last week.

In an exciting clash, second placed Morningside has the chance to take top spot – even if temporarily – with a win over Maroochydore. The Panthers escaped thanks to a Jack Payne goal in the last minute against the Demons last round and could go five from five and move ahead of the Lions who have a bye this weekend. While the Panthers will ultimately have their own bye in the remaining rounds, it will put them in a good position for the run home. Maroochydore has already had its bye, back in Round 1, but has not been able to pick up a win since, though an upset here could see them jump to fourth on the table.

Matt Hammelmann has been a reliable source of goals this season for the Panthers, with the former Brisbane player snagging 13, ahead of Luke Edwards (seven) and Jack Rolls (five). Payne has been named among the best every game this season, with James Cowlishaw and Tom Griffiths also impressive. Along with Griffiths, Blake Coleman, Saxon Crozier and Nathan Colenso are other teenage talents to watch out for. It is a different story for the Roos with Mitchell Scholard well out in front of the club goalkicking with 12 majors, as Jesse Malthouse and Lachlan Robinson come in next with two apiece. Brent Pearson, Jacob Simpson, Jai Larkins and Josh Govan are others who have stood up this season, while Carter Michael is a top-age Academy prospect to keep an eye on.

Morningside are in terrific form and should win, though Maroochydore could end the Panthers’ run.

Sherwood Magpies had a terrific Round 1 win but has slumped to three consecutive losses since then. Luckily their percentage is high enough to still be in fourth, but they have to win against the Gorillas in this one. The winner of this game will have the opportunity to go fourth, showing just how even the league is in 2020. Wilston Grange needs to back up its narrow win over Mt Gravatt last week with another victory here and build momentum, but it will be difficult against a Sherwood side that has realistically played pretty well against stiff opposition.

Liam Dawson has been the standout goalkicker this season, slotting 14 majors for 2020, six ahead of Brody Lumber (eight). Claye Beams has hit the scoreboard in his return to the QAFL with seven majors, with Thomas Baulch (four) also doing well in front of the big sticks. Ryan Harwood and Dawson have showed how crucial they are to the club, named among the best every week, while Cade Scott and Jack Austin are among the rising talents in the team. Josh Baxter is the leading goalkicker for the Gorillas with five goals, as Aaron Francis (four) and Sam Gribble (three) are not far behind. Wilston Grange have a number of young stars to watch, led by Tahj Abberley, with Kuot Thok and Noah McFadyen other names who have proven to be future talents.

Sherwood is favoured to break its losing streak in this match, but Wilston Grange have been getting better and better as the weeks go by.