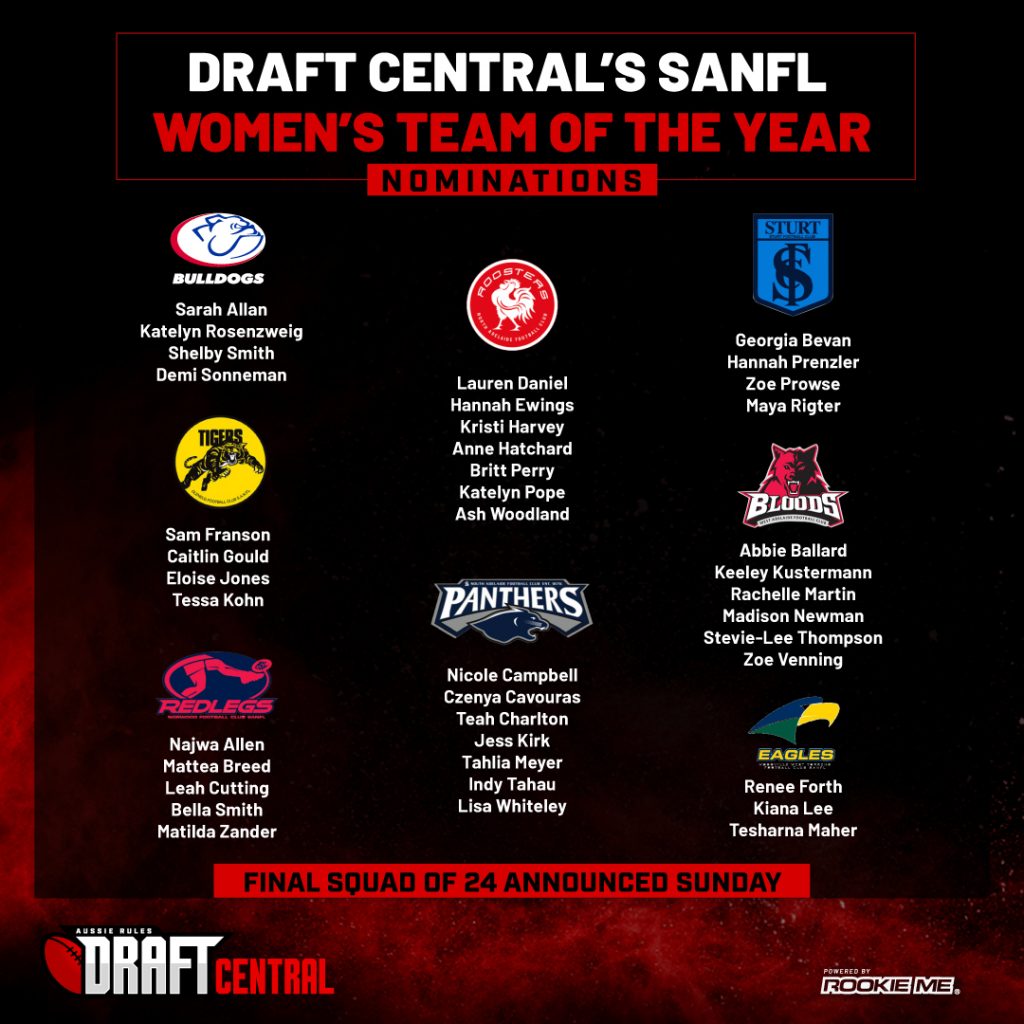 AS the South Australian National Football League (SANFL) Women’s competition came to a close last week, it is time for the Draft Central SANFL Women’s Team of the Year. We name the final team on Sunday night, but the 40-player nomination list – similar to the All-Australian squad – is effectively the extended squad of those in contention.

This list has been compiled of players who had at least three SANFL Women’s Team of the Week nominations, and three additional players who had two, to round up the full list to 40. Two players had seven nominations from a possible 10 rounds, and those players will be nominated as captain and vice-captain.

From the 40-player squad, North Adelaide and South Adelaide lead the league with seven nominations each, ahead of West Adelaide (six) and Norwood (five). Glenelg, Central District and Sturt had four players apiece, while Woodville-West Torrens had three.