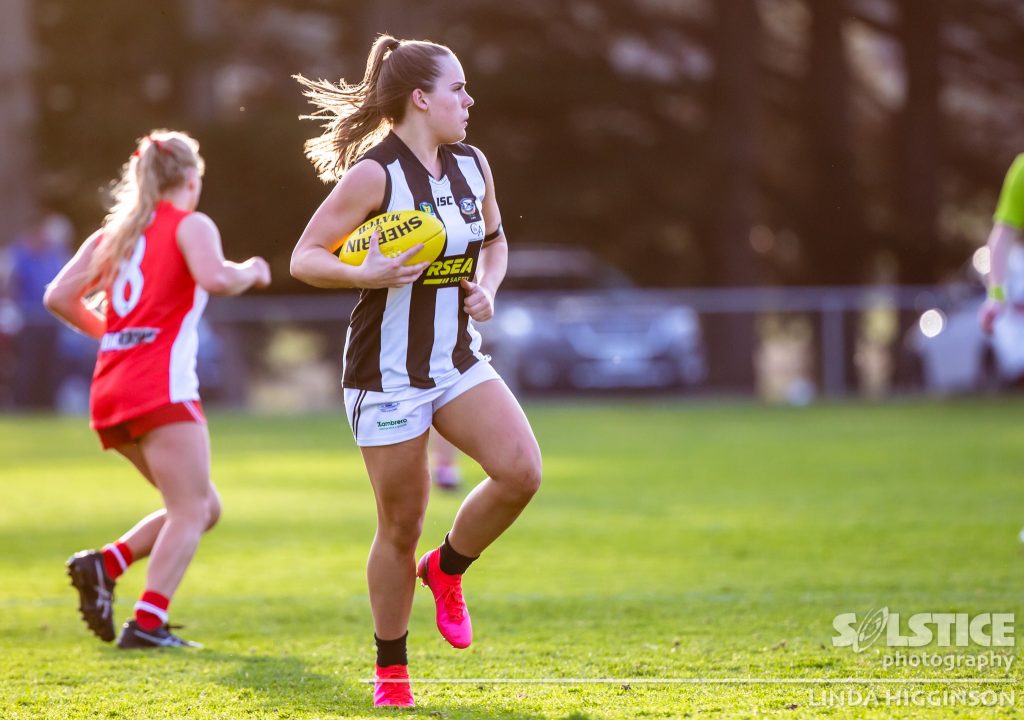 GLENORCHY and Clarence were far too good for their respective opponents, combining for a whopping 22.25 (157) to 1.2 (8) in Round 3 of the Tasmanian State League (TSL) Women’s competition. With last year’s minor premiers and runners-up Launceston having a bye, it resulted in both reigning premiers Clarence and finalist Glenorchy having some one-sided wins over their opposition.

Clarence held North Launceston to just two behinds for the match whilst having 21 scoring shots for a total score of 9.12 (66). The Roos booted 5.6 in the opening half, then 4.6 in the second half, in a scoreline that could have been even greater with increased accuracy. Jacinta Limbrick starred in a best on ground performance with four majors for the Roos, while Amy Edmand kicked a couple of goals.

Louisa Marmion, Nicole Bresnehan and Bronte Scott were impressive, whilst last week’s seven-goal hero Jessie Williams snagged a major, as did AFL Women’s Academy member, Amy Prokopiec. For the Bombers, whilst they did not score a goal, Zoe Bourne, Maggie Cuthbertson and Ella Maurer were named in the best.

In the other match, Glenorchy stormed to a massive 13.13 (91) to 1.0 (6) victory over Tigers. The first term was relatively even with three goals to one at quarter time and the visitors leading by 15 points. It was all one-way traffic after that however, as Glenorchy slammed home 10 goals to zero in the last three quarters to enjoy a percentage-boosting win, the Magpies’ first of the season after going down last week.

Sarah Skinner (four goals), Elise Barwick (three) and Tiarna Ford (three) provided the Magpies with a triple threat inside 50, whilst Perri King was another dangerous player, kicking a goal. Barwick and Ford were named the Magpies’ best two players, whilst Jemma Webster and Angelica Clark were also impressive in the victory. Brooke Phillips was the sole goalkicker for the Tigers, as young talent, Priscilla Odwogo starred as her team’s best in the loss. Kiirra Johns and Mimosa Middleton Miller were others who stood out.

After each team has now played two matches, Launceston and Clarence loom as yet again the two teams to beat in season 2020. The Roos’ percentage of 536.36 would normally look pretty impressive had it not been for the Blues’ casual 5400 per cent on top. Conceding only two behinds this season, the Blues have been incredible in defence, whilst the Roos are the highest scoring team. Glenorchy is third with a percentage of 191.38, whilst Tigers and North Launceston sit in the bottom two.

North Launceston has the bye over the weekend, with Glenorchy to host Launceston and Clarence to face Tigers in what is sure to be another big weekend of TSL Women’s action.