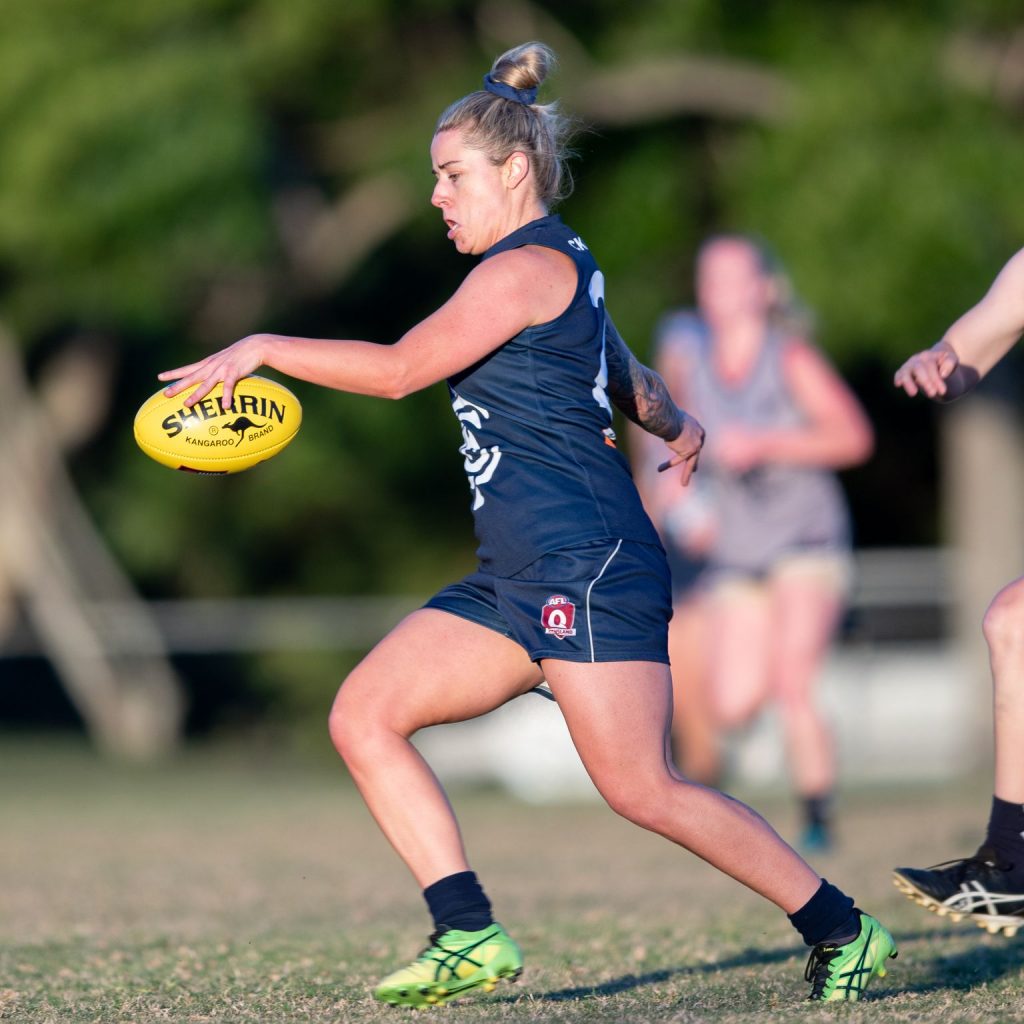 IT was a strange weekend in the Queensland Australian Football League (QAFL) women’s competition, with the highly anticipated top of the table clash between Bond University and Maroochydore postponed due to a COVID-19 precaution. One of the Bond University players was awaiting a COVID-19 test result, and a rightful cautious approach saw the game abandoned, with further discussions to be had about either a reschedule or splitting the points.

In the final game of the round, it took Coorparoo a half to click into action, but the Kings finally got into the rhythm to overrun a dogged University of Queensland side on the road. The Red Lionesses burst out of the blocks early to boot the first three goals of the game and lead by as much as 20 points at one stage midway through the second term.

While Chelsea Chesterfield scored a drought-breaking major for the visitors not long after, they still headed into half-time with a 13-point deficit. Three consecutive goals the other side of the break – including two to Jess Wuetschner saw the Kings remarkably steal the lead, though a momentum steadier from Grace Bodey saw the home team draw within one.

Refusing to let the momentum go back the other way, Coorparoo slammed home four last quarter goals – including a remarkable three consecutive majors to Jamie Stanton and a third goal to Wuetschner – to run out 8.5 (53) to 4.3 (27) victors. Stanton was best on ground for her match-winning heroics, while Stephanie Filbay and Dania Herdman were also impressive in the win. For the Red Lionesses, Breanna Koenen was named best-on, with the likes of Mia Teubler, Jane Childes and Bodey (two goals) also strong in defeat.

Meanwhile Yeronga South Brisbane became the third team in as many weeks to nab top spot due to no points being handed out for the first against second clash. Only behind on percentage, Coolangatta Tweed leapt up to second, with Coorparoo gaining ground on the top four in fifth with another win meaning just four points separates first from fifth.

The Devils earned top spot with a comprehensive 76-point victory against Aspley Hornets. In what was an accurate display from both teams, Yeronga South Brisbane booted a consistent three to four goals in each term, whilst restricting the Hornets to just the two majors in the 14.4 (88) to 2.0 (12) win.

Lucy Bellinger was on fire with five snags for the winners, while Emily Bates and Adrienne Keeffe also had a couple of majors with eight individual goalkickers all up for the winning side. Courteney Bromage was named best on ground with Bellinger, Bates and Emmii-Lee Zanker-Close also impressive. For the Hornets, Ainsley Rintala-Apps and Morgan Lanigan were the top talents as the usual suspects tried hard in defeat. Angela Lingard, Lucy Pengelly and Isabella Kotatis all worked well in front of a home crowd.

Coolangatta Tweed moved up to second spot with a dominant second half performance to see off Wilston Grange by 22 points. Level at half-time after the Gorillas fought back from eight points down at the first break to hold the Bluebirds scoreless in the second term, the home team booted 4.5 to 1.1 after half-time to run out 6.7 (43) to 3.3 (21) winners.

In her second game back from injury, Kitara Farrar booted two goals in the winning side, as did fellow AFL Women’s talent, Paige Parker. Bethany Pinchin, Keyshia Matenga and Emily Otto were also among the top players for their efforts on the day. For the Gorillas, Lucia Liessi (two) and Kristen Tyquin (one) both snagged goals, while Catherine Svarc and Rheanne Lugg used their AFL Women’s experience to try and drag their side across the line.