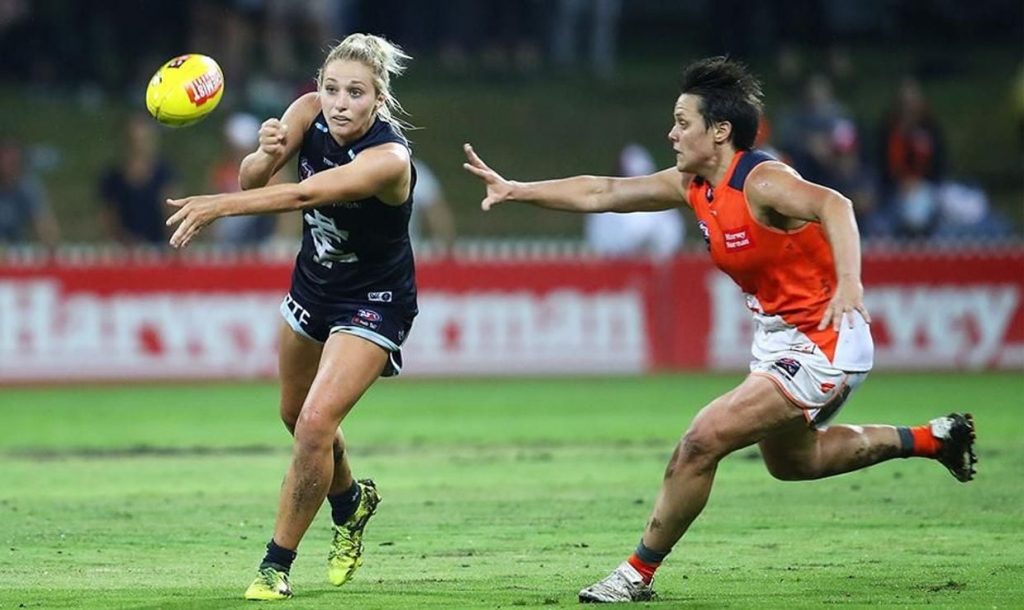 RICHMOND has looked to experience to bolster its AFL Women’s midfield stocks and help Monique Conti out by acquiring Carlton midfielder, Sarah Hosking. The tough ball winner will cross to Punt Road in exchange for Richmond’s end of first round compensation pick, 15th overall. The pick allows Carlton to have two selections inside the top 10 of the Victorian pool, effectively picks seven and nine (12 and 15 overall). Hosking is a clearance player who provides run and will help bolster a Tigers midfield that really struggled in 2019.

However whilst Tigers fans would have rejoiced at the sight of adding an experienced midfielder to the fold, they would also be disappointed to hear one of their brightest stars has left to play for North Melbourne. Grace Campbell will swap her yellow and black for blue and white for the bargain basement price of Pick 43. Campbell averaged 12 touches and six tackles in season 2020, and the 24-year-old showed plenty of promise.

In the game of round-about, Kangaroos’ ruck Abbey Green has headed to the Magpies to provide some support in the ruck for Sharni Layton with the Pies handing over Pick 40 in the process, providing the Roos with another third round pick.

Another trade involving a late swap of picks was between Carlton and St Kilda, with former VFL Women’s Rising Star, Jayde Van Dyk heading to St Kilda with pick 42 in exchange for pick 36, effectively giving the Blues a slight upgrade in the third round. The defender will be a welcome addition to Moorabbin next season, continuing the youth presence there.