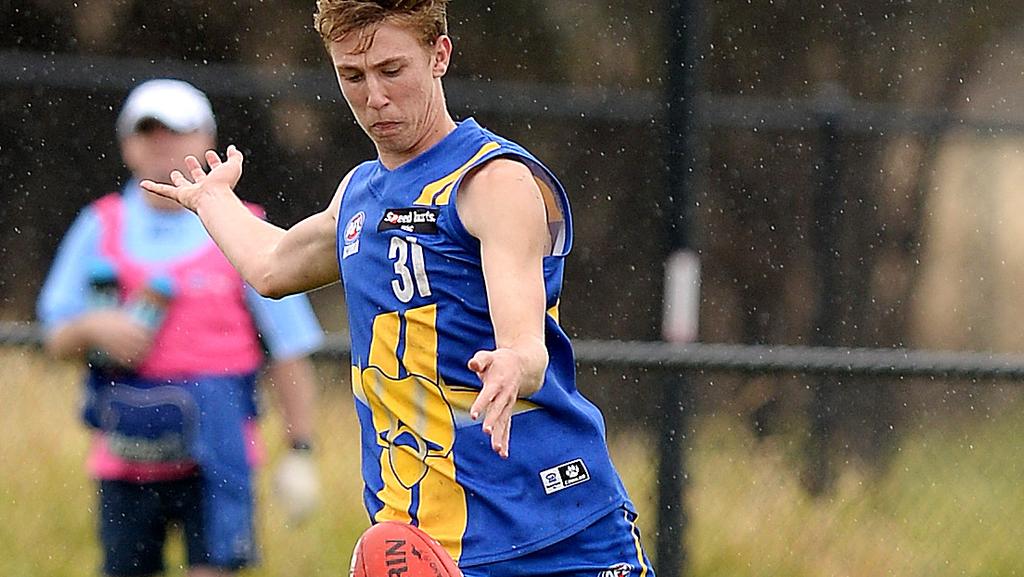 IF you are missing footy like we are, then let us somewhat salvage that with a look back in our series of Classic Contests. In today’s contest we look at one of the would-have-been Round 18 clashes in the NAB League this year between the Western Jets and Bendigo Pioneers. In this edition we wind back the clock to 2016, when Western was forced to hold off a late Bendigo fightback at Downer Oval.

Both the Western Jets and Bendigo Pioneers may have been languishing down the wrong end of the ladder throughout 2014, but that did not stop them from delivering an entertaining clash in Round 7 of the TAC Cup season. The Jets, who would host the game at Downer Oval, came in carrying a 1-5 record. After trumping Oakleigh in Round 1, they dropped five-consecutive games to sit 10th. Bendigo was poised just above them on the ladder at 2-4, and looked to be on the way up having snapped a three-game losing streak in Round 6 against Eastern.

With the opportunity at hand to pick up points against more level opposition, both sides enjoyed their own runs of momentum. Bendigo edged ahead at the first break, but Western hit back to gain its own eight-point advantage to half time. The scoring was relatively steady with just seven goals on the board between either side, but that would soon be about to change.

Games of two completely contrasting halves are commonplace in football, but what ensued in this clash was a second half consisting of two polar-opposite quarters. The Jets looked to be soaring to an easy victory having slammed home seven goals to Bendigo’s one in the third period, opening up a 47-point buffer. Though the margin seemed unassailable and proved as much in the end, the Pioneers gave the unlikely comeback a good crack in the run home with five goals to nil. Despite the late scare, Western held on to win by 14 points for its second win of the season.

The cream rose to the top for Bendigo, with Port Adelaide forward Kane Farrell (25 disposals, eight marks) named the Pioneers’ best. Fellow future draftees Kayle Kirby (14 disposals) and Joe Atley (22, eight tackles) were not far behind, while Jamieson Sheahan and Darby Henderson found a heap of the ball as usual despite the loss.

Western went on to jump Bendigo in the final standings, finishing 10th on the back of a 5-13 record, with Bendigo slumping to 11th at 4-14 for the year. The Round 16 reverse fixture at Queen Elizabeth Oval proved a defining game for the Jets, as they won by 32 points on the road to gain a consolation ladder position.