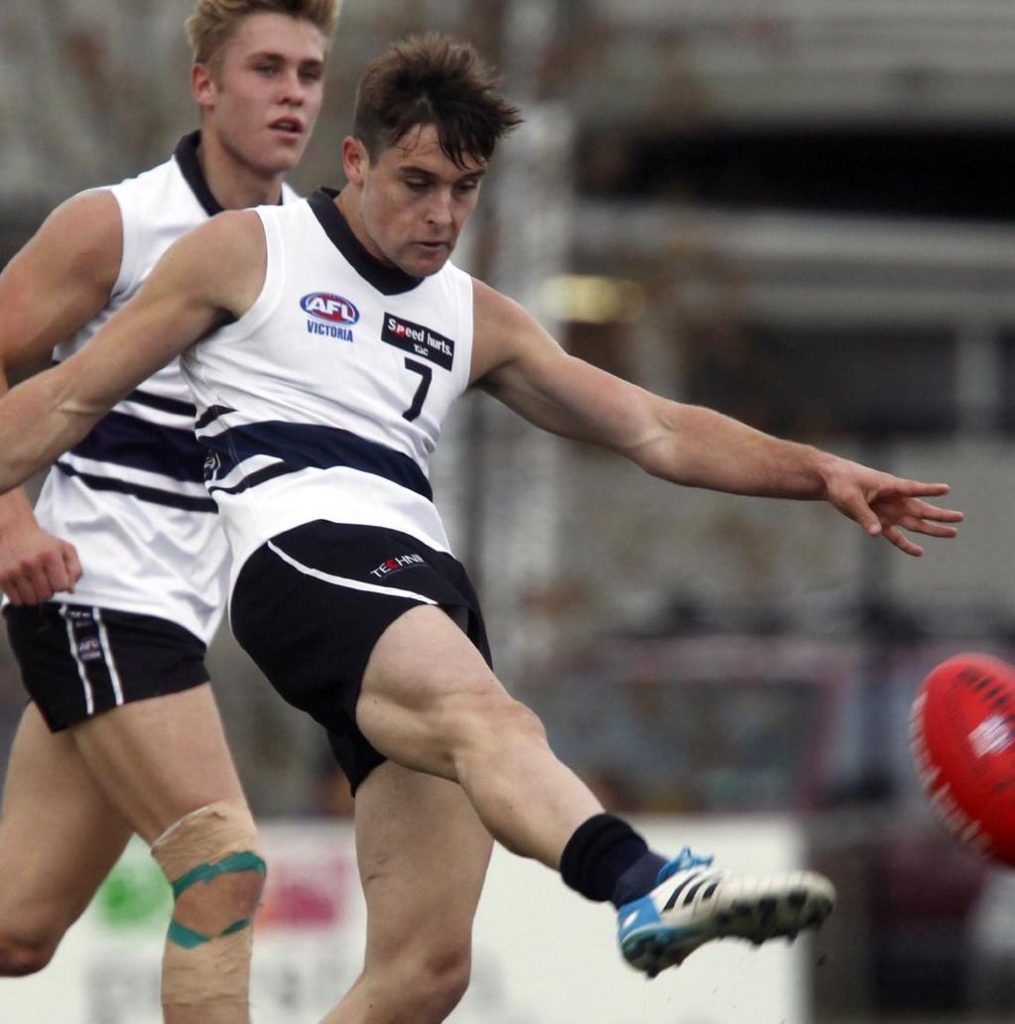 IF you are missing footy like we are, then let us somewhat salvage that with a look back in our series of Classic Contests. In today’s contest we look at one of the would-have-been Round 18 clashes in the NAB League this year between the Northern Knights and Tasmania Devils. In this edition we wind back the clock to 2014, before Tasmania returned as a full-time team, and relive when the two sides clashed at Preston City Oval.

Tasmania’s part-time TAC Cup duties in 2014 pitted them against the Northern Knights for a clash at Preston City Oval in mid-June. Formerly the Mariners and not yet the Devils, the Tasmanians donned the Map for their four-game stint in the Victorian competition. A loss to Dandenong in Round 8 had them sitting 0-1, while Northern were out to snap a four-game losing run and improve on its 2-7 record.

Timing would see the Knights go in without some key personnel, with the likes of Jason Castagna and Kyle Langford absent along with key talls Reece McKenzie and Ivan Soldo. It meant Jayden Short was left to lead a solid core of top-agers and promising bottom-age fleet for the Knights on home turf. Tasmania was able to field some promising talent of its own, most notably in the form of 2014 draftees Josh McGuinness and Josh Watts, as well as future AFL products Ryan Gardner and Jay Lockhart.

Despite managing one less scoring shot in the opening term, Northern showed its knowledge of the home conditions to make the most of its chances. 4.1 to Tasmania’s 2.4 gave the Knights a handy buffer, which was only extended to an even four-goal margin at half-time as they piled on a further four majors in term two.

While the visitors got the better of the third term with three goals to Northern’s two, it seemed they had little left in the tank. The Knights would take advantage of the scoring end to kick away to victory, keeping Tasmania goalless in the final period while prettying up the final margin to come out 38-point winners at 13.14 (92) to 7.12 (54).

In what was the four-quarter effort the Knights were after all season, Short was named best afield for his 28 disposals, five marks, and six tackles. Jade Gresham (21 disposals, seven tackles, one goal) and Sam Switkowski (17 disposals, five tackles, one goal) were also named among Northern’s best, and Bailey Jordan booted three goals. Ashton Dickenson was adjudged Tasmania’s most valuable player for his 14 disposals and four marks, follwed by Caleb Hislop (31 disposals).

The Knights would go on to add just three more wins to their tally in the back-end of the season, landing in 10th spot with six wins and 11 losses. Tasmania’s four-game cameo ended with a 1-3 record, but it was capped off in style with a win over North Ballarat in Round 16.