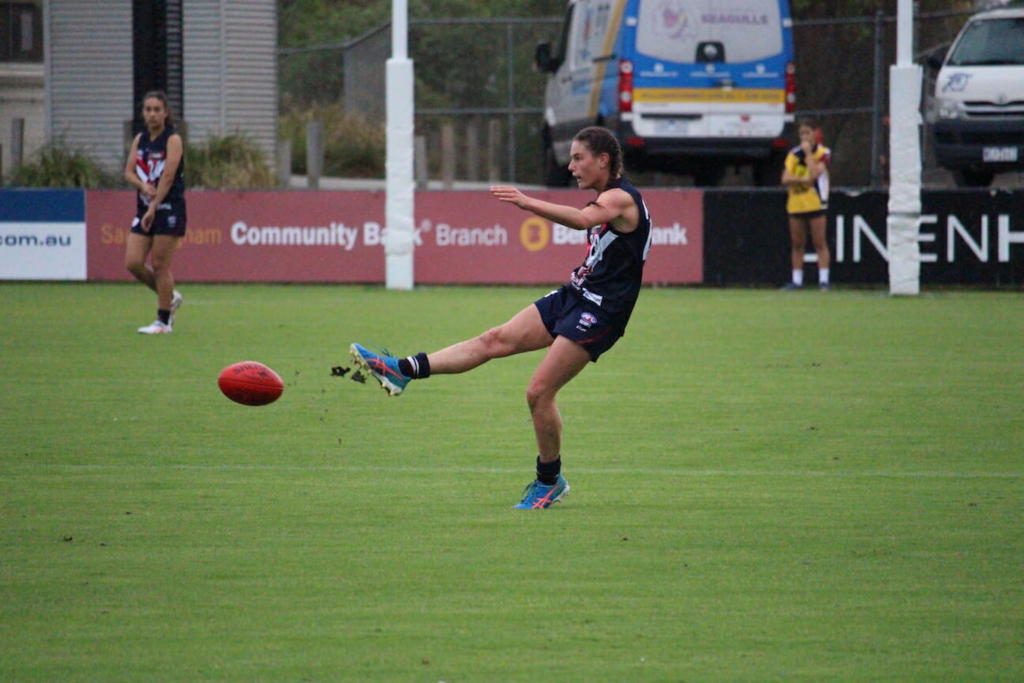 IN a new series focusing on the up and coming AFL Women’s Draft hopefuls, we take a look at some names who would be among their respective states’ top draft prospects for the 2020 AFL Women’s Draft. Next under the microscope is Sandringham Dragons’ midfielder Alice Burke who is a dual club best and fairest winner at the Dragons after consistency throughout her bottom and middle-age years.

St Kilda fans lament not having many father-son prospects over the journey, but they will be able to enjoy that their first possible father-daughter selection will be worth the wait. Alice Burke is the daughter of St Kilda 300-game champion Nathan and there are certainly some traits that Alice has picked up from her famous father, but she also has a number of areas herself that make her standout in her own right.

As a bottom-ager a couple of years ago it was clear that Burke had talent, playing off half-back and using the ball with great consistency while providing some run and drive for the Dragons. In her middle-age year, Burke progressed into the midfield and had an equally damaging impact, backing up her Sandringham best and fairest with a second one. She has made our Draft Central Team of the Year both years thus far, and started the season in good form, averaging 19 disposals and laying four tackles per game.

The defensive side of her game and work rate is a huge area that sets her aside from a lot of other players. Often you will think she is out of the contest but wills herself to lay the tackle or bump to put pressure on the opposition ball carrier and just win her own ball. Much like her father, she just attacks the football at all costs and is a player that teammates can follow with her on-field leadership.

One surprising aspect about Burke is that despite her obvious link to the footballing world, she took up soccer instead and reached a national level in doing so. Then, she switched courses and went into Australian rules and has not looked back. While Burke has those defensive traits, she is able to use the ball well in a team sense and hit targets consistently going forward. With a team-first mentality, the talented Vic Metro representative is never far from the action.

While there are many unknowns about the AFL Women’s Draft at this stage, no doubt Saints fans would love to see another Burke running around in the red, black and white as their inaugural father-daughter selection just two years into the club’s establishment in the AFL Women’s.