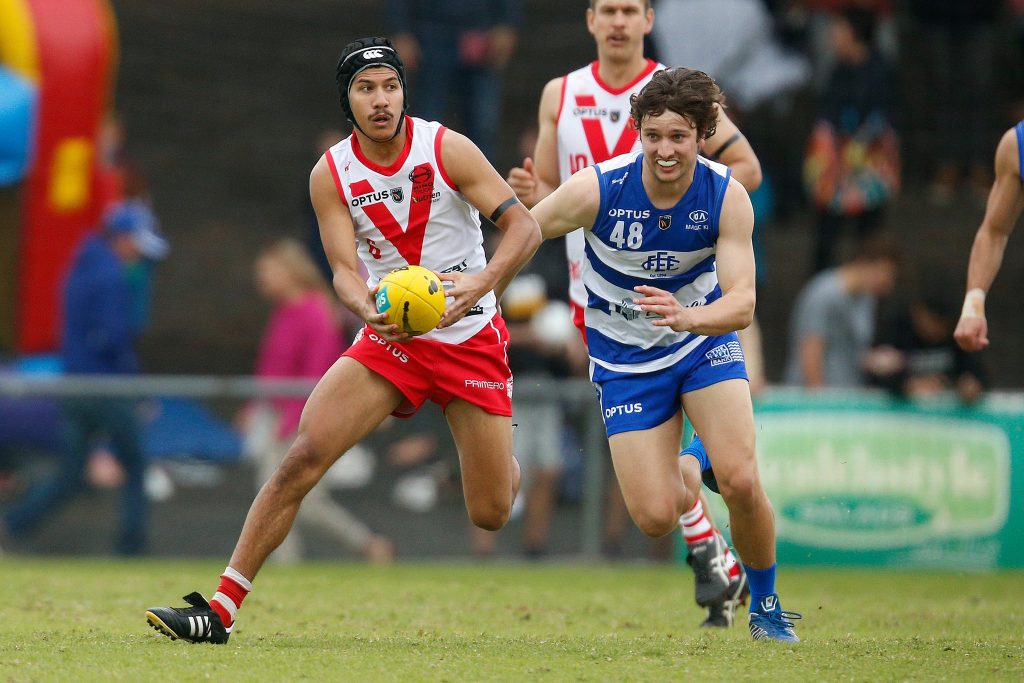 ROUND 3 of the West Australian Football League (WAFL) is set to bounce down on Saturday, promising to deliver another high-level weekend of action.

Reining League premier, Subiaco reenters the fray after a week off, still searching for its first win in 2020 alongside the struggling Swan Districts. A clash between two of the three remaining undefeated sides headlines the round, as South Fremantle and Claremont prepare for battle in a top-of-the-table belter.

Four seperate venues will again be utilised, with the Reserves and Colts kicking off all bar one of the triple-headed contests. We break down each matchup across the three grades.

Two sides searching for a win at League level are set to go head-to-head on Saturday. Remarkably, the clash is between last year’s wooden spooner, and the reigning premier. Swan Districts will again have its hands full when Subiaco rolls into town, as the Lions look to emphatically put a shock Round 1 loss behind them.

The Swans have brought about four changes, with 2019 best and fairest winner George Hampson among them and slotting straight into the midfield group alongside boom recruits, Frank Anderson and Sam Fisher. Andrew Doyle is set to make his debut amid three changes for Subiaco, as the Lions look to avoid consecutive defeats. In 10-straight wins over Swan Districts, Subiaco’s average winning margin has been 55 points.

At Reserves level, the Lions will be looking to build on a Round 1 victory, while the Black Ducks’ search for an opening win extends down to the second grade and the Colts competition. Young Swans gun Zane Trew is one to watch, and may climb the grades akin to fellow Under 18 Denver Grainger-Barras, while a bunch of young Lions have also impressed despite early losses.

East Fremantle will hope to build on its Round 2 League victory, and opening win for the year when it travels to face East Perth at Leederville Oval. The Sharks have had the wood over their Royal adversaries of late, toppling them in their last two meetings at the level. East Perth is 0-1 in 2020 having lost last weekend to Perth.

While skipper and former West Coast Eagle Patrick McGinnity will be a glaring absentee through injury, the Royals are set to maintain some level of AFL experience with Nick Robertson named to make his East Perth debut. The former Brisbane Lions enforcer has been named on an extended bench alongside the likes of Ajang Ajang. Nick Kommer is poised to break back into the winning East Fremantle side, among four players looking for a League berth this time out.

The Sharks’ twos and Colts are both still searching for opening wins, with the Reserves remaining 0-1 after a bye in Round 2, while the Colts have struggled to score despite boasting a talent-rich squad. 2019 Under 16 All Australian Judd McVee will only add to that, making for a formidable midfield partnership with Finn Gorringe, and Jack Carroll on the outer.

Colts leader Adam Boules will hope to continue his hot form from last week to help East Perth notch a second win for the season. The Royals’ reserves are also 1-0 after two rounds having beaten Perth in their maiden outing for the 2020 campaign.

Peel Thunder will turn to its depth in hopes of turning around a difficult start to the WAFL League season. The Thunder host West Perth (1-1) at David Grays Oval on Saturday, with the Falcons coming in off a loss to South Fremantle. A feature of West Perth’s League form thus far has been its low-scoring nature, averaging just 41.5 points for, and 40 against.

The Thunder’s youthful exuberance may override that factor, with youngsters Isiah Winder and Zach Rankin coming into the team alongside Brad McGowan. Winder has earned his League debut after terrific performances at Colts level, averaging 28 disposals and a goal across his two outings. Ben Hancock will also celebrate his 100th game. West Perth’s Victorian recruit Matty Lloyd, the brother of Sydney’s Jake, is another set for a shot at the senior level. He makes up one of two changes for his new team.

In the Reserves grade, West Perth can only hope to hold onto top spot as the bye round swings its way, given Peel is not fielding a secondary side this year. The Falcons’ Colts are also 2-0 and top of the ladder, compared to the 1-1 Thunder coming off a Grand Final appearance. Peel will miss Winder and Rankin, but can look towards the likes of David Yaccob, Jonathon Ietto, and Luke Polson for some inspiration. West Perth’s Heath Chapman remains the one to watch for his side, along with Michael Mallard and Callum Johnson.

Arguably the game of the round will be left for last as table toppers South Fremantle and Claremont go to battle for League supremacy. The pair makes up two of the three undefeated sides left in the competition, with the Bulldogs’ superior percentage of 298 putting them comfortably ahead of Claremont and Perth.

As if they needed the boost, last year’s runners-up are set to regain Haiden Schloithe for the clash, who comes in as one of two changes for Souths. Claremont has opted to make just one change to the side which beat Swan Districts last week, with Anthony Davis coming in for Ben Edwards.

Claremont’s Colts are also 2-0 and sitting in second after two strong rounds of action, but may have to continue this weekend without top prospect, Joel Western after he appeared to be injured last time out. South Fremantle suffered its first Colts and Reserves defeats last week at the hands of West Perth, so face a tough ask in bouncing right back. Claremont’s reserves also sit at 1-1, but edge the Bulldogs for fourth spot and will look to built on last week’s win over Swan Districts.

Check out the Round 3 teams ahead of a bumper weekend of fixtures ? pic.twitter.com/dOXGRYT2hI