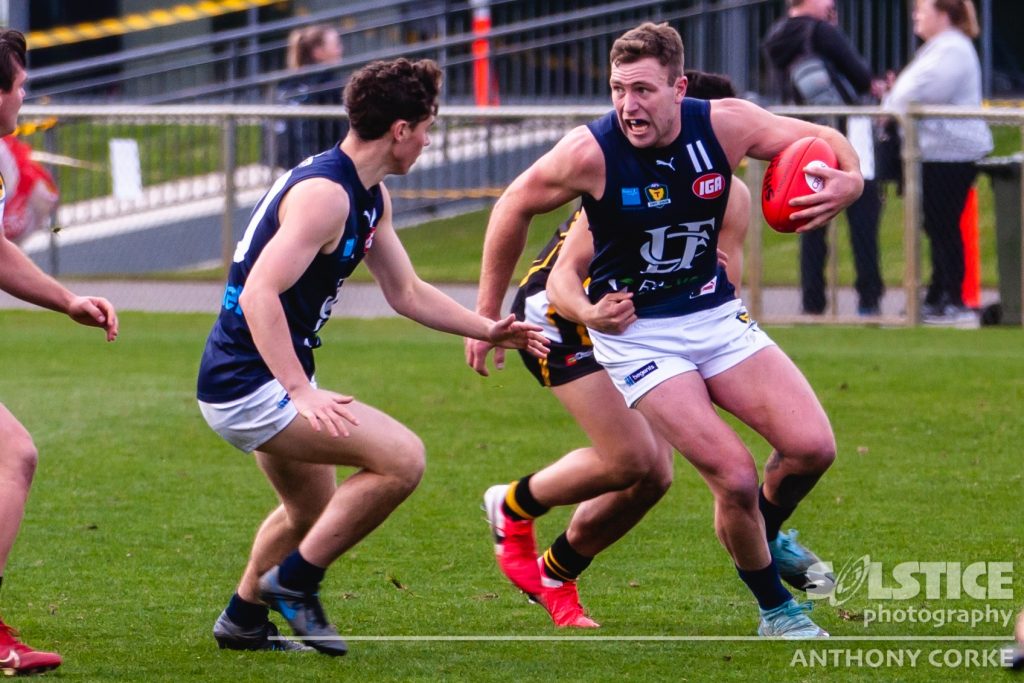 TWIN Ovals and UTAS Stadium will play host to both Tasmanian State League (TSL) and TSL Women’s action on Saturday. For those wanting to cram as much Tasmanian football into a day as possible, then the Tigers and Glenorchy, and North Launceston and Clarence matches stretch across both the major competitions. Launceston takes on Lauderdale in the third men’s match, whilst North Hobart (men’s) and Launceston (women’s) have their respective byes in Rounds 4 and 3.

One set of fans at least will go home happy from Twins Ovals, as Tigers and Glenorchy are the two sides across both competitions yet to get a win. With a combined seven losses between them, the sides will be looking to bounce back and give their fans something to cheer about. In the men’s competition, Tigers are the lowest scoring time, while Glenorchy have conceded many more points than any other side. In the women’s competition, Tigers only managed the one behind against Launceston last week, whilst Glenorchy fared a little better in a 32-point loss to Clarence.

Luke Graham has four goals to his named for the Tigers, with Cooper Sawdy and Tyler Carter (both two) the other key goalkickers. Kieran Lovell is one of the top players in the competition to watch out for, while the likes of Blake McCulloch and Oliver Burrows-Cheng are others who are capable of turning a match. For the Magpies, Aiden Grace has the three goals to lead all-comers as Adam Roberts and Matthew Joseph sit just behind with two apiece. With a number of changes already through the opening three rounds, the Magpies will look to the likes of Zac Webster and Josh Arnold who stood out last week in the heavy loss.

Neither of these sides troubled the scorers too much last week, but Sarah Skinner and Tiarna Ford booted the two goals for the Magpies. They have plenty of talent on the list, with the likes of Libby Haines, Jemma Webster and Brieanna Barwick all standing out in Round 2. For Tigers, the Round 2 loss to Launceston gave them a baptism of fire after a week off in Round 1, through Abby Burrows-Cheng, Lilly Ellis and Paige Flakemore were among the top players, and Hailee Baldwin and Priscilla Odwogo others to watch out for in the game.

Glenorchy will head in as favourites in both games if the Magpies can reduce the scores conceded in the men’s game, whilst the Magpies looked more settled in the women’s last week and will be keen to go one step further and take home the points in this encounter.

In the TSL, reigning premiers North Launceston held on against North Hobart in Round 1 before going down to Launceston for the first time in seven years last week. The bye came at the perfect time for the Bombers, who come up against a Clarence side that is fresh off a thumping over Glenorchy. Having been humbled by Lauderdale in Round 1, the Roos settled following the bye and really impressed in Round 3. In the women’s competition, the Bombers tried hard against the Blues in Round 1 but went down by 25 points, while the Roos triumphed by 32 points in their only game of the season against Glenorchy last week.

Jessie Williams was the star for the Roos at Richmond Oval, slamming home seven majors and was unstoppable in attack. Amy Edmand was the other Roo to hit the scoreboard, while the likes of Netty Garlo and Nicole Bresnehan were also impressive, and Amy Prokopiec is one to watch for next year’s AFL Women’s Draft. The Bombers only managed a behind in Round 1 against the reigning premiers, but considering what Launceston did in Round 2, North Launceston did well to contain them to a total score of 26. Jodie Clifford, Zoe Bourne and Ruby Slater were among the top Bombers in that game, while Sarah Radford and Kayla Sheehan also impressed.

Last week’s huge win over Glenorchy in the TSL certainly sent a message to the competition and sets up a classic encounter here with North Launceston. Jeromey Webberley and Oliver Preshaw have both slotted four majors for the Roos, while Dylan Howlett is the other multiple goalkicker. Former Brisbane and Essendon forward Josh Green returned to football last round and kicked a goal, whilst the likes of Oliver Davis and Sam Banks are among a host of young talent to keep an eye on in the red and white. Speaking of young talent, Jackson Callow leads the Bombers’ goalkicking after three majors in Round 2 took his season total to four. Brad Cox-Goodyer has three majors and playing coach Taylor Whitford has two. Thomas Donnelly and Corey Nankervis were also in the Bombers’ best in the Round 2 loss to Launceston.

Clarence is favoured to take out the women’s match, though it is difficult to assess given both sides have played the one match and their opponents are expected to be at opposite ends of the ladder. In the men’s competition, North Launceston has the ability to really take a stranglehold, but Clarence will be raring to go after the confidence-boosting win last round.

The third TSL clash is between top of the table Launceston, and third placed Lauderdale. The Blues have won all three matches thus far, ticking off every challenge thrown at them, including reigning premiers North Launceston. The Blues deserve to head in as favourites for the clash and realistically, premiership favourites. They hold a mammoth percentage of 245.98, though Lauderdale has still been impressive, winning back-to-back games before dropping their Round 3 encounter to North Hobart.

Dylan Riley is leading the Blues’ attack this season with eight goals in his three games, two ahead of Jake Hinds (six). Mitch Thorp returned to the side last round after missing the Blues’ drought-breaking win over North Launceston to slam home five goals in the victory over Tigers. Brodie Palfreyman and Jobi Harper have also impressed this season, while Jared Dakin continues to play his role through the middle for the Blues in his over-age year.

Lauderdale’s Toutai Havea has the six goals to his name, three ahead of Tyler Martin and among 13 individual goalkickers. The Bombers have enough talent on the list to suggest they will push the ladder leaders, but they will need to be at their best. Nick Baker is capable of playing up either end, whilst Will Poland and Josh McGuinness were Lauderdale’s best in the defeat to North Hobart. Launceston are favourites in this one, and the Bombers will need to make sure they do not fade away like they did in the third term against the Demons in Round 3.