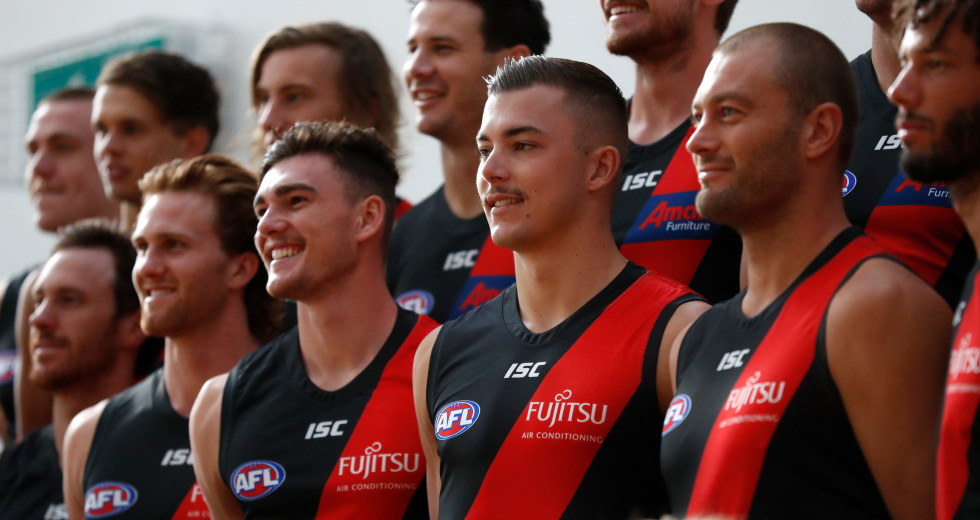 ROUND 9 of the AFL Premiership Season got underway on Wednesday night, though a grand total of zero budding stars earned a debut across the two games thus far. That is all set to change on Friday night, as Essendon and Brisbane prepared to unveil a young tall each when they go head-to-head at Metricon Stadium. While teams for the weekend fixtures are yet to be announced, we take you through a list of those who may be around the mark, and give a little reminder of what each player may bring to the table.

After weeks of being named among the extended bench, Brisbane Lions Academy graduate Connor Ballenden has finally cracked his side’s best 22. With Chris Fagan enacting five changes, Ballenden will likely replace the injured Archie Smith in a like-for-like swap. Able to play up either end or rotate through the ruck, the 200cm 21-year-old will bring some solid aerial presence to the side, most likely up forward.

Essendon fans also had their prayers heard, with ruckman Sam Draper earning his berth amid six changes for the Bombers. He looks like being the starting ruck in front of Tom Bellchambers too, standing at 205cm and weighing in at 108kg. His inclusion will push Bellchambers forward, with Draper’s ruck craft and ability to impact around the ground making him a tall type with enormous upside. He has produced good numbers at VFL level in the past and looms as one to watch should he keep off the treatment table.

Adelaide could be set to grant yet another youngster their AFL debut on Saturday, with 2019 second rounder Harry Schoenberg in line to replace Brad Crouch. The South Australian has impressed throughout the Crows’ scratch matches and would slot right into midfield. Fellow battlers, North Melbourne may not quite have any newcomers banging the door down for senior selection, but fans are crying out to see the likes of Tom Murphy and Will Walker add to their respective four-game careers.

Sydney have recently upgraded Category B rookies Sam Wicks and Barry O’Connor, with the former close to making his first senior appearance. Sam Gray‘s spot in the side is potentially up for grabs, meaning Wicks could well be the next small forward in line for a shot at the elite level. He has impressed in the reserves, and is a product of the Swans Academy.

Tom Hawkins‘ mooted suspension looked to have opened the door for a couple of new Cats, with Nathan Kreuger a likely candidate to replace him against West Coast. While the suspension has now been overturned, the athletic key forward would bring a nice point of difference to the side. Josh Jenkins may spoil the party down the line if handed a club debut. The former Crow has battled injury and been absent from reserves outings, but is back in full training and could fill the ruck/forward void for Geelong.

A few players remain on the precipice for Fremantle, with bigman Lloyd Meek one of them. Primary ruck Sean Darcy looked sore last time out, and the fixture squeeze could see Meek sneak into the starting side across the next few rounds, if not this week against Collingwood.