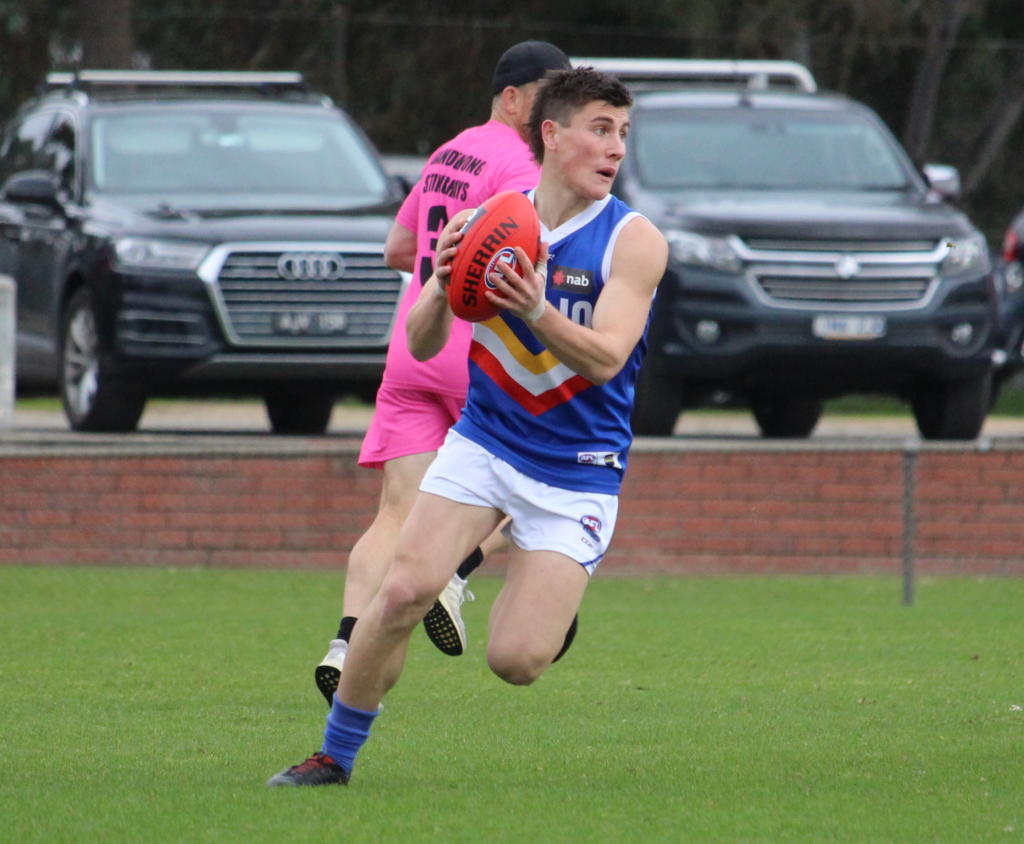 IF you are missing footy like we are, then let us somewhat salvage that with a look back in our series of Classic Contests. In today’s contest we look at one of the would-have-been Round 18 clashes in the NAB League this year between the Eastern Ranges and Murray Bushrangers. In this edition, we wind the clock back just over a year to when the two sides played out the closest contest between them in nearly a decade.

Two teams in hot form met come Round 13 of last year’s NAB League competition, though there was plenty separating them in terms of ladder position. In the red corner was Eastern, flying high on the back of five-straight wins which put the Ranges firmly in the box seat with a 9-2 record. In the blue corner, Murray had a patch of mid-late season form to string together three-consecutive wins coming into this contest, but would have to challenge the ladder-leaders without co-captains Lachlan Ash and Dylan Clarke.

That factor looked like having a telling impact early at Norm Minns Oval. While the sides went goal-for-goal across the first ten minutes with two apiece, the Ranges began to take hold of the opening term. If not for some inaccuracy (5.5), the visiting team would have been further in front, but were made to settle for a 17-point buffer.

In a case of déjà vu, the Bushrangers again found the opening major in term two, but were sucked into another goal-for-goal sequence – this time across the first 15 minutes of the term. The Ranges would break away again with two late majors, extending the margin to 28 points at half time.

The Ranges would of course go on to win the minor premiership in grand style on the back of a 12-3 record, but fell at the final hurdle to a rampant Oakleigh side in the decider. Murray added just one more win to its tally across the final month, and was bundled out in Wildcard Round by Dandenong after finishing ninth. Ash was the sole player across the two regions to be picked up in the 2019 National Draft, after Eastern’s Cody Hirst got his chance at Sydney at the mid-season opening.